EXCLUSIVE: Aravind SA, We Are Ready For You Da! 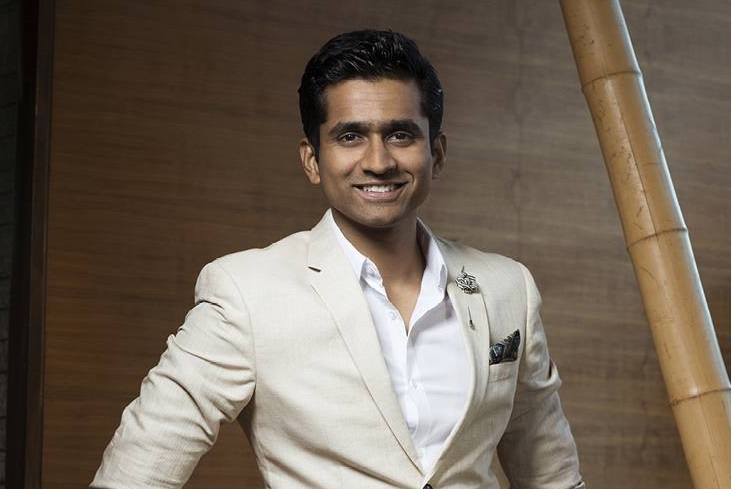 If you haven’t heard of Aravind SA, you obviously haven’t been exposed to the wonderful world of Chennai stand up comedy. One of the founding fathers of the stand up comedy scene in the city, SA, as he is affectionately addressed, uses his distinct Chennai-ness to his advantage and boy, has it paid off.

Aravind SA talks to Varnam about his journey in stand up comedy, the evolution of audiences and what lies ahead for him.

“I am just a sheep hiding in wolf’s clothing, pretending to be a wolf!”

SA is modest about his accolades. He claims that his foray into stand up comedy was just about being in the right place at the right time.

“I can’t take credit as being the forefathers of stand up comedy! Honestly, I tried it out just to see where it goes. In 2011 there was no real platform for stand up comics in India, let alone in Chennai,” he shares. “I was just in the right place at the right time. And i decided to put in sustainable efforts,”  According to SA, India woke up to stand up comedy only in 2014 as a result of YouTube’s popularization of the comics’ clips. Even then, it wasn’t easy.

“We had to build the idea of people paying for stand up comedy,” 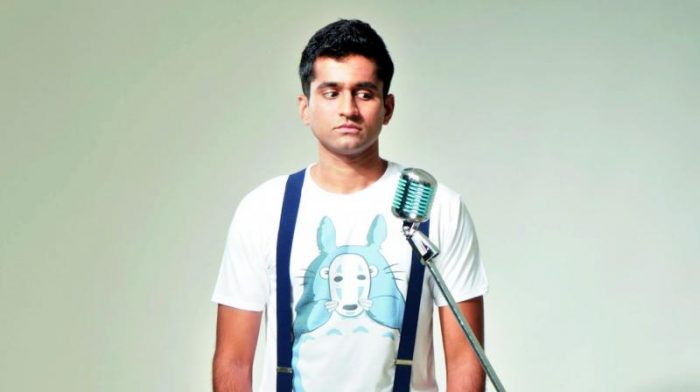 “In the beginning there was no money and no public interest,” SA explains how the few stand up comedians in Chennai tested out their material on each other, before even thinking of performing for the public. It was hard to book a venue and commit to a show with 30 minutes of material. To make matters worse, it was something that the public did not know they wanted, simply because they weren’t exposed to it. A demand had to be created, according to SA, “It wasn’t overnight stardom!”

“I worked hard at it, put in sustainable efforts and it paid off. Honestly, the same principle applies with anything in life,”

Now, things are different for the comic. “I can walk into a cafe and a slot will be created for me!” And yet, he is humility personified. “This privilege I have is incredibly humbling,” he tells us. For a guy who has just completed a world tour through 8 countries and 70 cities, SA has his feet planted firmly on the ground.

The appeal of stand up comedy in India is different

“It’s important to remember that the stand up comedy audience is barely 1% of the people. They are the anglicized, urbanized, privileged elite,” he shares. “To pay to watch, is not a big deal for them,” SA tells us that because stand up comedy is not mainstream in India, the audience is very small and insulated from the rest of the entertainment industry. “Even so, the numbers have increased exponentially. Every batch of college students that graduate and start working, we have a new audience in them.”

“In Tamil cinema, there are no first world problems.”

“This urbanized group gets almost no representation in mainstream entertainment,” he tells us. “For certain reasons, Tamil films and serials almost always focus on those from a lower socioeconomic background. And while these are fun, they are also geared towards the masses. That is where stand up comedy is different,”

“Even people who are absolute virgins to stand up comedy gravitate to it easily, because it is an anglicized common ground,”

“I mean, we are all exposed to western influences by way of media and social media and it is only natural for us to gravitate towards that,” he deduces. “Everyone just craves representation, that feeling of, hey this guy sounds like me, or like the guy next door when i was growing up!”

SA also tells us that he enjoys the seclusion of stand up comedy in the metropolises of India right now. “I am able to make jokes about political parties, laws, things like that. The same cannot be done in Tamil films. The stand up space is sacred and insulated form the mainstream entertainment, and that’s what’s amazing,”

It is very rewarding in the sense that anti-establishment material gets one more followers, says SA. “Also, it is good to enlighten people on what they commonly miss with mainstream entertainment that’s always painfully politically correct,” “My previous show Madrasi Da was a very Chennai heavy show. You would need some prior knowledge of Chennai, either lived there or visited to really get the nuances,” he explains. “I Was Not Ready Da is a very pan-Indian piece, and a very accessible show. It is relatable to every person out there. I have even performed it to a sold out crowd in Noida and Gurgaon in India, they can be labelled the least Tamil places in the world, and the audience loved it,” he gushes.

On whether he sees himself being accessed by other demographics 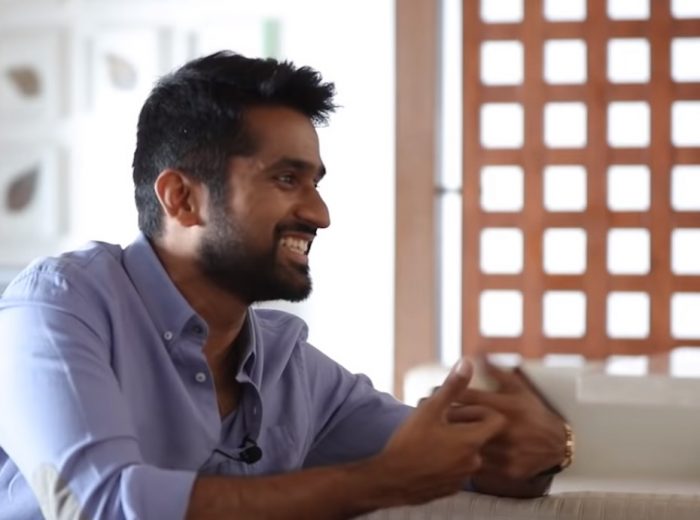 “The natural next step is to move beyond Tamil and make it Indian,” hence I Was Not Ready Da was conceptualized. “But i will never be able to shake off my Tamil English style of presenting, its just who i am,” says SA. “I can’t be an Aziz Ansari or a Romesh Ranganathan, who are both Tamil but have been brought up in the US and the UK respectively. They have sold out shows full of non Indians, and their material is accessible to everyone, and yet they have their own well defined styles,”

SA’s Tamil-English trademark delivery style, his body language, his generous usage of the word ‘da’ in his performances are not put on. He stays true to himself to see the funny side of things, and it is a formula that works wonders for the Chennai lad. He believes that his material is accessible to non Tamil speakers just as well. Even if he didn’t, he wouldn’t imagine doing it any other way.

“Don’t try to move away from who you are. Be who you are and be accessible to the world,”

SA talks about Gabriel Iglesias, and touches upon how he maintains his trademark delivery but has gone viral, the world over. “My family Whatsapp groups are full of Gabriel Iglesias’ videos, even mine don’t make the cut!”

“I really was not ready da!” 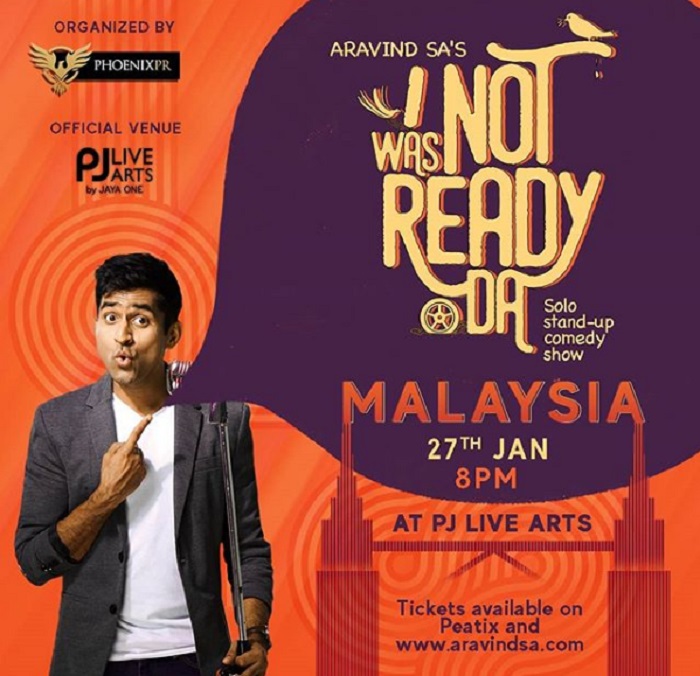 I Was Not Ready Da shattered records across India, having sold 2,400 tickets in less than 30 minutes, an achievement that SA playfully claims he was not ready for. “The support is really amplified by this,” says SA. “I know that i have a huge responsibility towards the audience, because with this intense ticket sales, comes very high expectations,” He keeps his creative process the same, always staying true to himself. “My accessibility to people is really the positive reinforcement that I need,”

The royalty of Chennai stand up comedy, Aravind SA, will land on Malaysian soil in a month’s time. The comic will perform his latest piece, I Was Not Ready Da.

The show will feature local stand up comic Prakash Daniel as the opening act. SA also promises that there will be a song at the end of the show, reprising the success of the Lungi Dance parody last year.

Presented by the good people who brought him over earlier this year, Phoenix PR, I Was Not Ready Da will be held at PJ Live Arts on the 27th of January 2019, from 8pm onwards.

The bronze category is already sold out, and the other seats are selling fast. Click here to get your tickets now.

Aravind SA, we are ready for you da!