Catch Alia Bhatt in her best performance yet. 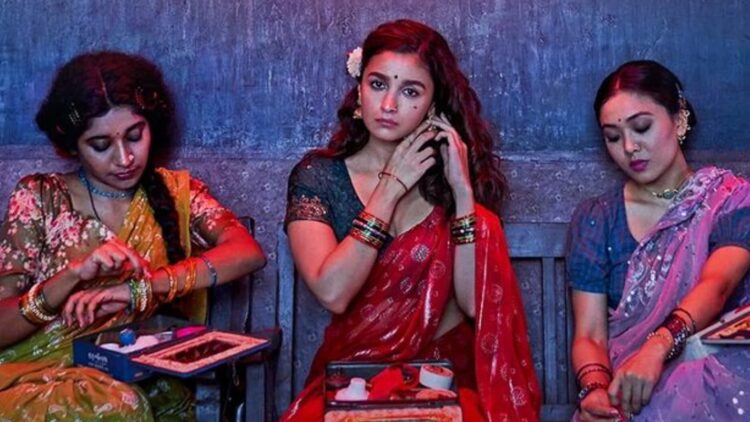 Have you watched Gangubai Kathiawadi yet on Netflix? You haven’t, have you? Phewww… It’s a good thing you haven’t seen the movie yet because I’m about to give you some spoilers before you do. Don’t worry, I’m not going to destroy this movie or give it a terrible review, but there are a few things you should know. So, shall we?

I witnessed a work of pure art by the juggernaut of genius, Sanjay Leela Bansali, while watching this film. When his starring actress flips her hair, his eyes hunt for magnificence and elegance in everything. In the Bollywood industry, his films such as Ramleela, Bajirao Mastani, and Padmavat have been marvels, and he is undoubtedly one of the top filmmakers with whom many actors aspire to work.

Since the release of the Gangubai Kathiawadi movie trailer, many people have been excitedly anticipating the release of the film, which has been delayed several times owing to the second wave of Covid in India, as well as another Alia Bhatt film by S. S. Rajamouli, RRR.

This is not your regular commercial Bollywood film with foreign location song sequences or challenging fighting scenes, but rather a journey about a lady whose story will never be told otherwise. Those days, there were times when movies were made solely for entertainment purposes. Even though, now, there are commercial films made merely for entertainment, there are films that stand out due to their compelling scripts.

Gangubai Kathiawadi, a biographical film, is a notable addition to the list. This film was made because the main character’s story needed to be told. For those who are unaware, this film is based on Hussain Zaidi’s book Mafia Queens of Mumbai, which portrays Gangubai as a woman of spirit rather than a victim of circumstance.

When I first heard about this film, I was really interested to learn more about Gangubai and whether or not she is a sex worker.

Many people have such a negative impression of prostitutes or sex workers that they don’t even give them the respect that they deserve as human beings. Especially in those days when such activities were deemed taboo and had a negative impact on society. They were not treated with dignity or on an equal footing.

There are scenes in this film that depict how sex workers were viewed and treated in public places such as theatres and hospitals. Not only them, but their children were also forced to deal with the same problem when they were young. They were denied the right to attend school and were forbidden from marrying since they were born to a sex worker.

And Gangubai fought for the rights of those women and children who didn’t really expect luxuries but only the most basic necessities, such as a house, education, and, most importantly, respect.

This film also depicts how, in those days, women were tossed or, even worse, sold to a brothel by their husbands or boyfriends for 500-1000 rupees.

According to a BBC report, a girl was 11 years old when she was taken to Mumbai, where she was promised a well-paid work as a housemaid to help feed her family due to financial difficulties. She ended up working as a sex worker in one of Asia’s notorious red light districts. A customer raped her, and she spent the following three months in the hospital.

This is how they end up, through compulsion rather than choice.

This film depicts how violent males can be towards a prostitute, and how she is raped despite being paid.

This film portrays every aspect of it, but don’t worry; the filmmaker devotes a considerable portion of the first half to setting the scene and acquainting you with his view. He doesn’t expect you to be in a hurry, thus the pace is leisurely. The first scene, on the other hand, will undoubtedly set the tone for how awful brothels really are.

Alia Bhatt deserves special recognition for her character in the movie, as this is widely regarded as one of her best performances in her career. One scene that significantly reached my heart was in a song sequence (Meri Jaan), when her lover tries to get physical with her, she stops him and instead tells him to caress her. Men have always exploited her physically, but none have ever shown her the affection, care, and intimacy that she craves.

So, that’s it, and on that point, I highly urge everyone to see this film tonight and, if possible, to share your thoughts with us. Have a wonderful weekend!