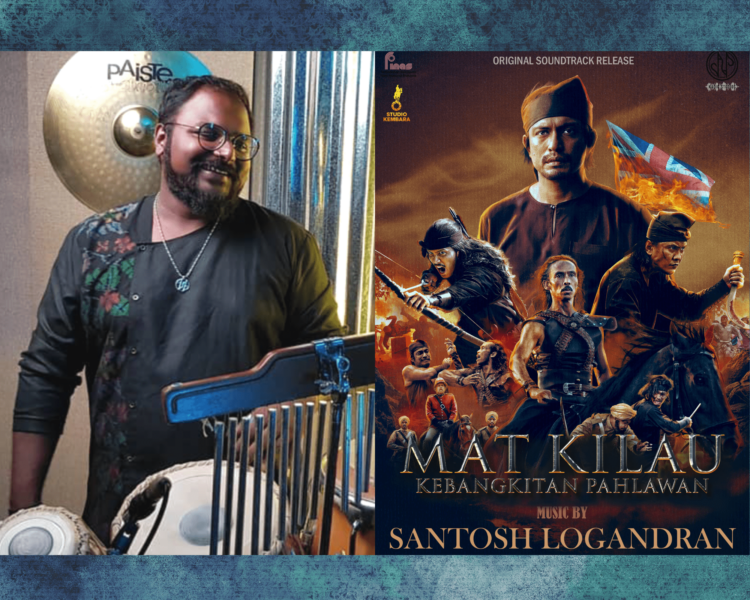 Those who have watched Mat Kilau: Kebangkitan Pahlawan would know the brainchild behind the masterpiece of this top grossing film soundtrack.

The multiple-award-winning music director and composer Santosh Logandran has once again soared high in the Malaysian music scene by scoring for the box-office hit film. The album, which comprises 13 original tracks from the film, is NOW available on all major streaming platforms, including Spotify. 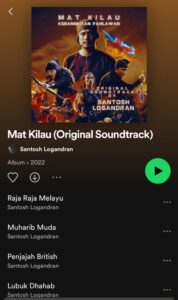 Distributed by Nadir Studios, Mat Kilau had set the stage for Santosh’s unique brand of music. Apart from being a film composer, Santosh is also a sound designer and singer-songwriter. The homegrown talent drew much influence from traditional music throughout his journey. His signature style of blending both traditional and modern music elements is a staple in his repertoires.

Speaking about Mat Kilau original soundtracks, Santhosh has shared some insights about his working journey in Syamsul Yusof’s film.

“ It was during the pandemic that I had been assigned to score for Mat Kilau, which means I scored the entire movie from my home studio. It was no doubt a challenge, but to me, I was working from home just like anyone else at the time. Little did I know I was scoring for Malaysia’s to-be highest grossing film from my humble abode.” – Santosh Logandran. 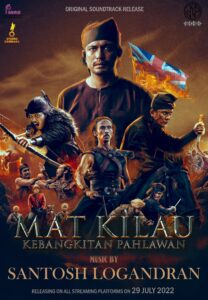 Working alongside director Syamsul Yusof was integral in achieving Mat Kilau’s distinct feel. Santosh tells us that he has tried to emulate the style of other film composers and failed. He then realised that he wanted to create a sound of his own.

“When scoring, I believe there lies a sweet spot between driving the film and staying under the radar. Breathing life into the scene without drawing too much attention to the music.”

However, his approach to his solo music is quite different. “ I believe when scoring for film, the picture is King, but when I am creating my own music, there is no King, only freedom.

Santosh collaborated with Mohd Hisharudy Mahmud, a local, traditional multi-instrumentalist who performed Mat Kilau’s signature tune with the Serunai. He also played the Rebab and Gendang Melayu for the film. 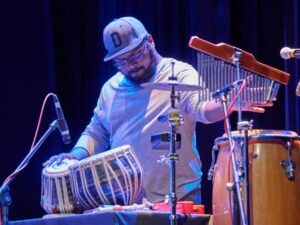 These instruments were brought together with resounding orchestral sounds, modern drums, and synthesisers. Santosh added a dash of his own voice in tracks Pembunuhan Rukiyah & Hasrat Terakhir an element he describes as his personal touch as a film composer.

Santosh is now building his A-Team to take on more projects and create a new sound for the Malaysian Film and Music Industry.

We can’t wait to see what the composer has in store for us!