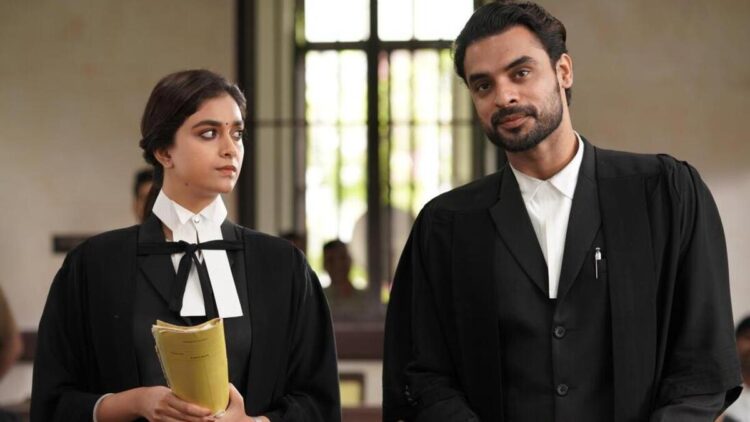 Netflix lovers are thirsty for more courtroom dramas to watch!

Thank god, a brand new court drama flick aptly titled, Vaashi came to the rescue by giving us cinematic moments that are built to be as tense and dramatic as possible to fit the life of a married couple as a lawyer as they play out on screen.

Directed by Vishnu Raghav, the courtroom drama genre was penned by Janiz Chacko Simon and Raghav himself.

Vaashi revolves around the story of Ebin ( Tovino Thomas ) and Madhu (Keerthy Suresh), two lawyers in the forge with their judgments and resolving personal conflicts. The two friends, who also happen to become partners along the course of the story, are startled by a case that puts them both on opposing sides of the courtroom. Ebin and Madhu are the prosecution and defense in a case that not only alters the path of their client’s life but also has profound due unavoidable effects on them.

The battle of ego and authority at its core brings liberal reforms by showing us characters who are rigid yet empathetic and a case where there is no right or wrong.

What shines the best in Vaashi?

The screenplay was rationally and carefully penned out. With a well-woven screenplay, Vaashi’s trailer got us thinking and wanting to know who will win the case at the end of the drama.

A scene set in the climax deserves applause! 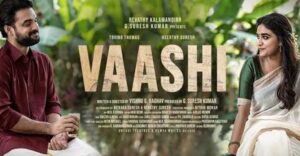 From the writer’s perspective, Vaashi can be said to be one of the most mature movies. When the EGO wins, it comes with a loss. Letting down your ego doesn’t make you weak but it makes you even stronger as an individual.

“Love is that condition in which the happiness of another person is essential to your own.” —Robert A. Heinlein

Besides assuming ego can always be satisfying, it might also destroy your happiness. But in a relationship, being equal is the most important factor, no matter who you are.

The director and scriptwriter have made the storyline more beautiful by emphasising the important elements which one needs to prioritise in a relationship. A special mention to both lead roles as the duo has taken the cake throughout the entire drama by giving spellbinding performances.

How should a relationship look alike? Well, you gotta watch this brand new drama to fill in the blanks.