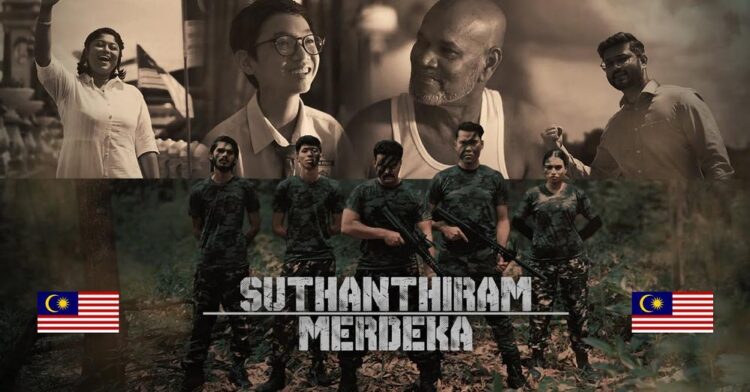 In the true spirit of Merdeka, a brand new track aptly titled Suthanthiram has been released and we just can’t stop listening to the song for its emphasis on embracing the Merdeka spirit.

Helmed and edited by the ever talented Vikknes Subramaniam, from the unique storyline to creative picturisation, the flow of the visuals create one awesomely designed music video. You deserve a pat on the back, man!

Composed by Barnabas JA & Jay Jefferson, Suthanthiram is a song which will either make you tear up or indulge in the voice of the vocalists. Jay Raaga , Yashini Raaga & Mc Alagen feat Vikknes Subramaniam, Rishwin and Arvin Bigsyze have pulled a rabbit out of their hat with this beautiful masterpiece and they are definitely one of the most talented and promising young artists today.

Mixed & mastered by Greenwaze Media Network , the newly released brand new music has been receiving a host of positive reviews from audiences. With such patriotic lyrics by Rishwin, the music director Arvin Bigsyze has done justice to this amazing tune. 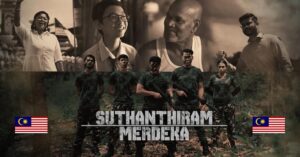 A special mention to the Director of Photography, Sree Tharan who made the enthralling and sophisticated visual treat which fits well into the music video. It was just too beautiful.

There can be a million different narratives that can be woven around every single thing in this world. However, music has the power to make you feel as close as it can get to any masterpiece.

Let’s give a special shout out to the entire production team and also the outstanding casts for offering the best music video to the audience. Thank you for bringing back a lot of nostalgic memories, guys!