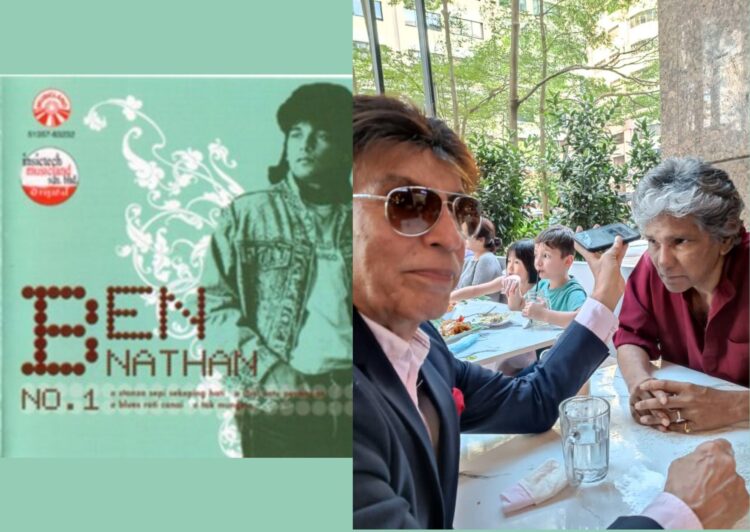 1980’s local singer popularly known for his Stanza Sekeping Hati song, Ben Nathan will be releasing his new single next month after a long break. Yayasan Kebajikan Artis Tanahair (YKAT) president Datuk DJ Dave said Ben Nathan’s single was delayed for almost a year due to the pandemic and Ben’s health crisis. After a year of waiting, the recording of the single is now in the midst of making its music video. Cultural Economy Development Agency (Cendana) contributed a fund of  RM20,000 for the making of the single and its music video.

Ben was found homeless and helpless in early 2017. He was then brought to a special home in Petaling Jaya with the help of YKAT where he was cared for by care takers as well as his brother Bob who visited him regularly. According to DJ Dave, Bob also said that there was a change in Ben when he understood that he could take care of himself. Bob added that he hopes the new single will keep Ben motivated and he will be well  received by local music listeners again.

DJ Dave also recently brought the 60-year-old shopping to buy clothes for the recording of the music video for the latest single. “I was happy to see him looking more handsome and healthy,” said DJ Dave. The Di Saat Enku Disampingku singer is expected to launch the music video for his latest single titled Untuk Kebahiagiaanmu next month. The launch of this single also aims to provide a source of income for Ben.