Since 2022 is almost here, why not take this moment to ponder on the local artists who have been gracing our Malaysian entertainment world?

You know their names, but you don’t know their journey! Our very own local stars have come a long way in the entertainment world, be it performances or commercial success. Long before they reached the heights, many of our current stars had a humble beginning.

Have you ever wondered how our local artists look before and how they’ve changed? Let’s delve into that today.

Known as one of Malaysia’s popular actors, Denes Kumar is a prominent figure in the entertainment industry.

Denes’s very first involvement in the creative industry was as a dancer for local television programs. He then began choreographing video clips for television shows. His foray into the entertainment sector began when he was offered a role as a host on one of ASTRO’s most popular shows, Aattam 100 Vagai. That experience led to more hosting opportunities as well as opportunities to act in a few films and local television series. He directs video clips, and one of his short films, ‘Chellam,’ was nominated for an Astro Short Film Award.

In addition, Denes is the producer of a number of Vimala Perumal’s short films. One of the short films was selected in competition at the 30th Busan International Short Film Festival in Korea and was among the top 60 in the world. His background in the arts and dancing prompted him to produce Vimala’s first feature film, Vilaiyaatu Pasange, which had a successful month-long run at International Screens, Golden Screen Cinemas in 2011.

He was highly interested in producing Vimala’s second feature picture, Vetti Pasanga, which is a sequel toVilaiyaatu Pasange, due to huge support. Early in 2014, Vetti Pasanga set a new record at the Malaysian Tamil Box Office. Later the same year, he produced and starred in Vere Vazhi Ille, the first Malaysian Tamil Zombie film, which earned overwhelmingly positive reviews from a nationwide audience.

Vedigundu Pasangge is the final sequence of the Pasanga Trilogy, and was the highest-grossing Malaysian Tamil film in 2018, winning the Malaysia Book of Records and a Special Jury Award at the Malaysian Film Festival. It had the greatest impact on the entire Malaysian Tamil Cinema, bringing the industry to a new competitive level in the eyes of the world.

After a long career in the film industry, Denes embarked on the release of the company’s first drama series, Tamiletchumy, a Malaysian-based Tamil family drama with a female empowerment theme. The series was well-received by the public, and the second season was launched on August 12th, 2021.

Recently, he came with a bang with a brand-new film family entertainer that carried an important message along with Jasmine Michael and Bigg Boss fame Abhirami.

Jasmin Michael recently marked her comeback in GAJEN’s movie which hits the theatre on 24th November 2022.

Be it back then or now, everyone has a very special spot in their heart for this alluring beauty.

Who doesn’t know the Queen of the vocal?

Jaclyn Joshua Thanaraj Victor is a Malaysian singer, songwriter, actress and businesswoman who is very well known for her peculiar vocal range. This songstress won the inaugural Malaysian Idol, Ikon Malaysia and even the latest singing competition Gegar Vaganza Season 9. As the winner of Malaysian Idol, she won a recording contract with Sony BMG Music Entertainment. She represented Malaysia in the first Asian Idol and Ikon Asean. She has been dubbed “Asia’s Divette” for her vocal prowess and is a legend who is loved by the entire nation. She is also known for her Malay-language hits such as Gemilang, Di Pohon Asmara, Wajah, Cepat – Cepat, Ceritara Cinta, Satu Harapan, Bertamu Di Kalbu, Beribu Sesalan, Jagalah Diri, Ikut Rentaku, Seindah Mimpi and Nisan Cinta.

This queen will forever will be ruling our playlist and heart. 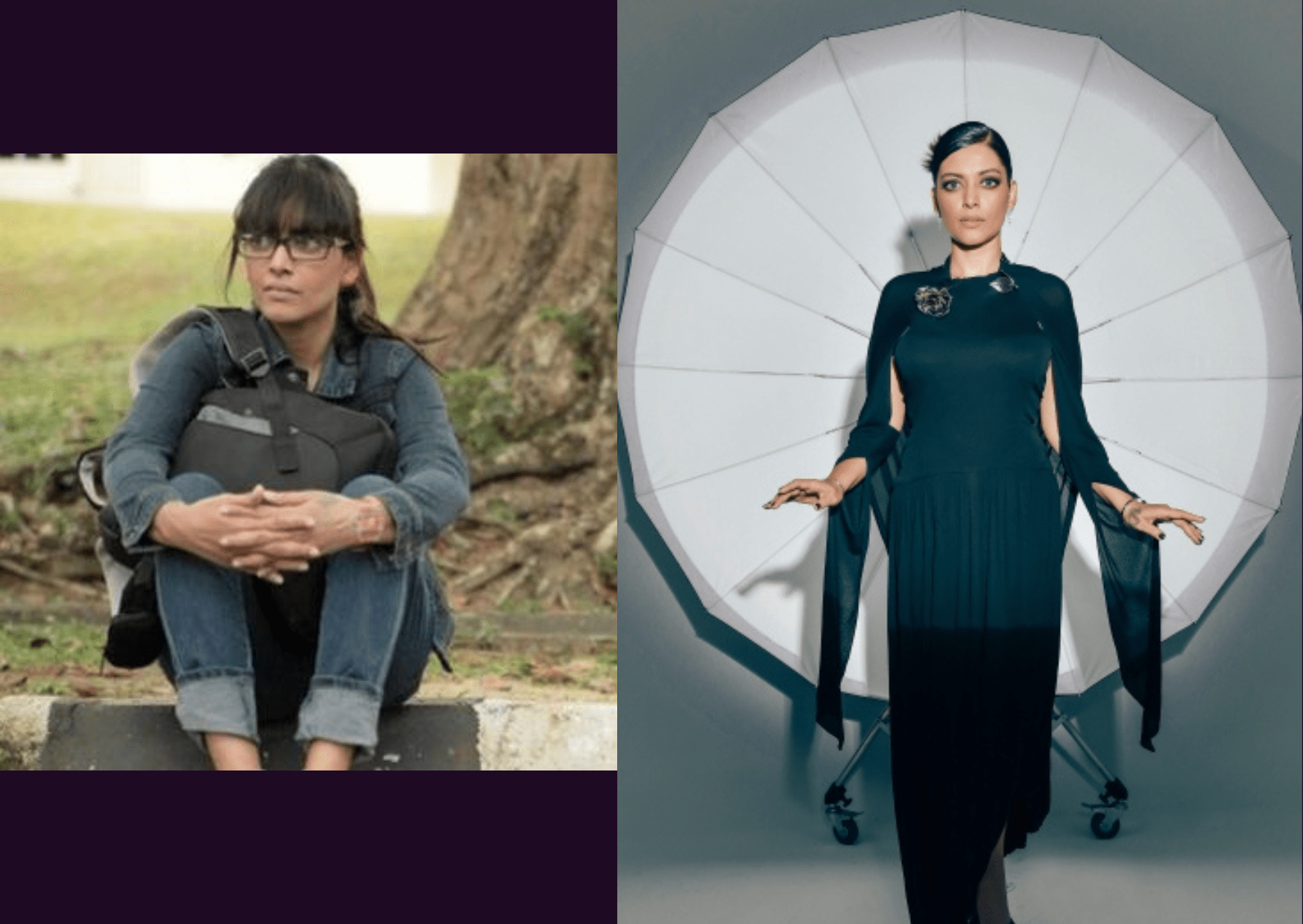 Sangeeta has recently been rising steadily in her acting career. The Malaysian actress and model has been on the rise since she delivered an excellent performance through Vetti Pasanga & Vennira Iravugal. Vennira Iravugal became an acclaimed Malaysian Tamil movie after it was screened in several film festivals around Europe and won a special jury award at the Norway Tamil Film Festival in 2014, subsequently taking home all 5 awards in all categories at the Malaysian Kalai Ulagam Awards in 2015.

Do you know this Malaysian actress has acted in Venkat Prabhu’s hit movie Goa?

She also receives tonnes of recognition for her acting, namely at the Malaysian Kalai Ulagam Award 2015, she bagged the Best Actress in Movie and Telemovie category. The FFM 29 Best Film, Adiwiraku earned her the Best Actress of 2017 award and marked her first venture into mainstream Malaysian cinema. Despite being a newcomer and her first film in the Malay language, she made it to the top five of the Best Actress category and subsequently also won at Anugerah Skrin and The Kuala Lumpur Film Critics Award, making her not only the first Indian but also the first actress to win all three in the same year.

The critically-lauded award-winning marked her return to the big screen this year with the blockbuster film, Air Force The Movie: Selagi Bernyawa and Juang.