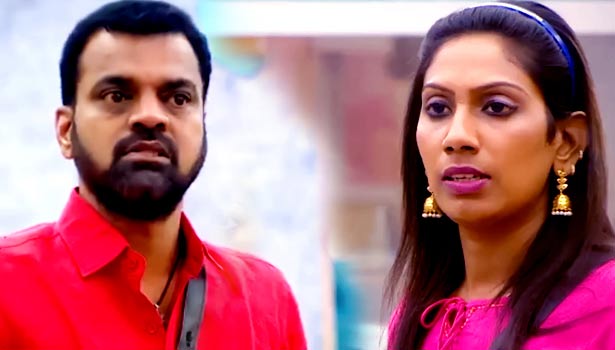 Comedian and host, Thaadi Balaji, and his wife, Nithya, made their marital troubles public when they participated in Season 2 of Big Boss Tamil hosted by Kamal Haasan. Multiple attempts were made on the reality show, by fellow contestants and the show producers, to reunite the estranged couple for the sake of their daughter, Poshika.

Things have taken a bitter turn with the couple as Nithya lodged a police complaint against Thaadi Balaji for physical assault and death threats at the Madhavaram police station in Chennai. The couple have been at loggerheads over the past 2 years. Nithya claims that both her and her 7 year old daughter were subject to mental and physical abuse. In a recent incident, Thaadi Balaji vandalised the property that Nithya lives in and threatened to kill her.

This is not the first time that Nithya has filed a complaint against Thaadi Balaji. She approached authorities for protection from domestic violence two years ago.