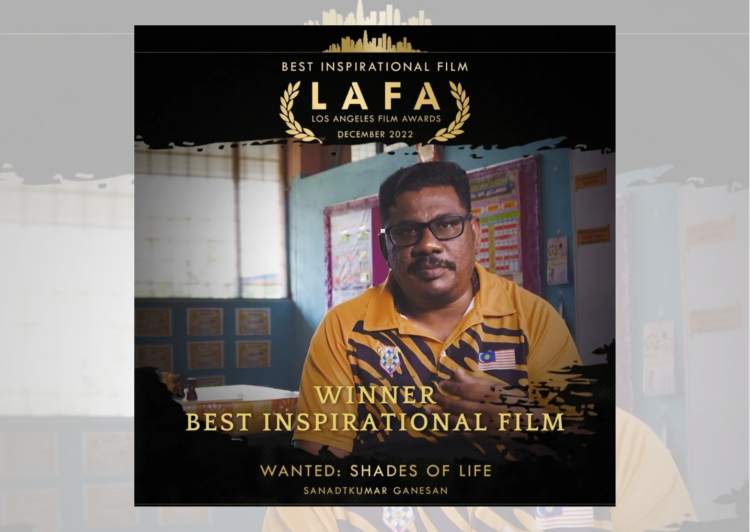 When it comes to learning new things, there is just no age limit. Regardless of your age, you can succeed if you have the right passion and motivation. This was recently proved by a young filmmaker who won a coveted award on an international stage.

Sanadtkumar Ganesan, a 22-year-old documentary filmmaker won the ‘Best Inspirational Film’ at the Los Angeles Film Awards for his upcoming film centred around a former gangster turned Malaysian SEA Games Medallist victor. The latest instalment of the ‘WANTED: Shades of Life’ documentary series follows the astonishing transformational journey of Genkeswaran Muniyan, who, despite all odds, turned his life around to inspire thousands of students across the country to pick up the game of chess as a means of improving and developing themselves. 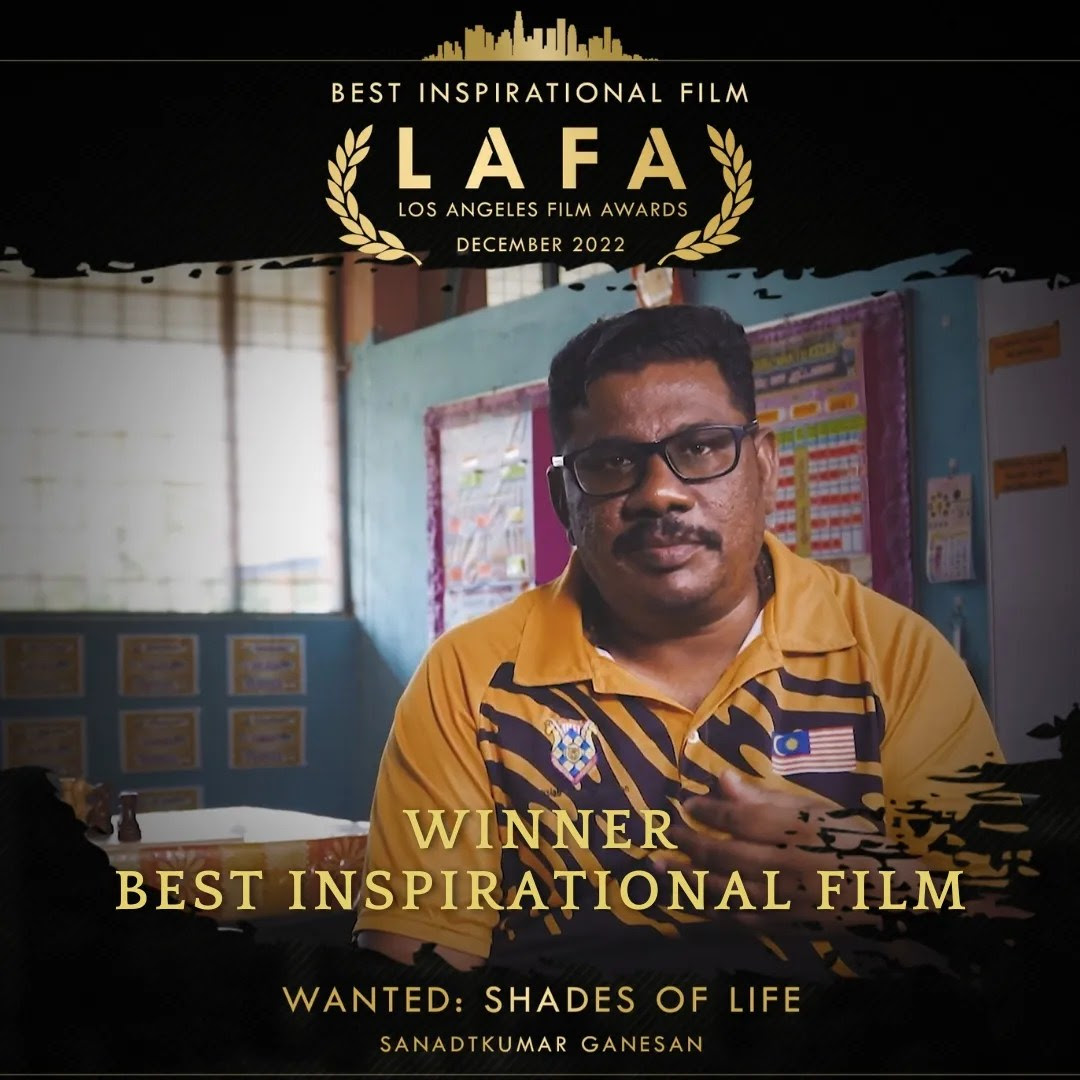 The director of ‘WANTED: Shades of Life’, Sanadtkumar, more fondly known as Sanadt, started this docu-series to tell the untold stories of everyday Malaysians who took the road less travelled and left a lasting impact in their communities. The latest documentary revolves around Carey Island-native, Genkeswaran (also known as Gen), who, after going to jail, decided to turn a new leaf.

Starting afresh, Gen found his passion in the game of chess, leading him to represent Malaysia in the 2013 SEA Games held in Myanmar, where he brought back a Bronze medal for the nation. After his triumphant win, Gen founded his chess school, Chess Master Journey, to make the game more accessible and provide opportunities to youngsters like him.

“When Sanadt wanted to take a documentary of me, I just proceeded with it because he had already done a couple of documentaries before that. Even during the documentary filming, I noticed a lot of things – it was joyful and they were a group of youngsters. Youngsters are the future of life, so I was happy to have my story told through them,” said Genkeswaran Muniyan.

Fresh off their interview on Astro’s ‘Saravedi Night with Aanantha & Uthaya’, the young director and the star of the film shared their overjoyed reactions when they received the news from Los Angeles. “I was very excited to hear the news about the award! A film about Gen’s story, which my team and I shot, is watched by people from Los Angeles and New York. That is very satisfying,” said Sanadt during the live interview, who is also a final-year film production student at Toronto Film School in Canada.

With the film’s premiere set for 26th March 2023, the reenactment of Gen’s heartwarming story bagged other accolades, including ‘Best Documentary’ Award at FilmCon USA (January 2023) and Finalist at the New York International Film Awards (November 2022).

In addition, the documentary, often referred to as  ‘WANTED EP 3’, is currently completing its festival run in the United States and Sweden, with Official Selections at the Stockholm City Film Festival (November 2022) and Festigious International Film Festival Award (January 2023).

Congratulations Sanadtkumar and his team for this remarkable achievement!

As the cast and crew gear up for premiere night, many of Gen’s students are excited to watch his inspiring story on the big screen.

Check out the trailer here.