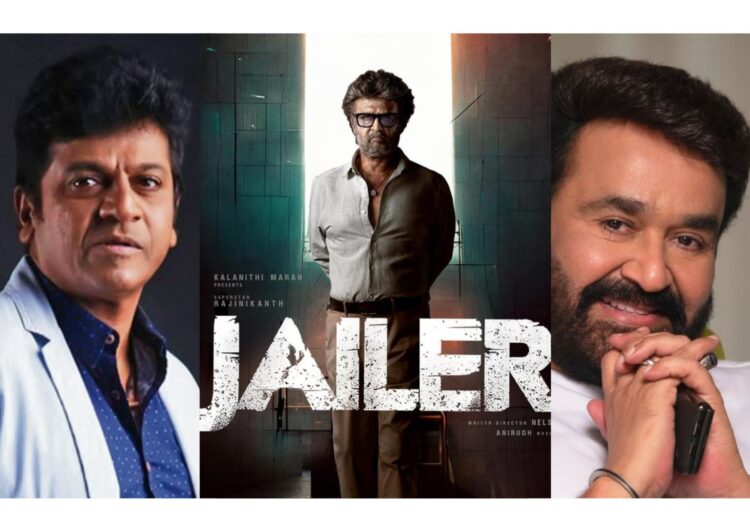 Regardless of age, India’s superstar Rajinikanth will always amaze his fans with his stunning acts. Superstar is now all set to release his 169th film this April.

There were speculations earlier that Malayalam superstar Mohanlal is a part of superstar Rajinikanth’s upcoming film with director Nelson, Jailer. Now, the makers have confirmed the news.

According to India Today, Superstar Rajinikanth and Mohanlal were reported shooting together on 8 and 9 January, in Chennai mostly, for the film Jailer. Jailer is helmed by Beast director Nelson Dilipkumar and produced by Sun Pictures.

Sun Pictures recently tweeted Mohanlal’s poster of him on sets.

Whereas, Kannada actor Shiva Rajkumar plays an important role too in this movie. Jailer’s music is composed by Anirudh.

Currently, Rajinikanth is engaged in his movie Jailer and his daughter Aishwarya Rajinikanth’s film, Lal Salaam. There have not been many updates about Lal Salaam as the filmmakers are keeping all the details unrevealed.  Rajini is said to play an important cameo role in this film along with lead actors Vikranth and Vishnu Vishal.

What fans are more excited about is that Jailer, an action comedy, is bringing together three legends from three different film industries Tamil, Malayalam, and Kannada.