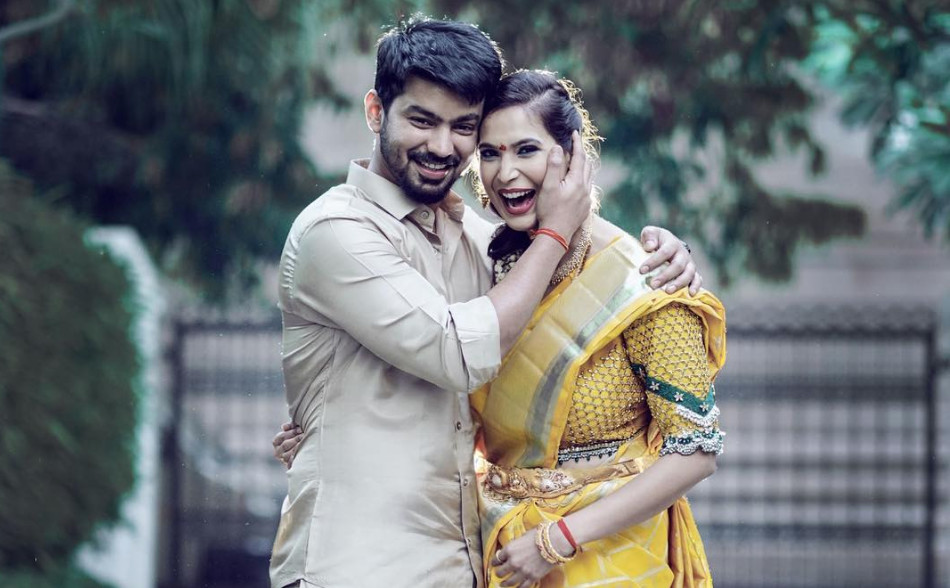 Mahat Raghavedra of Big Boss fame has made it official that he is engaged to his long-time girlfriend Prachi Mishra. She was crowned Femina Miss India Earth 2012. She also has participated in a couple of beauty pageants. He has acted alongside Ajith in ‘Mangatha’ and alongside Vijay in ‘Jilla’ .

However, Mahat became even more popular after his entry into the reality show ‘Bigg Boss’ hosted by Kamal Haasan on Vijay TV.

The whole Big Boss drama made him a hot topic of discussion among the audience. The audience thought that there was a fling between him and Yashika Anand.

Yashika was strong, bold and she was herself. On the other hand, Mahat was fun, energetic and emotional. However, the two was reportedly in love with one another and was seen spending a lot of time in the Bigg Boss House.

Later, when Yashika confessed her feelings for the ‘Jilla’ boy to Kamal Haasan, Mahat said that he cannot take this relationship any further because he has a girlfriend outside of the Bigg Boss house.

These would have been planned by the writers. I mean, it is time for the audience to know that, even reality TV shows are scripted and it was done to create that hype.

Mahat posted a photo of him and his fiance and captioned it, “Engaged.”

We cannot wait to see how grand the wedding ceremony is going to be. A huge congratulations to the couple!