Trisha To Play Leading Role As A Detective In ‘Kuttrapayirchi’ Actress Trisha has signed yet another female-centric film, Kuttrapayirchi, set to be directed by Verniq.

Kuttrapayirchi is based on a true story – Trisha’s character is based on the life of Rajani Pandit, India’s first female detective. Rajani Pandit, also known as India’s Sherlock, is famous for solving a lot of complicated cases during her time.

The film, set in 1980s, will also feature Priyamani, Surbhi and Super Subburayan alongside Trisha. Kuttrapayirchi will be produced by G.Vivekanandan under the banner Sri Guru Jothi Films.

“It is based on detective Rajani Pandit and all incidents are based on true events. She solved a lot of complicated cases in her time. I liked the script because of the complexities — she’s been forced to change identity so many times for her work,” Times of India quoted Trisha as saying. 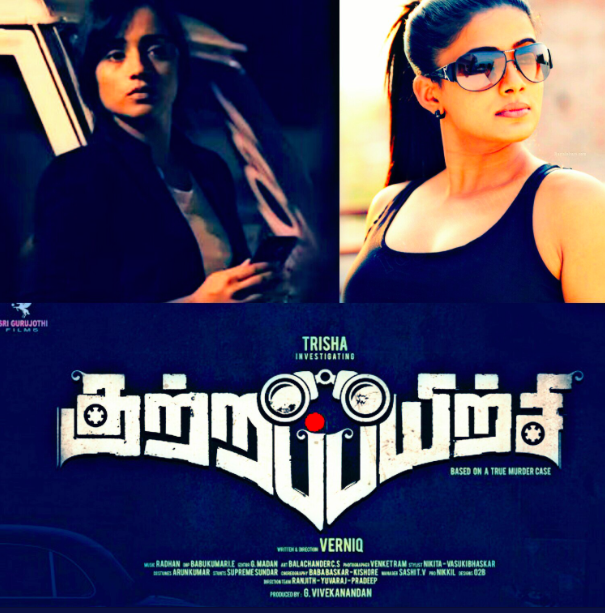 “That had a very interesting dimension since it’s basically one person undertaking different roles. And yes, there is a lot of homework to do more so because she’s real.”

“In fact, we begin the pre-production work and look tests in the first week of February. We should begin shooting for the film in March,” Trisha added.