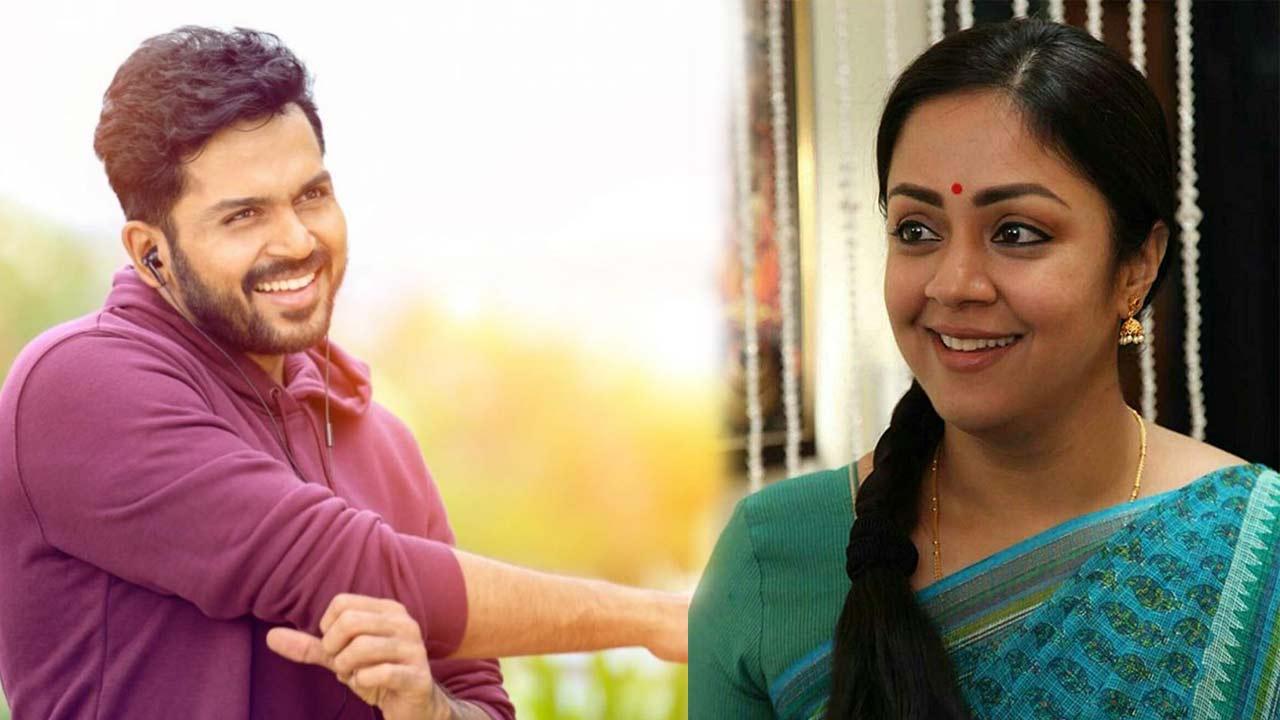 The film will see the two actors playing siblings.

Director Jeethu Joseph returns to Kollywood with a new project starring Jyothika and her brother-in-law Karthi.

It will be the first time for them to be sharing screen space.

The project is yet to be titled.  It stars Sathyaraj in a crucial role. The makers released a special poster to mark the occasion of the commencement of the project.

The film features Jyothika and Karthi as siblings.

Karthi took to Twitter and wrote: “Thrilled to share screen space with Anni (sis-in-law) for the first time. Looking forward to work with Jeethu Joseph sir. Sathyaraj sir brings more strength to us. With all your blessings shoot begins today.”

The film has Govind Vasantha to do the music. The makers are yet to reveal the rest of the cast and crew.

Jyothika is juggling between two projects which were launched recently. In one of the films, she plays a school teacher. She also wrapped up shooting for a comedy flick with director S. Kalyan, who had previously directed Gulebaghavali.