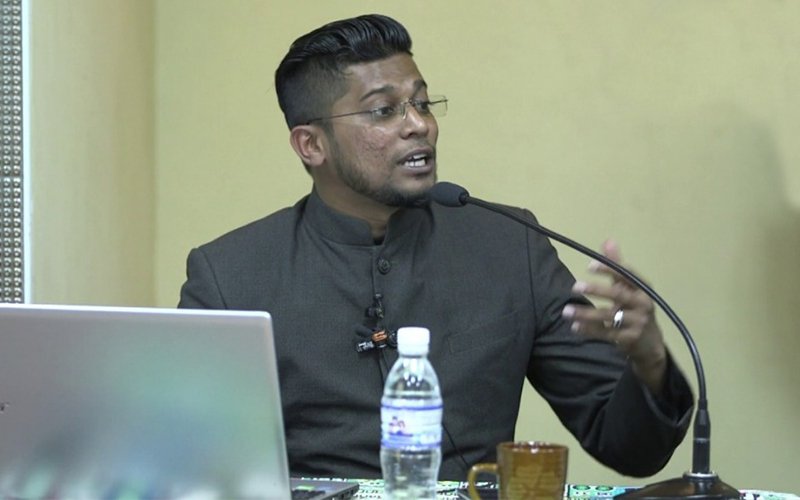 Islamic preacher Mohammad Zamri Vinoth Kalimuthu was arrested yesterday for insulting the Hindu religion. The freelance speaker was picked up in Perlis after multiple police reports were lodged against him.

A minute long clip of Mohammad Zamri has been circulating through popular messaging application Whatsapp and on various social media outlets for the past one week. The clip is a snippet of his speech at the As-Siddiqin Mosque in Kampung Pan­chor, Kel­antan, on December 30th last year. In it, Mohammad Zamri openly criticized Hinduism for having millions of Gods, and belittled Hindu religious practices.

Mohammad Zamri was picked up by the Perlis Serious Crime Division in Kangar. He is being investigated under Section 298A of the Penal Code for causing disunity and spurring hatred among the people and Section 233 of the Multimedia and Com­munications Act for misusing network facilities and services.

Today, the Inspector-General of Police Tan Sri Mohamad Fuzi Harun issued a statement saying that the number of police reports against Mohammad Zamri for denigrating Hinduism stands at 867.

“Investigation proceedings have already begun and he will be called in for questioning, if and when the need arises,” Fuzi said. The IGP also revealed that Mohammad Zamri has been brought to Dang Wangi for further investigations.

It was revealed by the police that Mohammad Zamri has an existing criminal record and is being investigated for voluntarily causing hurt, for criminal breach of trust and a rape case.