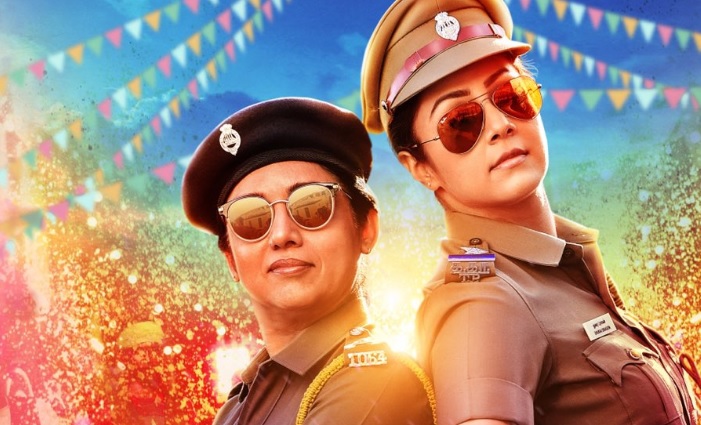 Jyothika and veteran actress Revathi’s soon to be released Tamil film has just got a title, Jackpot.

The first look poster of Jackpot was released earlier this week, and the duo are seen in police uniforms standing against each other, with celebratory confetti in the background. It is unclear whether the ladies will be portraying police officers in the film.

Directed by Kalyaan, Jackpot will be produced by Suriya’s production house, 2D Entertainment. The film will also feature popular comedian Yogi Babu in the main cast. Suriya took to Twitter to release the first look posters of Jackpot.

Kalyaan is a young director who has tasted success with his previous film, Gulaebaghavali in 2016. Jackpot seems to already have the ingredients of a hit film. Both Jo and Revathi are established names in the industry with loyal fans. But will it reach the heights that Gulaebaghavali did?

The release date for Jackpot has not been announced. More updates to come.