Can you imagine how huge this film is going to be?

Surya has a huge fan base, almost pan Indian I would day and Mohanlal; a legend in Kerala and whole of India, this film is huge!

I just hope that ‘Kaappaan’ will be a better outing for Surya as he could use a win. ‘NGK’ was so terrible and one of Selvaraghavan’s worst film. Do read our review on ‘NGK’ here.

‘Kaappaan’ is easily one of the most anticipated films of the year as it has the Tamil star Suriya and the Malayalam super star Mohanlal in the star cast. 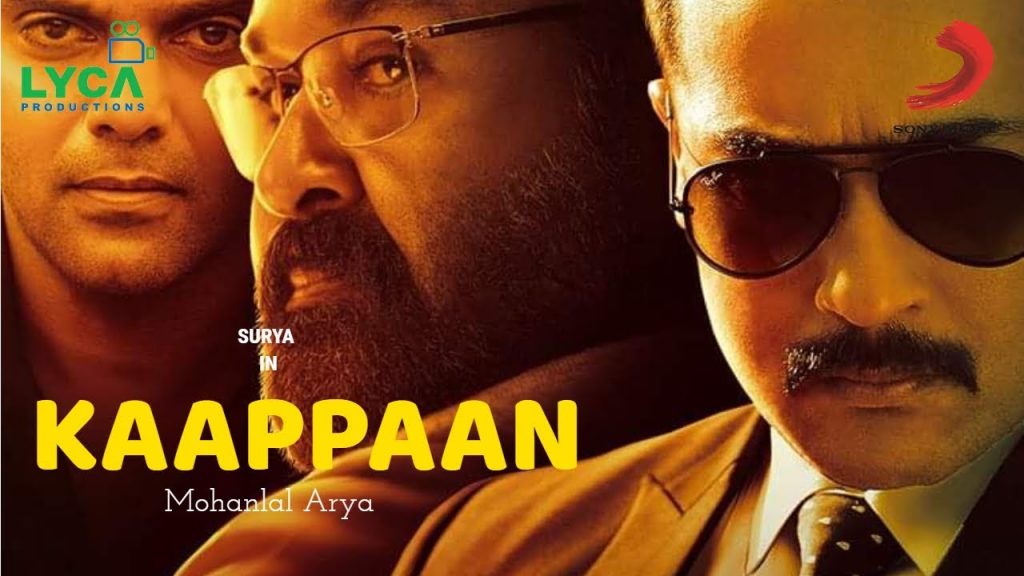 Mohanlal plays Arya’s father in the film. Suriya’s role in Kaappaan, will be seen as the bodyguard for Mohanlal and Arya.

The film has been scripted jointly by director KV Anand and veteran writer Pattukottai Prabhakar with the former wielding the megaphone for it.

Harris Jayaraj is the music composer for this film. The film’s shooting began in London last year and will be shot in various places including New York, Brazil, New Delhi and Hyderabad.