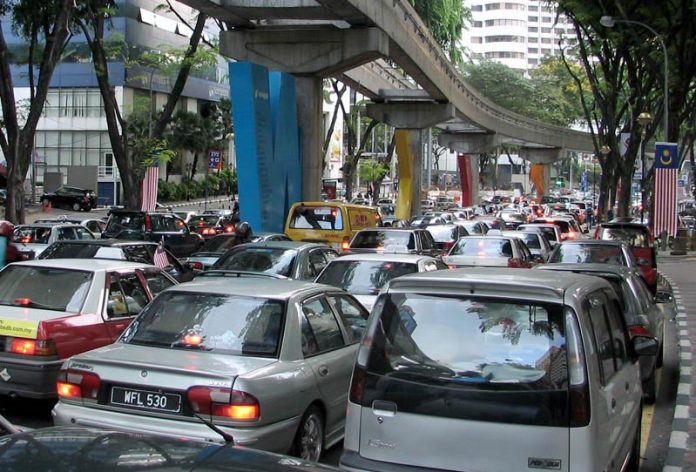 A recent news has left Malaysians whom take the Bangsar route in shock after a dead body was found in the middle of the road. The dead body is believed to be that of a man, in his 30’s with severe stab wounds.

The police have currently closed Jalan Bangsar after the body discovered was believed to be a murder victim in the centre of the road earlier this morning at 5.38 aM

The Kuala Lumpur City Hall (DBKL) had informed road users of the closure at 7:20am today upon discovering the dead body.

Based on a Harian Metro report, the path from KL Sentral to Abdullah Hukum is closed in order to allow the police to perform an on-site investigation.

road users are urged to follow alternative routes to reduce traffic, By Taking Jalan Tun Sambathan to Jalan Syed Putra to the New Pantai Expressway (NPE) from the Federal Highway.

The road from KL Sentral to Jalan Maarof has also been routed for the time being, according to a Facebook user.

The unknown body with no indentification documents has now been sent to University Malaya Medical Centre (UMMC) for post-mortem procedures. The case is now reported under Section 302 of the Penal Code for murder till further investigation is carried out!

ACP Zairulnizam, have requested the public with any information regarding the victim to immediately contact the police at 03- 22979222.