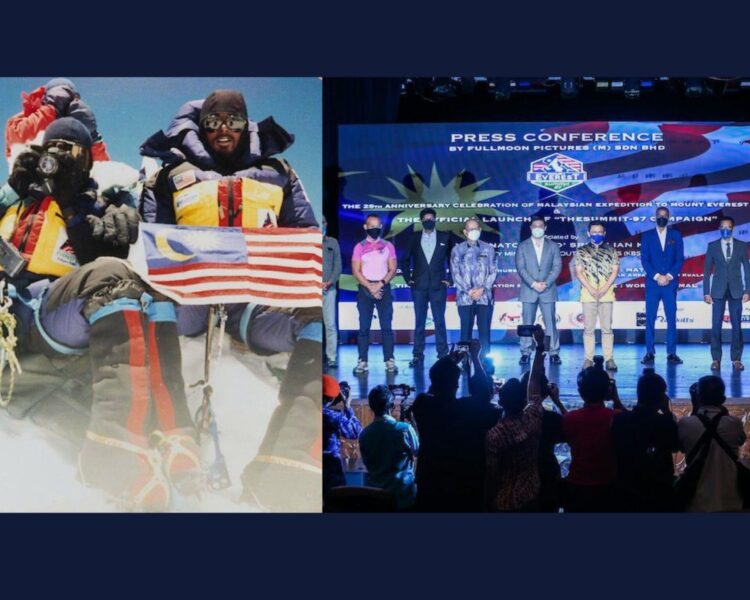 Datuk M. Magendran, the first Malaysian to conquer the summit of the world’s highest mountain is all set to get a media franchise to commemorate the 25th anniversary of the historical event.

According to Malay Mail, local producers Fullmoon Pictures Sdn Bhd have started the RM150 million ‘The SUMMIT-97’ franchise, which will recount the team’s gruelling climb to the summit.

The voyage will be released via several mediums, including books, documentaries, animation films, original soundtracks, behind-the-scenes footage, as well as a virtual reality game app, and a feature film aptly titled ‘Peak of Heaven’, stated the report.

Magen made it to the top of Mount Everest at 11:55 am local time, 15 minutes before the rest of his team members reached.

“I was overwhelmed because before this, the most we could do is come up with a book for our 25th anniversary but never did I imagine there’s a team working towards making a move out of the 1997 Malaysia-Everest Expedition.

“I think it’s something out of the box, and considering the plight of our country, I believe a multiracial success tale is exactly what Malaysia needs right now,” he told the reporters.

Magen along with N. Mohanadas were part of the first “Malaysia-Everest Project 97” jointly organised by the Malaysia Mountaineering Association and the Ministry of Youth and Sports. Mount Everest is the world’s highest mountain, with a peak at 8,848 metres (29,029 ft) above sea level.

Izzat Hazim, Co-Founder and Managing Director of Fullmoon Pictures, stated “The SUMMIT-97” campaign was established to enable viewers to grasp the challenges and struggles faced during the climb through the production of – animation films, documentaries, books, original soundtracks, feature films, behind the scenes footage, and game applications. RM100 million was allocated for the feature film itself, titled – PEAK OF HEAVEN, to bring in international celebrities such as – A. R. Rahman, Guy Sebastian, Henry Golding, Phedon Papamichael, and more, making it a world-class production that is suited for international audiences.”

Also joining the team is award-winning cinematographer Phedon Papamichael, who has worked on films such as Ford vs Ferrari, and Nebraska, among others.

As per the portal, ‘Peak of Heaven,’ which is slated to be released in the middle of next year, intends to attain a few Guinness World Records, including becoming the first South-East Asian film to incorporate the Stagecraft technology to visualise a hyper-realistic atmosphere of Mount Everest in real-time.