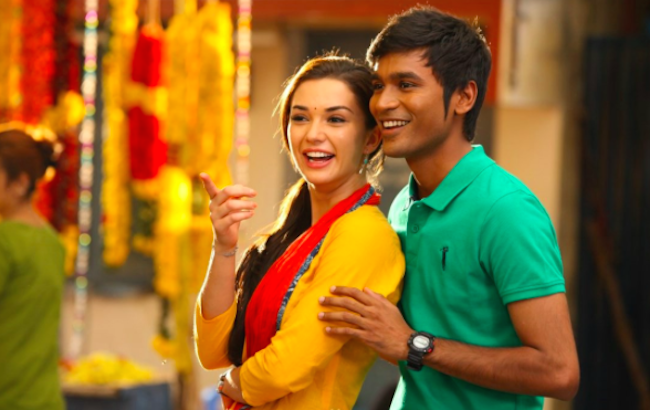 Growing up in an Indian family, I inevitably spent a huge chunk of my time watching Tamil cinema and imbibing the Indian pop culture. When I was much younger, I enjoyed all the films, all the heroism, the punch dialogues, and the romantic love scenes.

But as I got older, a few things about Tamil cinema started making me uncomfortable, especially the casting of female leads a.k.a heroines in Tamil movies. It is always someone who has fair skin and long silky hair (so her hair can fly when she walks slow-mo next the hero and he can conveniently fall in love her). The hero then proceeds to tell his guy friends that he met this extremely beautiful girl who has milk-coloured skin, neck like a conch shell, long hair like a goddess, and on and on.

The only problem with that is that it’s not the accurate representation of an Indian girl. For one thing, most southern Indian girls (and guys) are dark-skinned. As Vivek aptly said it in “Sivaji: The Boss”, “Dravidian oda unmaiyane niramey karuppu!” (the true color of the Dravidian race is black). But in Tamil movies, that only applies to the hero.

And if passing off fair-skinned North Indian actresses as Tamil girls is not enough, now we’re also passing off a British girl as a Tamil girl. So here are five problems I have with Amy Jackson as a Tamil movie heroine:

Will we ever see a white guy being passed off an a Tamilan in Tamil movies? The answer is a resounding no. The odds of that happening are literally 0 in a million. We once had American actor Bentley Mitchum star alongside Jyothika in “Little John”, but it was made clear that he was a white guy from Pittsburgh who was merely visiting India.

Things are different with Amy Jackson. Despite being a full-fledged white girl, I’ve lost count of the number of times she was passed off as a Tamil girl in Tamil movies – with the exception of “Madrassapattinam”. In movies like “Gethu”, “Theri”, “Thanga Magan”, she is brazenly portrayed as an Indian girl who speaks fluent Tamil.

2. She has zero acting experience

While it is a norm for singers and models to turn to acting, Amy Jackson’s leap from an unknown model to playing the leading role in Tamil movies is baffling. At least Bentley Mitchum was an established actor who had starred in a variety of films and TV series prior to appearing as John in “Little John”.

Let’s go back in time and take a look at some of the biggest names in Tamil cinema. You’re probably thinking of the likes of Saroja Devi, Jayalalithaa, Banumathi; or perhaps more familiar with Meena, Revathi, Kushboo, Ramya Krishnan, or Sneha. More recently, we have the likes of Nayanthara, Shreya, Samantha, Kajal Agarwal, and more. With a huge talent pool of Indian actresses, it baffles me why we need a British girl to fill in as a Tamil girl in Tamil movies.

As it is, we already have a major problem with Tamil movie directors casting ONLY fair-skinned actresses as heroines. We rarely see dark-skinned actresses in leading roles; they are usually shoved aside as a friend or the sister to the main characters. This has set unrealistic beauty standards among Indian girls who resort to bleaching and skin treatments to lighten their skin tone to look like their favourite movie stars. It’s sad that we don’t have a ‘Halle Berry’ or ‘Zoe Saldana’ to look up to, because every Indian actress look like they have been dipped in vanilla ice-cream.

With the rise of Amy Jackson, the perception of “normal” beauty continue to get distorted on screen. Fair skin alone will no longer suffice, you need to have pale, white skin to be considered attractive.

5. This whole ‘introducing-new-heroine-who-can’t-speak-Tamil’ trend is getting worse

Amy Jackson is not the only example here, we also have the likes of Nila, Tamannah, Hansika, Genelia D’Souza, Shreya, Sameera Reddy and more. Isn’t it weird that we’re talking about the Tamil film industry – and yet it is difficult to come across an actress who can actually speak Tamil?

Yes, directors are free to cast whoever they like in the movies. Amy Jackson is beautiful and hot, she’s the ‘in thing’ now, and her name sells. But then again, it is important to note that this will never (and I use ‘never’ with a conviction) happen with the hero. There is no way that we will one day watch a Tamil movie where a white guy is being passed off as a Tamilan and a hero.

For a society that is always harping on preserving our culture and giving people a hard time when they choose to speak English over Tamil, we sure accept a white actress to dominate Tamil cinema so easily. Shame on us for succumbing to neocolonialism. 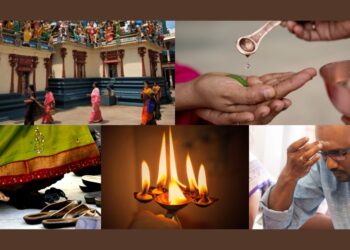