“How can I perform at the Malaysian Independent Live Fusion Festival and not sing an indie song?” asks Shweta Mohan before she sings her single, Yaavum Enadhe.

Initially slated for 9th November 2019, the concert was pushed to two weekends later, the 23rd. This may have been why it wasn’t a sold out concert. Add to that the first weekend of Malaysian school holidays, and concert goers were blessed with a traffic free journey to KWC StarXpo Centre, and a queue-free ticketing booth at the venue.

In spite of the postponement, Mojo Projects were on the ball from the start. Concert goers were reminded to dress comfortably, as the venue isn’t air conditioned. The bassist of The Jagats, Steven, took this a step further and was seen performing (brilliantly) in a singlet. There were also air coolers placed strategically throughout. An emergency contact number was given, and security was ample. Nicely done, guys.

In usual fashion, the concert began at 6pm sharp, with Nikhil Mathew kicking it off with The Jagats. Nikhil flaunted his ability to make every song his with Mandram Vantha, Malare Mouname and En Kaathale. He threw in a few fantastic ad libs as well.

The real star of this set, however, were The Jagats. Their arrangements were spectacular. They cleverly melded the music of MJ’s Billie Jean to the song Manjal Veyil. The crowd went crazy when Lawrence Soosai sang a bit of Oru Devathai. Well done, Lawrence, Steven, Vinod and Thiru of The Jagats.

However, it was obvious that Nihkil didn’t have enough time to perform with the Jagats. Cues were often missed, and the singer himself looked disappointed at one point. Of course, neither Nikhil nor the Jagats can be blamed for this.

The emcees for the evening were Ananthaa and Pritha. Ananthaa’s unparalleled emceeing experience was evident that night. Pritha held herself well, and the duo did a great job. It was very well thought of to have independent Malaysian guitarist Timothy Raj and the singers do an acoustic bit as the next band was setting up.

From not knowing Indosoul to loving them

When the emcees introduced the next act, Indosoul, the audience gave them a tepid cheer, not knowing who or what this band is. Smiling violinist Karthik Iyer explained that the instrumental band which is Indian at its core but global in its sound, before launching into their original composition. 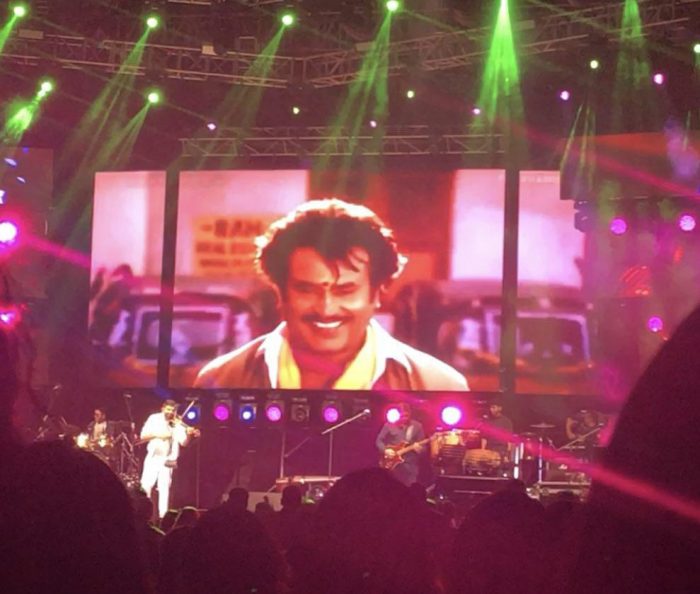 Just as we were getting hooked onto their energy, Karthik makes an announcement. “Now we are going to do a tribute to everyone’s favourite actor,” he says. “We won’t tell you who it is, but you’ll know from the first note,” And then, Indosoul launched into what was one of the most epic Rajinikanth musical tributes Malaysia has seen. An instrumental medley of Rajinikanth film soundtracks, beginning with Muthu, all the way to Petta, with the visuals of Superstar on the screen behind them. In that instant, from not knowing Indosoul, we went to loving them. 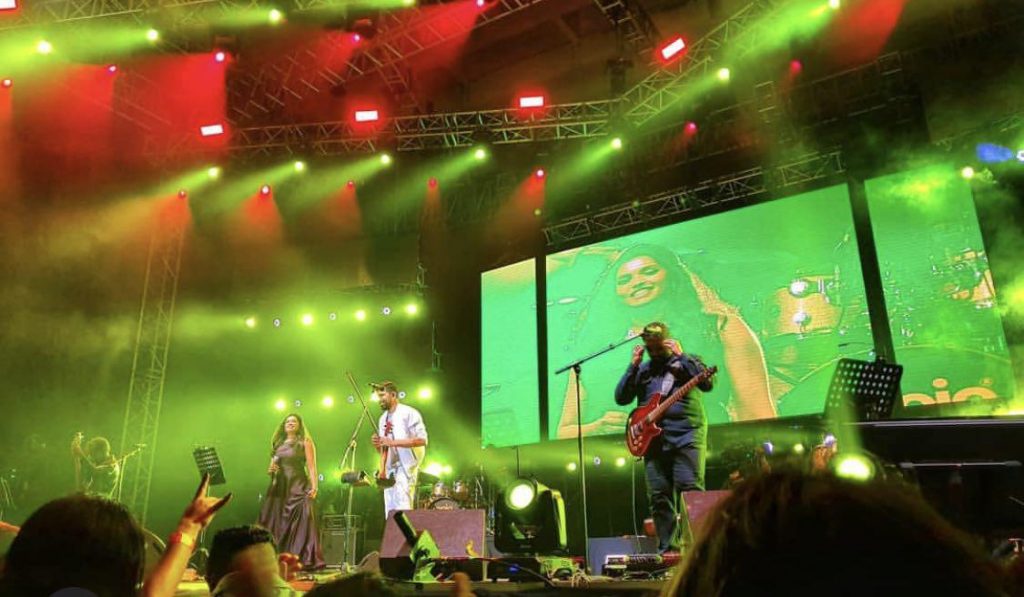 Neha Venugopal came out half an hour into the set, and she performed Panivizhum Malavanum and Senthoora. Unfortunately, her voice was completely inaudible. Mojo’s fault of not being able to balance the sound system with the singer’s voice reared its ugly head again. Neha and Indosoul ended their set with a rendition of Ram Bam Bam, but Neha’s voice could not be heard at all, so much so that she didn’t finish the last line of the song.

Rajhesh Vaidhya’s set at MILFF 2019 will go down in history as one of the most sensational veena experiences Malaysians have seen. Perched on a platform on the stage with his veena, Vaidhya announced that he will be performing 60 songs in 60 minutes with Malavika Sundar and Aparna Harikumar, along with the drums, tabla and ghatam. 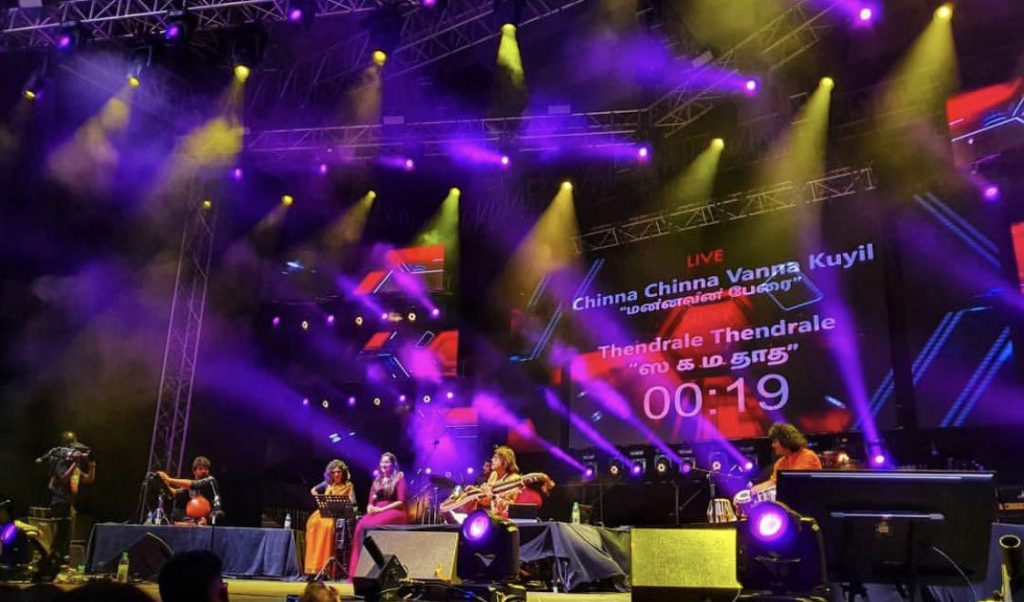 As he began with a song from Hey Ram, a timer was splayed across the screen, with the title of the song, and the next song. The veena legend did an hour long medley of tunes like Chinna Chinna Vannakuyil, Chikku Bukku, Thangame and Raja Raja Chozhan.

No review will do this set justice. Rajhesh Vaidhya was remarkable. He took strategic short breaks throughout the hour, while the ladies sang and the rest of the band filled it. The set ended with a rendition of Attam 100 Vagai, and the performers were awarded with a standing ovation. Twice.

Shaktisree Gopalan may come off as a demure, bespectacled songbird who specialises in ballads. Boy, did she prove us wrong that night. She started off by singing the word Idhayam to an unknown tune. And then she launches into Bhoomi Bhoomi, and surprise surprise, Shaktisree’s set was going to be a mini rock concert!

The mandatory concert flashlight sway made its appearance in Shaktisree’s Naan Nee, before she ended the set with a the rock version of Vizhiye Kalangathe from the Malaysian film Vedigundu Pasanga.

That night, we learnt that Shaktisree is her own artiste, and does not need to be associated with any music director or genre of music. At one point, she looked ethereal as her hair and skirt were fluttering in the remnants of the smoke machine, as she belted out a high note in Ilamai Itho Itho.

Malaysian rapper Balan Kashmir joined Shaktisree during her rendition of Kalla Kalavani. Unfortunately, due to the poor sound system, his rap was muffled out of the song. We needed more of him.

Finally, it was Haricharan’s turn. This may have been the biggest disappointment of the night. The singer began with Thuli Thuli, but none of us were able to hear him, the music from Bennet & The Band was just too loud. We only caught a glimpse of Haricharan’s smooth vocals when he hit the high notes. At other times, he was simply drowned out by the music. 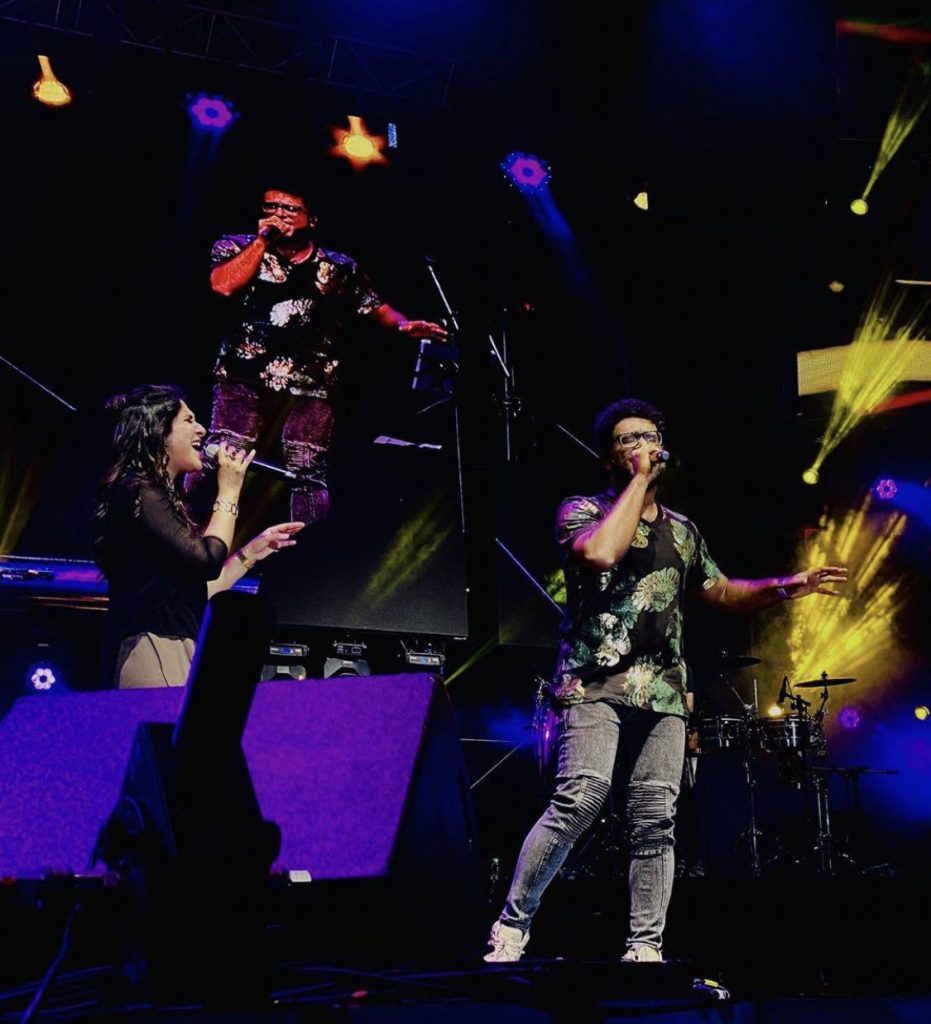 Shweta was the second singer that night to quash all preconceived notions about her. She began with Nee Korinal, before doing a thaalam jam with the flautist. Shweta is one of the most powerful, charismatic singers of our time, she sings with heart, whether it was Innum Konjam Neram or Senorita. She too fell prey to the loud, loud music

It is understood that rock concerts are loud, but MILFF 2019 was a raucous affair. This was the common complaint only in the mosh pit (Rock Zone), but also in Zones A and B. Sadly, the singers were the ones who paid the price, their voices were completely lost in the blaring music.

The lights were issues too. Mojo Projects employed the use of stage lights that are placed on the backdrop, in between long panels of LED screens. As a result, the bright lights shone directly into our eyes, overwhelming the iris. That, coupled with the music that was often too loud, resulted in a less than pleasant experience more than once.

Also, it would have been nice if the bigger names were given an entire hour for their performances. While Shweta and Haricharan had excellent chemistry, the audience was left yearning for more of the two singers, individually. We would have loved to hear more of Malavika Sundar, too, with her incredible range of vocals.

There were also a few moments of confusion, with some of the singers singing English songs instead of their Tamil hits.

There were also a few moments of confusion, with some of the singers singing English songs instead of their Tamil hits. Haricharan sang Uptown Funk (which he tried to get the audience to sing along to, and failed), and Shaktisree singing a Rihanna tune. The concert ended with all the singers performing We Are The World. Of course, music is universal regardless of language. But the audience is gathered for live Tamil music, something we rarely get to enjoy.

Mojo Projects has blossomed into one of the most sought after Malaysian concert organisers when it comes to live Tamil entertainment. However, the audience had to strain to hear them sing in this concert. We say this with the best intentions possible. For the love of music, Mojo Projects, please resolve your sound issues.