Five months ago, #Metoo was trending on Twitter throughout India, when people from all walks of life came out with their stories of how they were harassed and abused sexually by people in power in various industries.

There was deafening silence from Tamil media websites, and the first story in local press took four whole days to surface. In spite of the media blackout, support poured in from artists in the industry, including Siddarth, Samantha Akkineni, Shaktisree Gopalan, Ramya NSK and Anil Srinivasan.

It was not until almost a month later when big names like Rajinikanth and AR Rahman tweeted their support for the #Metoo campaign, with a carefully worded statement that included an advisory to the masses not to ‘misuse the movement’.

One would assume that these men, having been outed, would be shunned by the industry and not given as many opportunities. While that may happen in a western society, it does not happen in India, specifically the Tamil film fraternity. 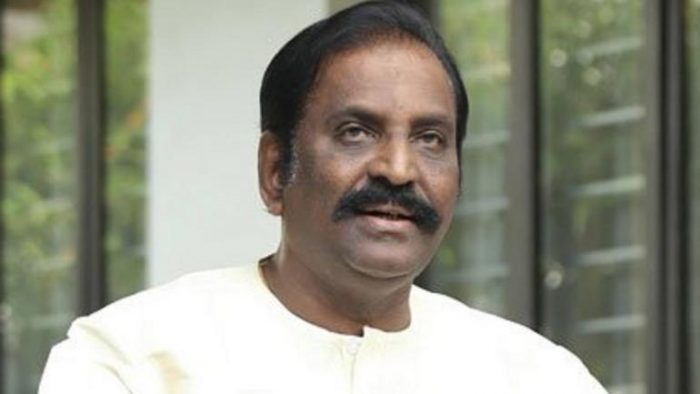 The acclaimed poet was accused of multiple instances of sexual misconduct by a few women in the Tamil music industry. Singer Chinmayi was one of them.

In October 2018, writer Sandhya Menon shared an anonymous post alleging sexual misconduct by lyricist Vairamuthu. Singer Chinmayi backed her up, and eventually came out with her own horror story of how Vairamuthu sexually harassed her.

Chinmayi shared how she had allegedly been asked by the organiser of a programme in Switzerland to “cooperate” with Vairamuthu. She was reportedly asked to visit him in a hotel in Lucerne. When she refused and demanded that they (Chinmayi and her mother) return to India, she was supposedly told that her career was over.

More women came forward with their stories on how the poet harassed them. AR Rahman’s sister, singer AR Raihana even went as far as saying that Vairamuthu’s actions against women are an ‘open secret’ in the industry. 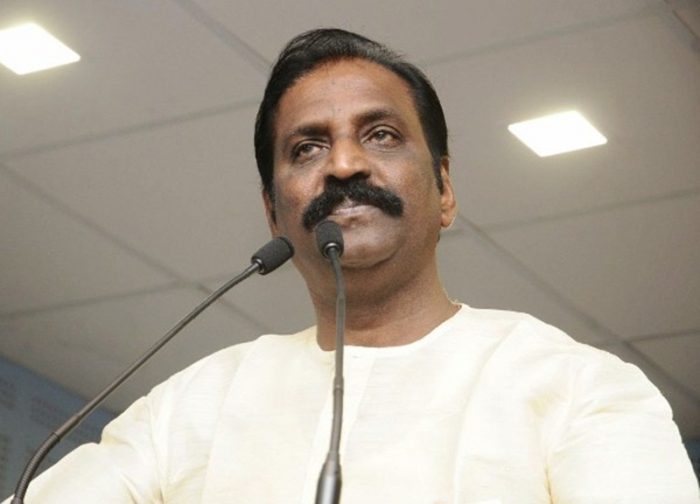 Following Chinmayi’s revelations, there was a media blackout. To say that Vairamuthu is well connected would be an understatement. His close ties with the former Chief Minister, the late Karunanidhi is no secret. And his affiliations with industry stalwarts go beyond politics.

In addition to that, there was buzz amongst the mainstream Tamil news portals that Chinmayi’s tweets are not to be considered credible until Vairamuthu issues a response. This is utterly disturbing, given that these news portals report unverified rumours on a daily basis, and yet were petrified to report Chinmayi’s tweet.

A reporter of a Tamil daily was quoted saying, “Vairamuthu has always been on very good terms with the media. Any news in support of him, we usually publish ASAP. But anything that slanders his reputation is taken with a pinch of salt, and we await his response before going ahead,”

The impact on Vairamuthu’s career

Vairamuthu’s career doesn’t seem to have taken a dent from the situation. He has been commissioned to work on three films this year, NGK, Kaappaan and Varmaa. All three movies are set to be blockbusters this year, and one cannot help but wonder why the filmmakers would engage the services of someone who has been accused of harassing numerous women.

The poet came out with a statement after a week of the tweets against him, saying that all the allegations are false. He also said the ALL the women who tweeted have ulterior motives against him. 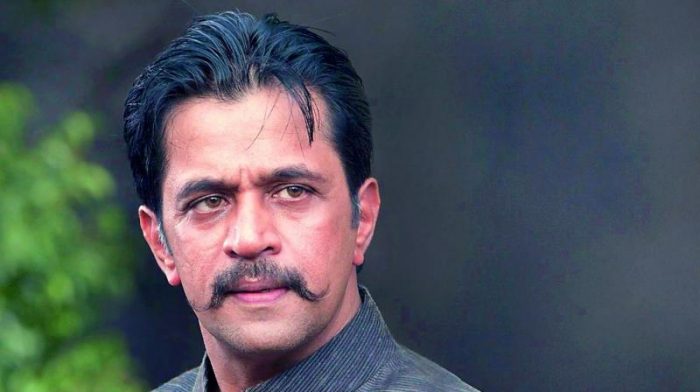 Actress Sruthi Hariharan spoke up about how actor Arjun had touched her inappropriately during the shoot of the film Nibunan. She accused the actor of running his hands up and down her back and pulling her towards his body without her consent during the rehearsal of a romantic scene.

“The first few days seemed normal, I played his wife in the film and that day we were to do a romantic scene where we had to hug each other after a brief dialogue. During the rehearsal, we delivered our lines and Mr. Arjun hugs me. With no forewarning or permission, he runs his hands intimately up and down my back. He pulls me closer with my body taut against his and asks the director if we could use this idea of foreplay in the scene. I was aghast,” she wrote in a long Facebook post.

She also stated no other actor she has worked with suggested such improvisation. This was not the only incident, according to Shruti. “During the course of production, every smutty innuendo he made, created an unpalatable work environment for me. His salacious invitations to meet him after work appalled me.”

Shruti’s lawyer Jayna Kothari revealed in an interview that she believes Arjun made statements about slapping a ₹5 Crore (RM2.97 million) defamation case to scare Shruti and any other person who wants to come out with their story, as Arjun’s counsel have not acted on it. “This is their case but they are the ones asking for adjournments,” she says.

The delaying tactic is being used in the case of sexual harassment, too, which Sruthi filed against Arjun, Jayna says. She claims that the other party has been asking for adjournments even though the court is ready to hear the matter. The case has been pushed to a date after the court vacation. “If Arjun’s stand is that Sruthi has falsely accused him, why is he shying away now?” the lawyer asks.

Arjun’s career has not been affected at all by these serious allegations. He has a good 8 films releasing this year across four languages. 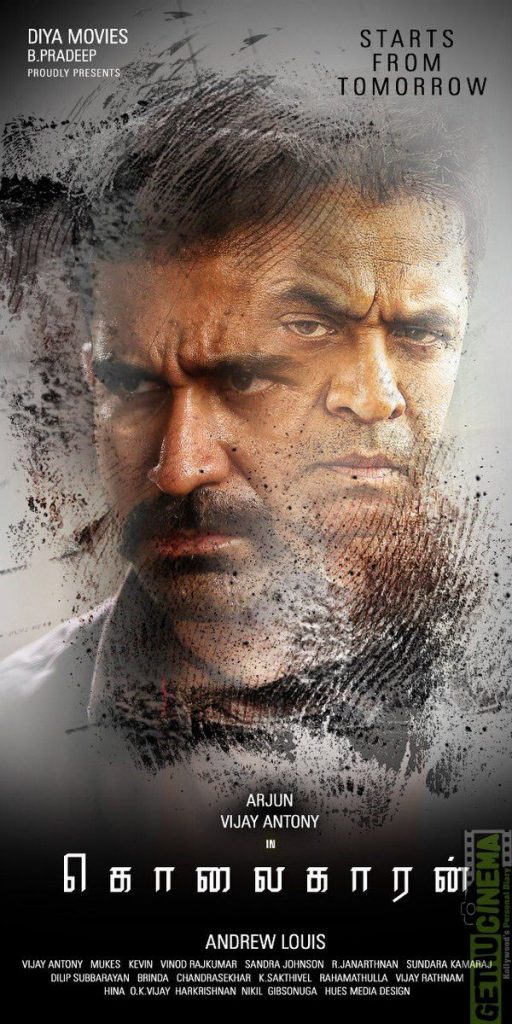 His upcoming movie, Kolaigaran is set to release in June, and he will star alongside Vijay Antony. He is also starring in the Sivakarthikeyan blockbuster, Hero which will release in May. Arjun will starring in the Kannada mega hit, Kurukshetra. The Malayalam film industry too, will also see the Action King’s film Jack Daniel, alongside actor Dileep in June this year. Arjun’s other Tamil film, Iruvar Oppantham, will release in August this year.

This boyish looking singer was outed in October by a few women who claimed that he was harassing them with lewd messages about how he masturbates while thinking about her.

Karthik, who up until then had been very active on social media, suddenly went silent. He did not post anything from the 7th of October last year, when the allegations broke, up until mid February, where he issued a statement (not an apology) saying that he has done no wrong and has never intended to make anyone feel uncomfortable.

“The past few months have been the most trying for me, for a few reasons,” he says, attributing it to his father’s declining health. He conveniently leaves out the fact that he has been performing at two carnatic concerts and recorded two episodes of Zee Tamil’s singing show, SaReGaMaPa, alongside Srinivas and Vijay Prakash.

Karthik has sung songs from many genres, but what was utterly disgusting was seeing him at the Mahashivaratri celebration at Coimbatore’s Isha Yoga ashram, where he performed for thousands of devotees, with Godman Sadhguru and actresses Tamanna and Kajal Aggarwal literally dancing to his tune.

Since his return to the Twitterverse, Karthik has promoted 6 of his songs from commercial films, and from various carnatic albums.

And their alleged victims?

While life is peachy for these men who have been accused of very serious crimes, the women who were brave enough to come out with their stories are left hanging. Chinmayi has been banned from the Tamil Nadu Dubbing Union for ‘not paying her membership fees’ which she has proof of payment for. Shruti Hariharan revealed that she used to get three offers a week. Since her coming out, she barely receives one mediocre offer a month.

It is pointless to say things like “In the entertainment industry, this is the norm, you just have to accept it,” Sexual harassment is a CRIME. People accused of it should be held accountable, not be given opportunities and offers as if they have done no wrong.

While these men continue to wield their power, more women are put at risk of becoming their victims, and the number who will be brave enough to voice out their injustices will further dwindle. 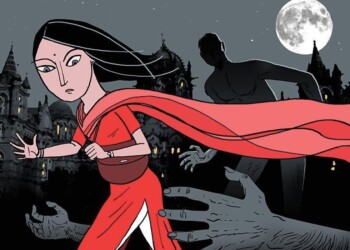 When the Banditz Malaysia perform a classic evergreen tune, you listen spellbound! The talented vocalist Lingges definitely has the power... 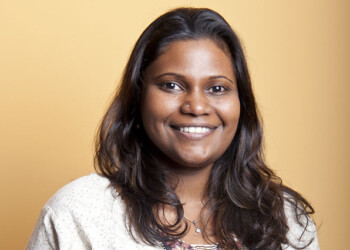 Member of Parliament for Batu Kawan and international secretary for DAP Wanita, Kasthuri Patto has condemned the act of online...