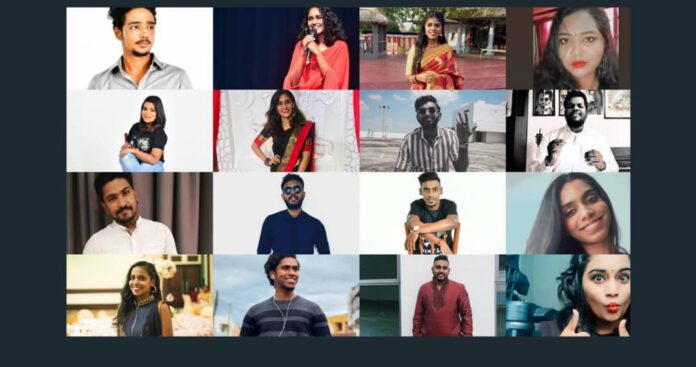 Cover songs can be fun to jam out to — especially when the young talents perform the type of songs that you assumewere the original version.

In my previous article, I’ve curated the list of the most hauntingly beautiful cover songs which were sung by Malaysians.

Dhanasegarran is no stranger to cover songs, and with his very own version of Konjam from M.S. Dhoni movie is nothing short of beautiful. A new wave of jangly guitar is the perfect background for this cover song.

Just to round this out, here’s a video of Arulini’s cover song Margazhi Thingal which was originally sung by S. Janaki, Srimathumitha, and P. Unnikrishnan.

I’m just amazed with the young teen behind the magnificent voice!

Yaen Yennai Pirinthaai is a trademark melody from the movie Adithya Varma which was originally sung by Sid Sriram. Check out the glimpse of her cover song which is available for streaming on her Instagram profile.

Sariga Narasiah’s version of Vennilave Vennilave is that rare thing; a cover version which captivates our soul. With Manessya’s beatboxing on point, and her timing just perfect for this melodious song. Sariga’s soothing voice is everything to make us feel better.

Best known for her jaw-dropping cover of Enjoy Enjaami, Hashmitha has captured the hearts of many fans. Her iconic and mesmerising voice is a groovy track that makes you want to simply get up and dance to this hit song.

Jeevanraj Venugopal sounds as good as the original singer of Poongatrile. He has become the voice of this generation, and never shies away from making new cover songs.

You could make an extensive box set out of any playback singers live cover songs, but Priya’s voice was special especially from the Kanmani Anbodu Kathalan’s telemovie. Originally composed by Varmman Elangkovan, Kana Kana was sung by Sri Vithya & Abimanyu.

It is definitely worth a listen!

They may have meant it as a goof, but Darshan’s Margazhi Poove has captivated our hearts with his charming voice!

As one of the most ubiquitous cover songs of all time, most people mistake his version for the original.

Thanushan takes one of the best-written songs of all time and brings it down several notches to just his vocal. His calm, lovely voice really brings the words to life and gives the album a sense of melancholy. It’s a fantastic reinterpretation of Mun Paniya which I felt that I’ve never heard before.

A great taste in cover songs has always been a trademark for Shatiz notable cover of Mano and Sujatha’s Thillana Thillana song is as close as it can get to any masterpiece.

The magnificent cover of Sutthi Sutthi Vantheega from Padayappa is made all the more poignant with a bit of melody in Thivyah’s voice.

Prieya has a way with her cover songs. Originally sung and composed  by AR Rahman, this acoustic version is just so pretty it will start you off to a beautiful day.

Pavi Enna put his trademark wails, grunts, and jazz flair on his cover song aptly titled Enna Villai Azhage from the film Kadhalar Dhinam. While incredibly current and perhaps a divisive choice, this song is certainly what good music is all about earning it a spot on our list.

To be honest, I like Poovindra’s voice better — his vocal lines are amazing and he hits every single note. Poovindra’s heartfelt rendition from Vallavan is so adorable and endearing.

Hard to say which was the original and which was the cover of Idhu Enna Maayam song from the Oram Po movie. To be frank, both of them actually make a pretty great groove out of it as they have slowed down the tempo, which brought in the synths and the outcome was pretty good.

A post shared by M I C H U (@mitchellegrace.francis)

Have we missed any of your favorite cover versions? Let us know in the comments down below.