In conjunction with Easter 2021, The Unstoppable Band is hailing their way to spend an enchanting time of worship and praise with the story of Jesus. This will premiere live on Raymond Michael’s Facebook and YouTube channels on April 3rd at 7 pm in Tamil. Greater Love was inspired by a verse from the Bible which says – There is no greater love than to lay down one’s life for one’s friends taken from the book of John chapter 15 verse 13.

Greater Love is a journey through songs of the 5 significant events that took place from the birth of Jesus Christ up to His Resurrection.

The summary of the events are as follows : 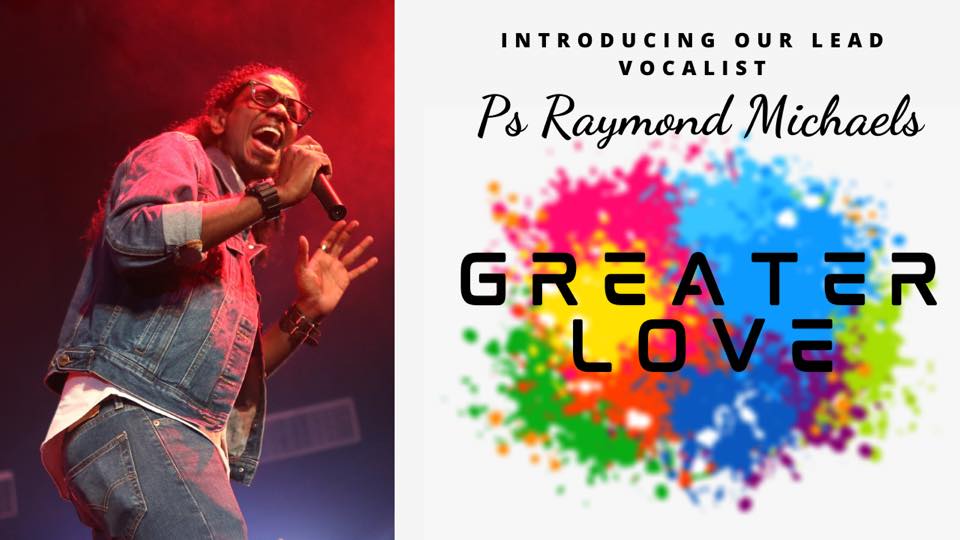 Raymond Michaels is the lead vocalist for Greater Love. In the year 2009, he was ordained as a youth pastor and began his musical journey at the age of six, playing different instruments during his childhood, and began singing at the age of seventeen.

Pastor Raymond has performed in a number of countries over the last few years, including India, the Philippines, and Vietnam. He has also been a member of the Festival of Praise in Kedah, Penang, and the Klang Valley since 2013.

In 2017, one of his debut singles, “Neer Nallavare,” was released, and the Unstoppable band was formed the following year (2018). 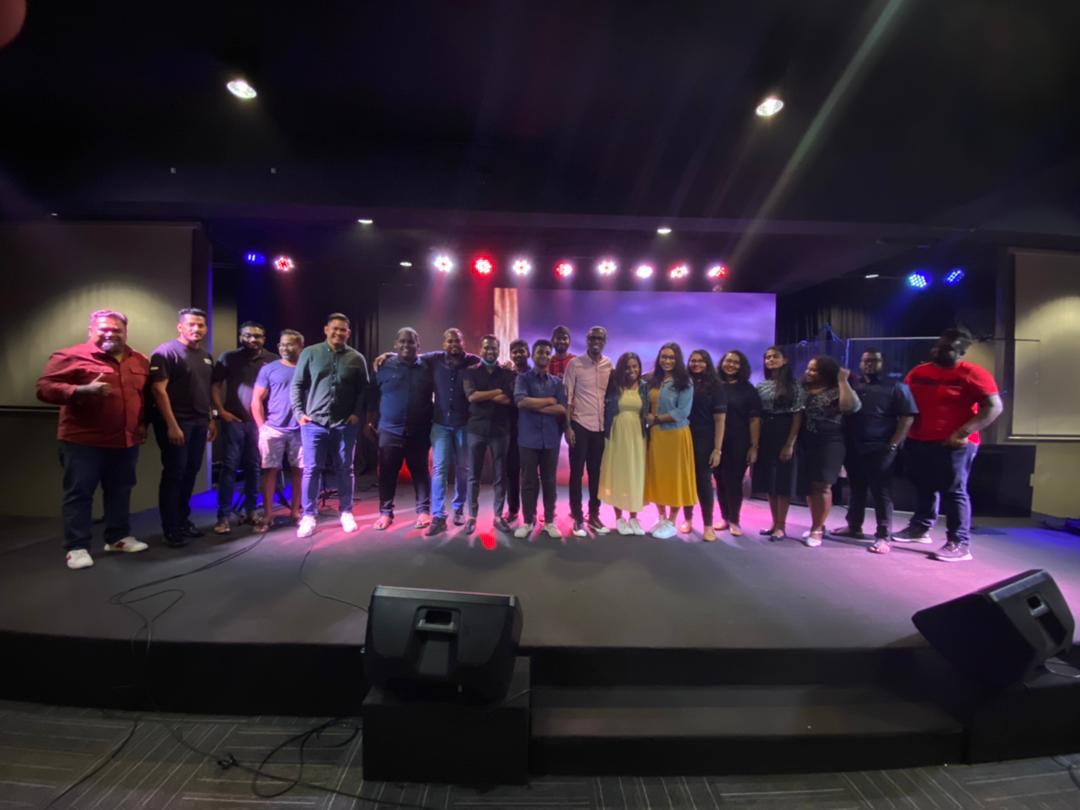 The Unstoppable‘s backing vocalists are Esther Shalini and Vinosha Morgan. Both of them are passionate about music and worship in their respective churches.

Rohan Tankaraj is an incredibly talented lead guitarist. He began playing percussion instruments at the age of seven. He started playing the guitar at the age of ten and has since participated in a number of events, including being chosen to perform for the Kementerian Pendidikan Orchestra in 2007.

Since then, he has recorded guitars for two albums and a few singles with Kyra the band and Unstoppable band, as well as numerous cover songs. He was also featured in Astro Vizhuthugal.

Gospel music to me has always been a balm for the soul. It has been able to usher in the spirit, true worship and praise. I find music to be very good at healing and the passion that comes with it

Sasi is a skilled guitarist, bassist, and percussionist who has been playing in bands since the age of 14 and has a keen interest in writing and experimenting with new bass styles and tones. He was featured on the Astro Vanavil show too.

He has performed for a couple of local Christian instrumental and album ventures, as well as engagements with IBM of Kashmir, an international Kashmiri band. Sasi also serves as the worship leader at Grace Selayang Church. Daniel Selvakumar is a self-taught keyboardist who started playing when he was seven years old. He is currently a member of Kyra the Band and Unstoppable Band, an independent band that is involved in a variety of gigs and has recently been interviewed on Astro and Raaga.

Daniel is a firm believer in constant improvement in the field of music. “I believe music & God will never fail us, humans”.

Stephen Raj, also known as Stevie Drummer, began his musical journey as a percussionist before moving on to drumming. Since then, his passion has grown as he has played in numerous other bands over the years.

He is currently the lead drummer of Kyra The Band, which was formed in 2018, as well as The Unstoppable Band, a gospel band. Along with his bandmates, he was also invited for interviews with Astro and Raaga. “Always work hard and strive for your passion,” he believes.

Our talented audio engineer, keyboardist, and arrange, Vijay Sigamany has worked as a production engineer at Grace Convention Centre for the past six years. He is the keyboardist and arranger for the New Definition, a local Christian band led by Patrick Leong and Kelvin Ooi.

Vijay is a true worshipper. During their tour in Malaysia, he was the technical engineer for Christian artists Michael W. Smith, Don Moen, Steve Green, Israel Houghton, and Paul Wilbur. 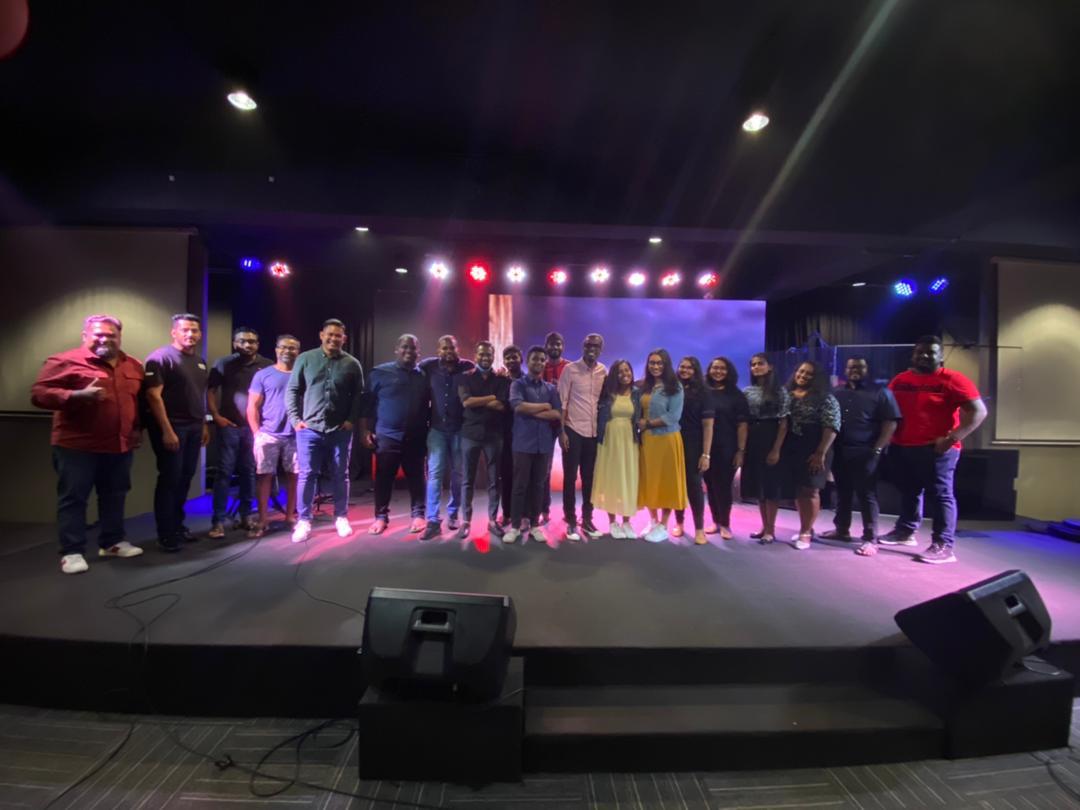 The Greater Love project aims to inspire people with the story of Jesus Christ and to spread the love that God has given us through songs.

It's year 2021, and yes racial discrimination still exists in Malaysia. The ‘Bumiputera’ sentiment has kept its grip on power...

POCA Boy; A Human Rights Documentary On The Implementation of #IPMCNow

Continuous reports on racism, police brutality, and racial violence may be complex and overwhelming to grasp, needing a thorough understanding...

There's nothing quite like a murder mystery to captivate and engross the audience. A film by Nanthakumar Rajagopal, aptly titled...