Get ready to fall deeper in love with the lyrics!

Anbenum Moochile; a brand new track is out for our listening pleasure which is certainly tender and sweet to listen upon. The blissful song from the award-winning short film entitled NEYAM will captivate your soul and eventually enlighten our day as well.

Composed, penned and sung by Mega along with his co-singer Amneswary, the song has incredibly stunned  netizens with their incredible voices. Starring a few talented casts namely Augustus, Sathis_Skm, Kanapathy, Sri Jegannath, Arvind, Yugesvaren, Dilip and James Maniam, the music video turns out well and it’s in my current playlist now!

Released under FUTURME YouTube channel, the music video been receiving a lot of positive feedback from the netizens.

There can be a million different narratives that can be woven around every single thing in this world. However, music has the power to make you feel as close as it can get to any masterpiece. One thing is certain: the tune interacts with other elements of emotion in such a way that you’ll want to listen to it often.

All I can say is, their music gives me goosebumps!

Under the direction of Sri Vitthyatharan, NEYAM; the brand new short film revolves around a young man who has a brash and arrogant kind of character. Things get more intriguing right after both of them began sharing their perspectives about life and people in detail. Featuring Augustus Philip and Kanapathy Sundram, the short film leaves a huge impact in our daily life. 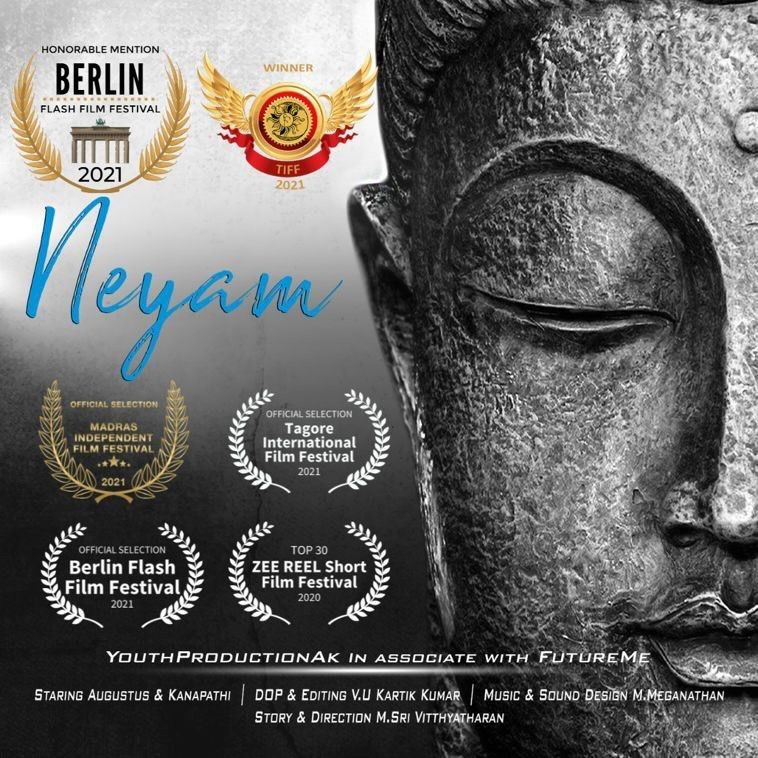 A precise storyline along with a simple yet powerful message will elevate your mood and give you that boost to make whatever you are doing extraordinary.

To those who have missed the award winning short film, no worries. Check out the short film below and let’s show the young talents our support.

Let’s give a special shout out to those who have shed sweats for making this video outstanding:

A great cover has that kind of magic. It takes skill to pull off a decent cover song. It's safe...

Nothing expresses emotions better than music. A brand new track called Kadhal Desam by Pearce Antoni has left a great...

Pursue A PhD Only For The Right Reasons, Says Writer Risidaxshinni