No plea was recorded from the accused 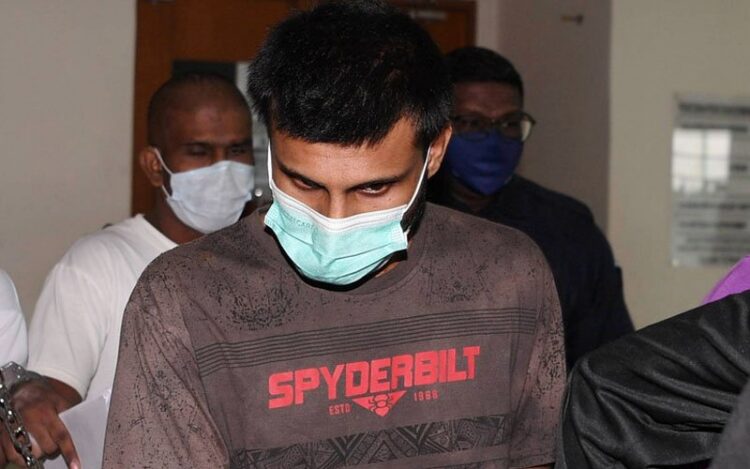 A couple is facing the gallows after both were charged at the Klang magistrates’ court here for allegedly causing the death of a child K. Nithish. The horrifying incident took place at a house in Jalan Hulubalang, Taman Sentosa.

M Sutha, 26, the toddler’s mother, and her boyfriend S Davandakumar, 28, remained silent and nodded while the charge was read before magistrate P Sarulatha. The three-year-old toddler was pronounced dead at the Tengku Ampuan Rahimah Hospital on 24th December last year after the child’s lifeless body was brought in by his mother.

The medical officers found that the victim’s body was plagued with wounds and swellings. An autopsy revealed that the child was abused, beaten up with pieces of wood, a waist belt and cloth hangers until he succumbed to the extensive injuries, stated The Sundaily.

No plea was recorded from the accused after both of them were charged under Section 302 of the Penal Code for murder, which carries the mandatory death penalty upon conviction.

Harian Metro stated that the Deputy Public Prosecutor Nur’Ain Madihah Zilkifli did not offer bail to both the accused, who were unrepresented in court. The court set 23rd March for re-mention and submission of forensic and pathology reports.