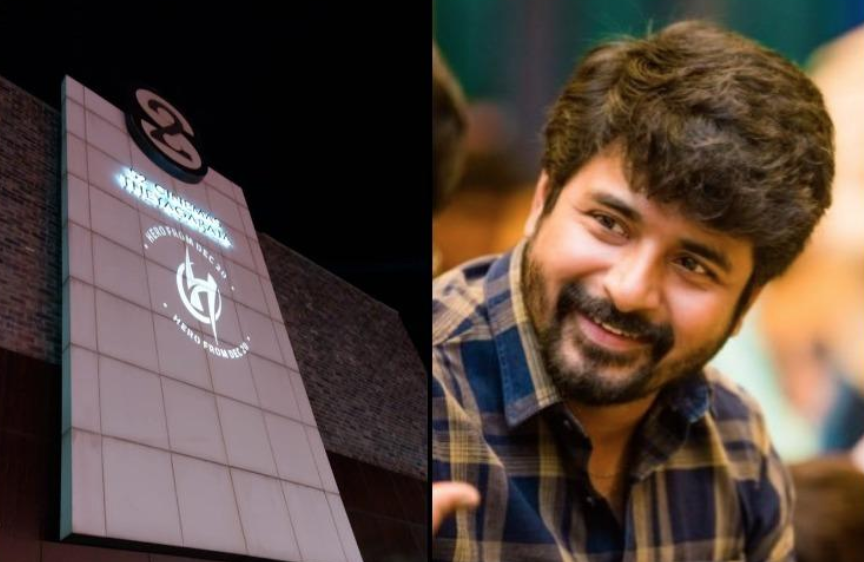 Sivakarthikeyan’s upcoming movie Hero, directed by PS Mithran, is slated to hit the screens on December 20, ahead of the Christmas and New Year Holidays.

Usually, fans of DC Comic’s ‘Batman’ comics and movies that its famous bat symbol is projected on to buildings across the world as a part of promotions. The makers of Hero are using a similar strategy for the promotions of the film.

The symbol logo of the film has been projected on a building and a cinema in Chennai.

Sivakarthikeyan plays a superhero vigilante in the film which will mark the Tamil debut of actor Kalyani Priyadarshan. The film also has Abhay Deol in an important role. Yuvan Shankar Raja has composed music for the film. RD Raja and KJR Studios are bankrolling this venture. George C Williams and Ruben are in charge of the film’s cinematography and editing respectively.

Siva’s film with director Nelson Dhiliplumar of Kolamavu Kokila fame has been titled Doctor. The film would be produced by KJR Studios in association with Siva’s home banner Sivakarthikeyan Production in which he had earlier bankrolled Kanaa and Nenjam Undu Nermai Undu Odu Raja.

Ravi Kumar’s film Vingyani, tipped to be an alien invasion comedy, has Rakul Preet Singh pairing up with Siva and she will be playing an astronomer. The third film with Vignesh Shivn in the pipeline, will mark the first collaboration of Siva and Vignesh, whose last release was the Suriya starrer Thaana Serntha Kootam (TSK). Currently dubbed as SK 17, it was recently reported that Rashmika Mandanna is in talks for the project which will feature two heroines.