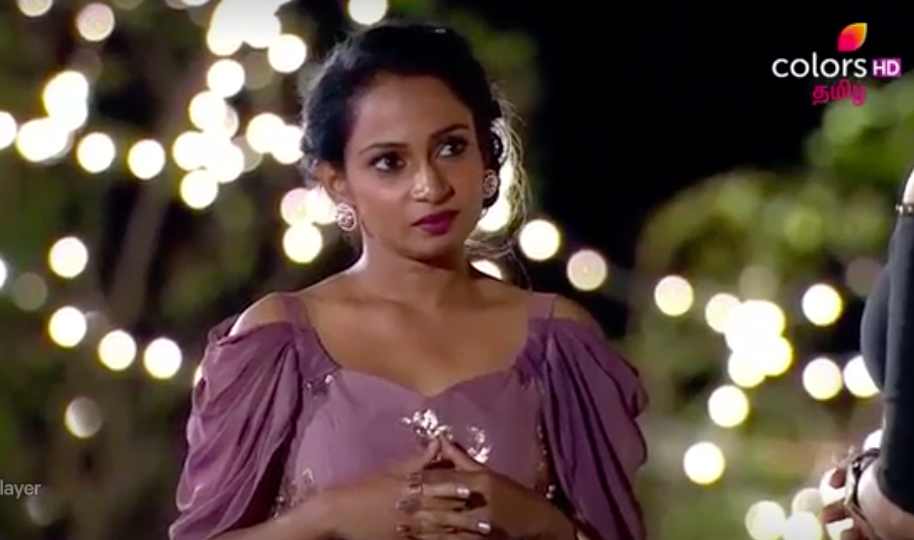 It was time for Arya to say goodbye to one more girl on his reality TV show, Enga Veetu Mapillai.

After eliminating Deva Surya earlier this week, there were only 9 girls left on the show who are still in the running to possibly become Arya’s wife.

Swetha was safe from this week’s elimination round as she had won the Token of Love from Arya after impressing his friends, Shanthnu and Kiki. Abernathy was also safe, she was the second person called to continue the journey after Swetha. This week, we saw Saathvika and Sita Lakshmi in the bottom two. Ultimately, it was Saathvika who got eliminated, after failing to connect with Arya on a romantic level.

Sita Lakshmi made it through to the next round – but only after Arya warned her that she is lagging behind. She promised Arya and Sangeetha that she will try harder in the next challenges so she can go on a special date with Arya and get to know him better.