Solo is one of those arty-farty movies that the Tamil masses would not understand. Not yet, at least. Perhaps that’s why it didn’t gain as much traction as it rightly should have. Directed by Maniratnam’s protégé, Bejoy Nambiar, Solo depicts four tales, each one themed around an element of nature.

The four narratives are as different as chalk and cheese, and the only common factor is Dulquer Salman, who helms each tale with ease. This may have much to do with the fact that Dulquer is easy on the eyes, but he also has a flair for carrying out the roles of four vastly different characters remarkably well. Each story spans over 4 years.

The soundtrack of the movie deserves a special mention. The movie boasts 22 songs composed by 12 music directors, some songs have both Tamil and Malayalam versions. Needless to say, the music carries the film with a kind of poise that tugs at the heart of the viewer. 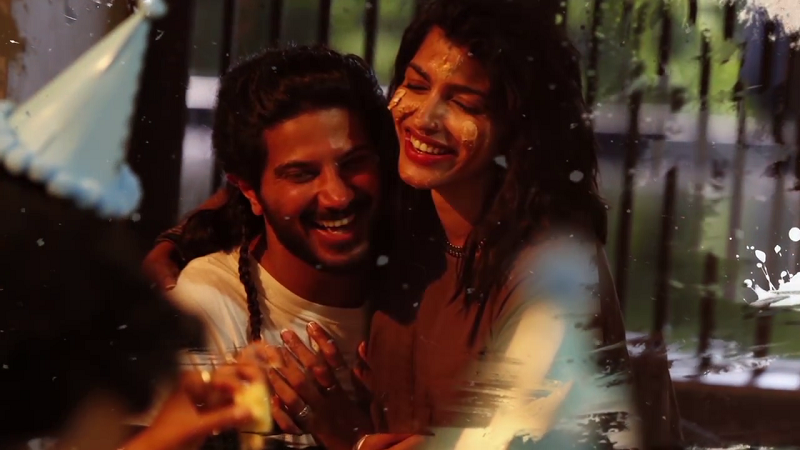 This is our favourite chapter of the movie. It could be Shekhar’s (Dulquer) stutter or his hairdo that could not be more apt for the setting. But the real star of this quarter is Dhansika. She steals the show portraying Radhika, a gorgeous blind dancer who loves the water, and dances in it. It is refreshing to see a differently abled lead character in a Tamil movie, and one with sass to boot.

When Shekhar tells her that his friend who was previously interested in her has given him permission to pursue her, she questions him, “Permission ah? Avan enna, en appa va?” Their love story unfolds, and we are reminded of OK Kanmani. Dulquer and Dhansika share such an incredible on screen chemistry, that we get goosebumps. We are told a story of how their love progresses, the drama that unfolds, the tragedy that follows and eventually, the beautiful ending. 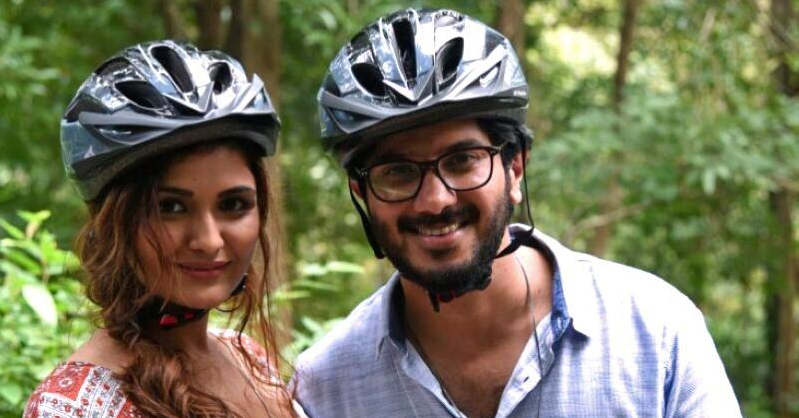 The story begins with a female cyclist (Arthi Venkatesh) colliding with a luxury car. She lies on the earth, dirt and blood covering her body, writhing to live. The driver of the car (Azhgam Perumal) refuses to save her, but the passenger, his son in law Justin (Anson Paul) carries her into the car and insists on saving her.

Dulquer comes into the picture 4 years later, in a serendipitous twist to save Justin from when he is involved in an accident. This story is gripping and keeps the viewer at the edge of her seat, wondering what is going to happen next. The plot twist hits us like a ton of bricks. 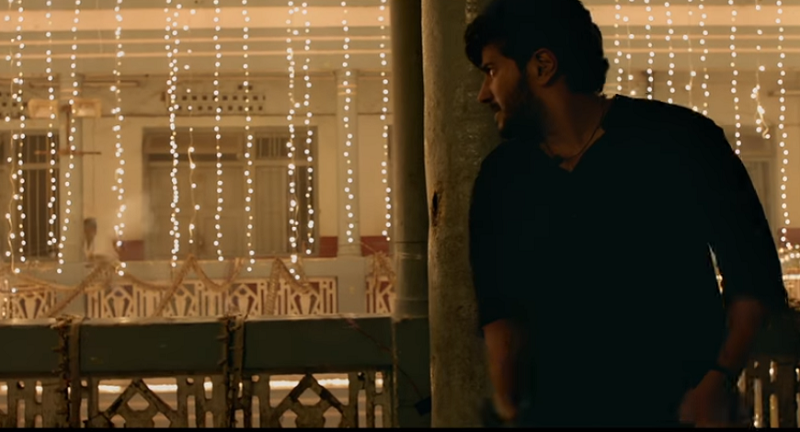 Multiple themes are tied together in this narrative. Alcoholism, a brother’s love, gangsterism, friendship, and the familial love, to name a few. Dulquer plays a gangster, Shiva whose loyalty knows no bounds. Having had his mother desert their family as children, Shiva loves his younger brother Siddhu (Rohan Manoj) but has trouble showing it. Guns are a central feature of this story, hence Agni.

The characters are mostly forgettable, but the story is an interesting one, with another plot twist that packs a punch. The chapter begins and ends with Dulquer’s family playing with sparklers, happy.

Must listen: Aal Aayal, Aigiri Nandini – Eye for an eye

This was an entertaining chapter, Dulquer carried out the role of Rudra, an army officer who’s a mischevious son and an adorable boyfriend to a tee. Suhashini Maniratnam plays the role of Rudra’s mother, and her performance stole the show. Neha Sharma plays Bama, Rudra’s love interest. We do not understand why Rudra’s parents are opposed to Rudra and Neha’s love until the very end, but trust us, it’s worth the wait.

The viewer is left guessing what the common factors are between the four stories. But it is easy to forget that all our lives tell similar stories as the snippets in Solo, those full of love, tension, despair, and joy.

Kudos to the technical team behind Solo. Girish Gangadharan’s cinematography is nothing short of beautiful. A film ahead of its time for the Tamil audience, this anthology does what a regular masala movie cannot. Solo engages the viewer, creates tension, pivots the plot, and ends gracefully before starting the cycle all over again.

Each story is seperated by a beautiful illustration of Lord Shiva by Vijaykumar Arumugam surrounded by the element featured, with Dulquer narrating a poem. Don’t stop watching once the movie ends. The closing credits showcase more fantastic illustrations which the Plexus team has done justice to, in 3D!

Yes, you’ll be seeing a lot of Dulquer. But it’s far from an overdose of the hero like in Yennai Arindhaal where it was just Ajith, Ajith and more Ajith. Watch Solo if you want a Tamil movie that doesn’t reek of hypermasculinity, objectification of women, stale jokes and shoddy acting.

Watch Solo if you want a totally different Tamil movie experience. Watch Solo if your yearning for a feel good Tamil movie has not been satisfied with the drivel the industry has been churning over the past few months. Watch Solo. And after watching, if you need to nurse that Solo hangover, we’d recommend the soundtrack album on Spotify for your long drive home today.