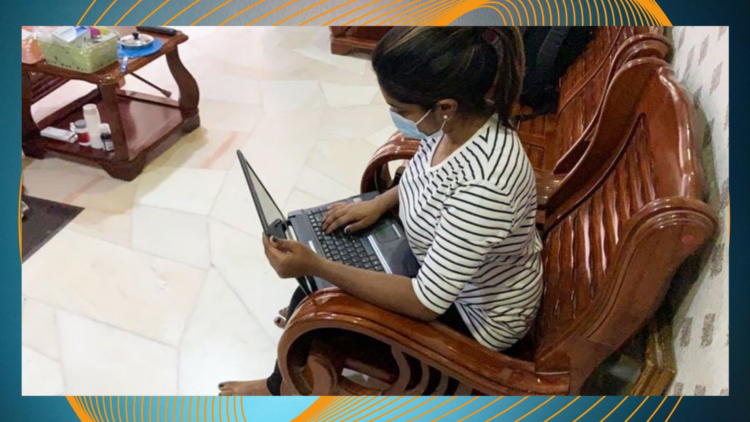 Finance has been the void for many from achieving their dreams or passion.

With just a year left to complete her medical degree, Kirroshnie has been wrecked with an unexpected dismay in achieving her dreams due to financial problems.

When her plight was brought about to the eyes of the public by Free Malaysia Today (FMT), she received an immense amount of financial aid with over RM 40,000 credited to her bank account!

To see this all happen so quickly has been unbelievable. It’s honestly been like magic. The response was so fast in fact that her bank thought something had gone wrong. My account got frozen, which has never happened to me before. People were calling me and saying that they couldn’t bank money in.

The finances of her family were on the verge of collapsing. Kirroshnie tried to raise funds urgently so that she can proceed studying. When she begun her studies in 2017, her father was initially capable of supporting her, however he suffered a stroke the same year and hasn’t worked ever since.

Her father, a pharmacy medical representative, goes to deliver medicine from clinic to clinic. The stroke had him temporarily bedridden and impacted his physical and mental abilities profoundly.

He can’t drive anymore, and he has trouble walking. Since the stroke he’s really slowed down mentally. He also developed epilepsy so there’s the risk of him having seizures too.

Upon the hardship that came upon this enduring strong-willed family, her mother reached out for sources of income by selling books in schools to make ends meet. However, the constraints brought about by the Covid-19 pandemic and the Movement Control Order (MCO) put a halt to everything.

The family is now compelled to depend heavily on the disability allowance of her father, approximately RM1,000 a month, as well as on savings and loans. This is not the first time that financial troubles have almost hindered the studies of Kirroshnie.

She was suspended for being late on payments in 2019 and had to postpone for three months whilst collecting funds, ultimately managing to pay a portion of her tuition arrears to get reinstated.

She further expressed her concern stating;

If I can just finish and become a doctor, it will be a huge relief for me and my family. During my housemanship, my salary with allowances would be around RM4,000, so I’ll be able to support the family. I’ve tried getting some sponsors, and some of them even went as far as speaking to the university, but it didn’t come through. I’m running out of options.

Kirroshnie managed to remain enrolled, but has fallen RM30,000 behind on tuition fees and teeters on the brink of being forced to leave SEGi University with another RM45,000 bill for 2021 is awaiting to be paid off. Plus, she also needs to cover her accommodation fees in Sarawak where the medical faculty is located.

Education still remains as a luxury for many merely due to the sky rocketing fees and unavoidable financial affairs that most families submerge in due to the pandemic.

However, with all the financial shower that came about from our localites, Kirroshnie express her heartfelt gratitude and thankfulness to all those that came about to help her complete her studies!

This is already more than I could’ve hoped for. People can stop sending money now. I think I can handle it from here. I really want to thank all the people who have chipped in to help so far. It’s really meant so much to me and my family.