Impressed by 7-Year-Old’s Honesty, Rajinikanth to Sponsor His Education

Whether it’s donating to charitable causes or speaking up against misogyny, it’s always cool to hear stories of our heroes, being heroes in real life too. Here we have Superstar Rajinikanth, the biggest celebrity in South India and arguably one of the most charismatic movie stars on the planet, promising to sponsor a 7-year-old’s education after being impressed by his honesty.

As reported by Times of India, a 7-year-old boy named Yasin hailing from a small town in Tamil Nadu, emotionally moved Rajinikanth with his honesty. On the way to school, the boy found a wallet on the road — a wallet with Rs 50 000 (US$ 730) in it. But despite being a kid from a small town and (probably) never encountering that much money before, Yasin quickly handed the wallet over to the principal of the school, who later turned it in, to the Superintendent of Police. 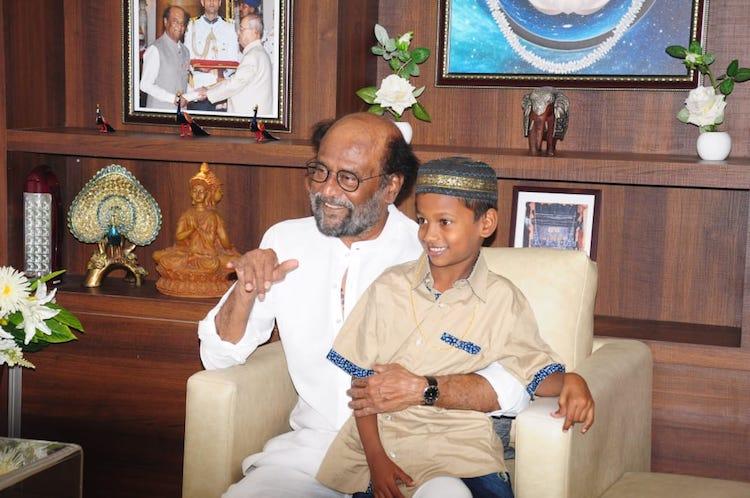 Upon hearing about the news, Rajinikanth spoke highly of the boy:

“In this age where people cheat, thieve and kill even for a little money, he (Yasin) said that this is not my money and handed it over. What an honest boy. It’s a great quality.”

Rajinikanth also offered to sponsor the boy’s studies, as well as invite him and his family over to his house and praised Yasin’s parents. So I guess the biggest hero here is Yasin!
Tags: Rajinikanth
Share3Tweet2Send