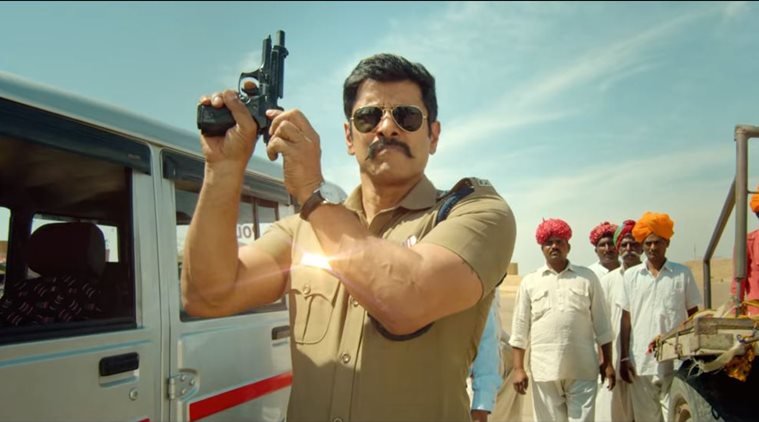 Okay, first thing’s first. Are we all in agreement that Saamy Square (as opposed to 2, two, vol 2, II) is the most ridiculous movie title ever?

The original Saamy also helmed by Hari (Singam trilogy) was perhaps the film that propelled Vikram forward as a commercial Mass hero. Since then, Vikram has gone on to star in films like Dhool and Kanthaswamy. Now, after 15 years, Vikram and Hari have teamed up once again for Saamy Square.

During the film’s audio launch, Vikram talked about how this film is an important one in his career.

I feel really emotional to talk about the film. I carry a lot of good memories regarding this project. Saamy was a very significant film in my career. It catapulted me as a commercial hero and I should thank Hari for that. Later, we did Arul and I told Hari that we should make a sequel to Saamy only if we find a proper storyline. Although we used to meet regularly, Hari said he couldn’t lock a suitable story for the sequel. However, he finalised the script one day. I also felt that it was the right time to do the sequel. It’s been a long time since I did a full-on commercial entertainer like this.

Saamy Square is set to hit the big screens this September.