Know Your Rights, If You Have Been Arrested By The Police Force!

As a civilian, you really do have the right to remain silent should you wish to. 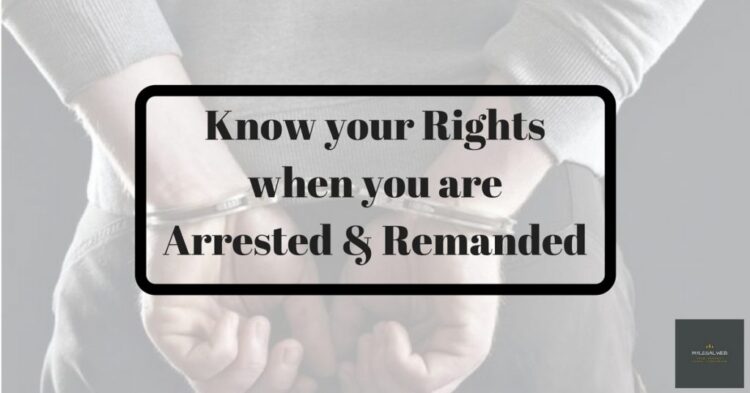 Police brutality is still a severe human rights issue in Malaysia, notably among the Indian community. The Royal Malaysia Police (PDRM) has often failed to investigate and punish allegations of police misconduct, give reparation to victims, and guarantee that existing monitoring institutions can act to fulfil these commitments.

On the other hand, in Malaysia, we are still waiting for the government to apologise profusely from individuals who have been mistreated. How many people continue to be perished as a consequence of authorities’ detention?

To mention a few S Balamurugan, P Karuna Nithi, N Dharmendran, A. Ganapathy, Surendran, and many others have all perished in police detention before their day in court.

Unfortunately, only one out of every four occurrences is reported, with the majority of the stories emphasizing the fact that the victims were predominantly Indians.

In order to prevent future deaths and serious incidents in police custody in Malaysia, our Indian community should be knowledgable on their rights and ways to protect themselves at all cost. It’s a good idea to have a clear plan on what to do if you’re confronted by the police. Let’s talk about what you should do if you hear the words “You’re under arrest!”.

Rights After Arrest & During Detention

First and foremost, don’t panic! Its easier said than done but that’s the most important rule of life. Remain calm and ask politely why you’re being arrested. You have a legal right to know why you have been detained, and refusing to do so is unconstitutional.

A  police officer cannot arrest you just because you are a potential witness and want to take a statement from you (112/Witness Statement).

It’s important to bear in mind that you can’t be detained beyond 24 hours for an investigation unless you’re brought to a Magistrate and obtain a Remand Order to extend your detention. A Remand detention of 4 to 7 days may be imposed by the Magistrate, however it still depends on the offence being probed. The police may file for a second Remand Order to prolong the custody for another 3 to 7 days under this 2nd Order.

When you think the police have kept you in custody for too long:

Understand that you cannot be detained no longer than 15 days!

You have the right to make a phone call to inform the incident:

You may also call a nearby Legal Aid Centre. Inform them:

Once you request for the presence of a lawyer, you have the right to consult with a lawyer at the Police Station. The police must provide you a reasonable bit of time to meet with your lawyer and have a consultation. The police can, however, refuse you this privilege if they believe that delaying your interrogation would result in the commission of another crime or put others in risk.

Police lock-ups and police stations must be a safe place for every human being and should not be turned into a crime scene. The police must regain the public’s respect and their interrogation approach must change in accordance with the times. They must step out of their brutality. They should investigate criminals and not turn themselves into criminals.

The Police have power to search your body for any object relating to the suspected offence. A female can only be body searched by a female Police Officer. And the most important thing is there is no law requiring you to strip naked.

If you are forced to strip naked/threatened if you do not strip naked!

• Lodge a report after the incident

Throughout the arrest process, you have the right to remain silent and politely declare by saying;

“I will answer in Court”.

For further clarification on your rights, the Malaysian Bar Council website has a directory list of Legal Aid Centres here.

Let’s end the rise of death cases in police custody as soon as possible. It’s probably time to expedite the police reform process and ensure that all allegations of police misconduct are completely and fairly investigated, and that victims obtain justice and recompense.

Know Your Rights, If You Have Been Arrested By The Police Force!