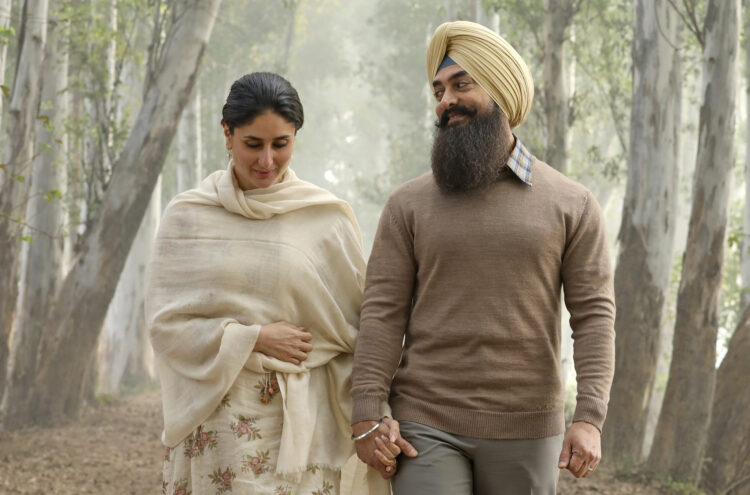 Laal Singh Chaddha is a movie in which you can’t afford to have any distractions in between because even if the movie is considered quite long, approximately 2 hours and 44 minutes duration, the details of the film itself elevates to a whole new level.

After spending 20 years in purgatory, the highly anticipated movie is finally seeing its light worldwide. Directed by Advait Chandan, the film which is an adaptation of the Academy Award-winning 1994 film Forrest Gump, also stars Kareena Kapoor and Naga Chaitanya in pivotal roles.

Although the producers claim to have obtained the rights from the original studios, this movie is merely an adaptation of Eric Roth’s original storyboard, which fits well into the history of India, culture, and custom.

Laal Singh Chaddha shows us a new perspective. The adaptation of #ForrestGump hits all the right notes.

Aamir Khan who is back on screen after a long hiatus of 4 years, plays the role like he’s been doing it for years; his Laal is instantly reminiscent of PK, the alien he played in a 2014 film of the same name — a are a little naive, a little idiosyncratic, and ultimately good-natured. He perfectly replicates the iconic body language and speech patterns of the original actor Tom Hanks with a full beard and turban and lilting Punjabi dialogue that translates even lines as famous as ‘and that’s all I have to say about that.’

And needless to say, Aamir pulls off cute and strong performances by balancing acts between humour and sadness, in a story rich in small laughs and quiet truths. It is never easy to admit when a movie brings one to tears, but you’ll be finding it difficult to hide when his face looks directly into the camera in one of the scenes, nearly making you feel the pain he has endured to hide behind his long beard and a big smile.

On the surface, its technical execution is so precise and immaculate that it’s hard to notice the flick’s greatest achievement hiding underneath; concise screenplay, editing, and stunning visuals of the forest and hilly landscapes of India. Some brilliant frames will leave you with tears, smiles, and a reflective state of mind.

Audiences have also questioned why Aamir Khan plays a Sikh role. Even the writer was curious to know why he specifically took on the role.

In a recent interview, the actor revealed that according to the timeline of recent socio-political history, 1938 – 1984 was a crucial and volatile time in which the Sikh community faced a lot of prejudices, hatred and violence perpetrated on them.

Barring the underwhelming aspects, give this one a chance this weekend if you’re longing for something well-made and backed by stellar casts.

Many smiles and tear-jerking movements are guaranteed. It’s all heart…Experience the journey of #LaalSingChaddha at your nearest cinemas!