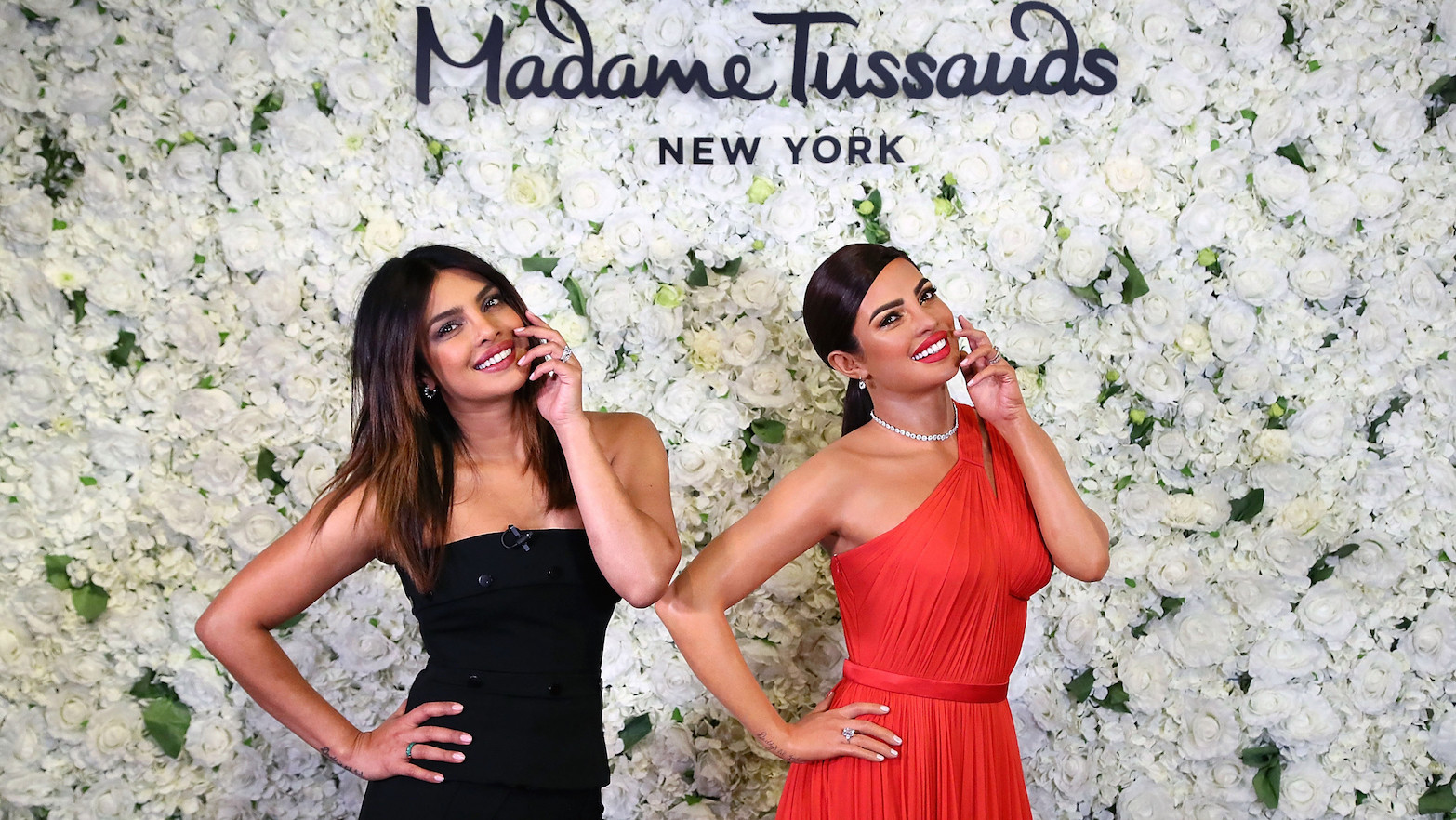 No. You are not seeing double.

After an illustrious career in the film industry in Hollywood and Bollywood, Priyanka Chopra Jonas has unlocked another milestone as she unveiled her ‘identical twin’. Popular wax museum, Madame Tussauds in New York has dedicated a wax statue in honour of Priyanka.

A video was shared on Priyanka’s Instagram documenting the 6 month long process that led up to building her wax statue to her 35.5 million followers.The wax statue is dressed in a long flowing red gown and her hair is neatly tucked in a low chignon.

Priyanka is currently engaged in promotions for her upcoming Valentine’s Day romantic comedy ‘Isn’t It Romantic?’ starring Rebel Wilson. She also revealed on The Ellen Show that she will be producing a feature film based on Netflix’s Wild Wild Country.

If there is one thing we are sure, nothing is going to slow Mrs. Chopra Jonas anytime soon.