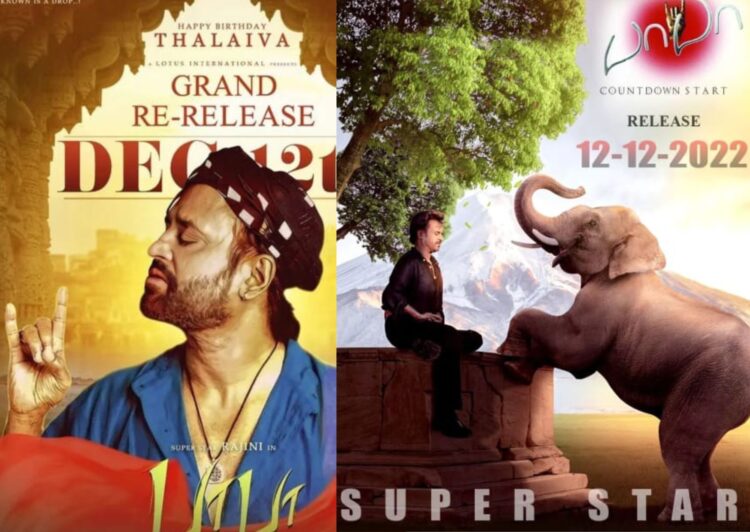 With Rajinikanth’s Jailer film being the talk of the town, here’s a little sneak peek at the evergreen film that is about to hit big screens soon.

The most celebrated Indian actor of all time, Superstar Rajinikanth will be turning 72 this December 12. To make this iconic idol’s birthday extra special for his fans, the 2002 supernatural ‘Baba’ movie will be re-released and remastered.

According to The Indian Express, Baba turned out to be a massive flop that incurred huge losses for distributors. Also when asked why bringing back such films, the director of Baba, Suresh Krishna said in an interview it is because of the increasing popularity of fantasy films. The director also said that Baba was ahead of its time. The 20-year-old film has been digitally enhanced and remastered with better audio quality and digital print. As the release nears, the makers of the action and comedy-packed film unveiled an exciting trailer of the film.

It’s on the fans now to turn this once-flop film into a hit!

In a recent tweet, the 71-year-old actor shared the trailer and tweeted – “A film that will forever be closest to my heart… #Baba remastered version releasing soon (sic).”

A film that will forever be closest to my heart … #Baba remastered version releasing soon 🤘🏻#BaBaReRelease https://t.co/vUaQahyHlA

The film will also have new audio enhancement exclusively dubbed by the superstar, Rajinikanth for his portions and the film’s background score. All the songs of the film, which are fully composed by AR Rahman like ‘Maya Maya’, ‘Shakti Kodu’, have been remixed and changed to Dolby Mix sound system. Whereas, The film’s runtime has been reduced from 3 hours to 2.5 hours. The coolest part of the trailer is the additional line of Rajinikanth saying, “I am coming.

The makers had only planned to release the film in the Southern state of India, Tamil Nadu, but due to Rajinikanth’s die-hard fan following, they have decided to release the film across the country. It may also be released in a few international markets, as well. A thrilling remake with goosebumps feelings one can get watching this film.

Will Malaysians get to experience this massive feel from this epic film on big screens too? Let’s wait and see.