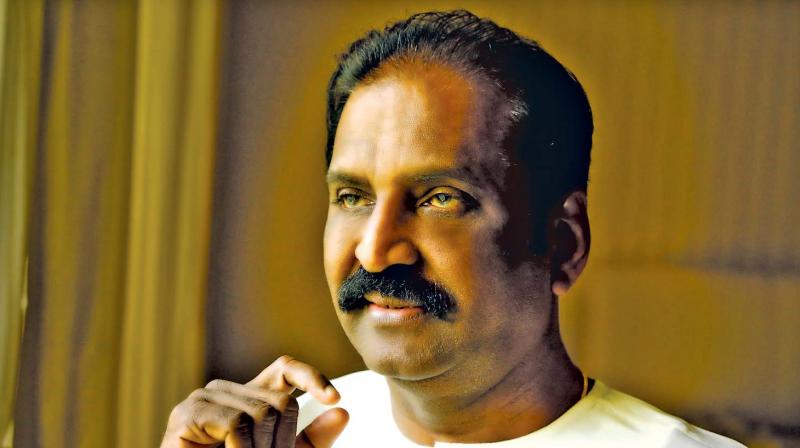 The Government of India’s National Commission For Women has forwarded the complaint against alleged sexual predator Vairamuthu to the Director General of Police in Chennai a day ago. None of the mainstream Tamil media outlets have reported this development.

Singer Chinmayi tweeted an image of the document, saying that she is sure that nothing will happen, due to Vairamuthu’s strong political connections.

Considering so many of the outed predators and rapists have powerful friends or are politicians themselves, nothing will happen.
But I am glad I outed him and warned others. I wish I had been warned but no one did. pic.twitter.com/bo4YOKvVz2

While the letter itself was dated 1st of March 2019, this is the first time the singer is posting the image of this document. One would imagine that things are getting serious for lyricist Vairamuthu, and yet, a quick google search yields no results on this piece of news. 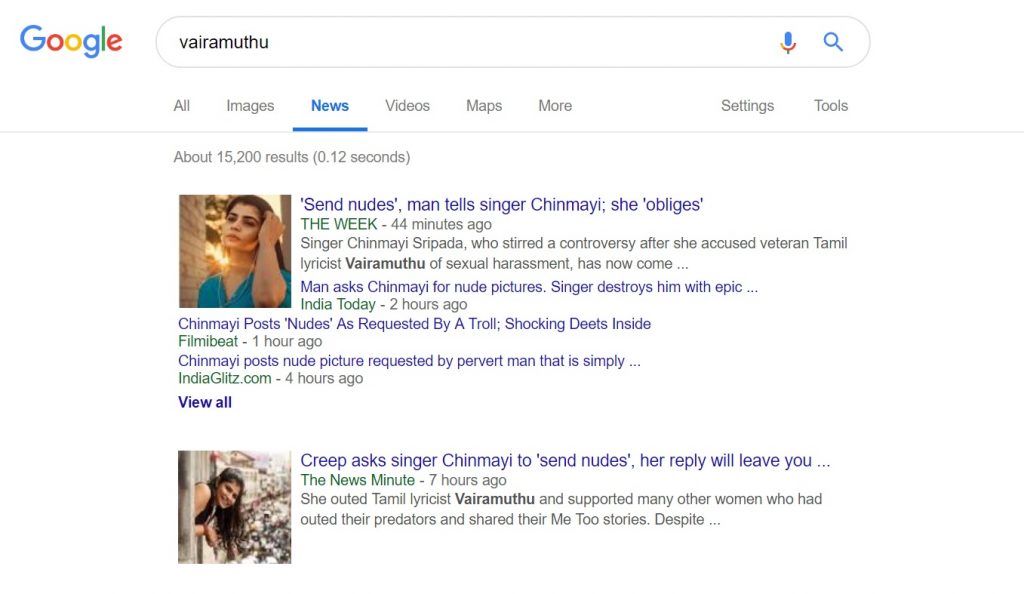 Instead, the search results for Vairamuthu brought up ‘news’ of Chinmayi responding to a pervert who asked her for nudes on Twitter.

The award winning lyricist appears to be unperturbed by this development, and his last post on social media was 10 days ago, about going to war for the Tamil language.

While the media blackout is not surprising, it is terrifying to think of how deeply rooted Vairamuthu’s campaigners are. In fact, it wouldn’t be a stretch to say that the Tamil media outlets appear to be abetting Vairamuthu’s alleged crime by not reporting the latest developments.

Why is this a problem, you may ask. The alleged perpetrator and other such people who find joy in harassing are not kept in check. They are emboldened by the fact that the issue has died down, and they may very well continue to torment more people. To make matters worse, the same process leads to victims feeling ostracized and helpless.

Perhaps this will change in time. But for now, the silence is deafening.