The resurrection of pre-independence music 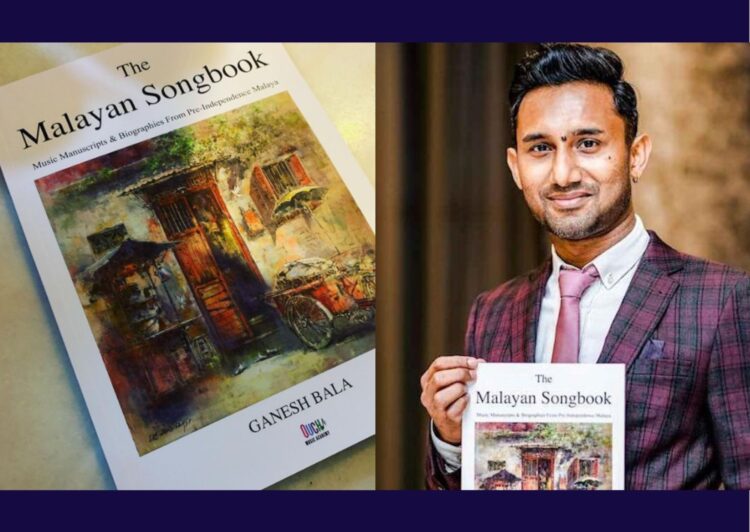 Do you wish to go back in time to the golden era of pre-independence music?

Ganesh Bala, a local music producer, unveiled The Malayan Songbook on March 2nd, which is a compilation of pre-independence Malayan music hits transcribed and re-arranged by himself at Vida Bukit Ceylon in Kuala Lumpur.

The book includes a complete collection of 21 contemporary Malay music scores by evergreen composers such as Tan Sri P. Ramlee, Ahmad Jaafar, Ahmad Wan Yet, and Yusof B, including some transcribed songs such as Arjunaku by Ahmad Jaafar and Kembang Desa by Yusof B.

The multi-instrumentalist expressed his gratitude for the opportunity to contribute his first songbook to the local music scene.

The 34-year-old young man who enjoys rearranging music says Malayan music is unique because it fuses Latin rhythms, jazz harmonies, Malay or Asli melodies, and is played on a combination of western and traditional instruments.

“The music was so unique that I remember it to this day. However, I was only familiar with P. Ramlee as a Malayan composer,” Ganesh stated.

“Until I produced Semalam di Malaya in 2016, I didn’t know much about other composers of the era,” he remarked.

Besides that, he intended to create this songbook to tell everyone about this golden age.

He went on to say that the record influenced him to transcribe the scores and learn more about the culture, history, and entertainment scene of the time.

Ganesh had successfully recreated the melodies from the old albums using the most advanced recording software since some scores were missing portions, notes, and harmony.

“The majority of the Malayan tracks were recorded on open reels. The state of these recordings deteriorated over time. Despite the fact that RTM did a fantastic job digitalising the recordings, the audio quality was still pretty low in some of the tracks,” he explained.

Ganesh, who is also the director of OUCH Records, says that he transferred the tapes into a digital audio workstation to repair arrears that needed to, allowing him to transcribe the songs accurately.

The songbook are catered specially for history buffs who enjoy learning more about Malayan music history, including biographies and essays of the singers, musicians and composers behind the melodious songs.

It is a fantastic source for musicians and history enthusiasts.

The Malayan Songbook will be sold at Kinokuniya, Times Bookstore, Borders, and MPH.