Our dearest Indian students strike again across International countries seizing the place for their outstanding talents no matter from where they come from.

This year, SJK (T) Ladang Elaeis – a rural school in Kluang, Johor, with only 25 students and 8 teachers, emerged the winner of the Frog World Championship 2020. This Tamil school had overtaken two other schools from the United Kingdom, the Frederick Gough School and Yardleys School, which came in second and third respectively. 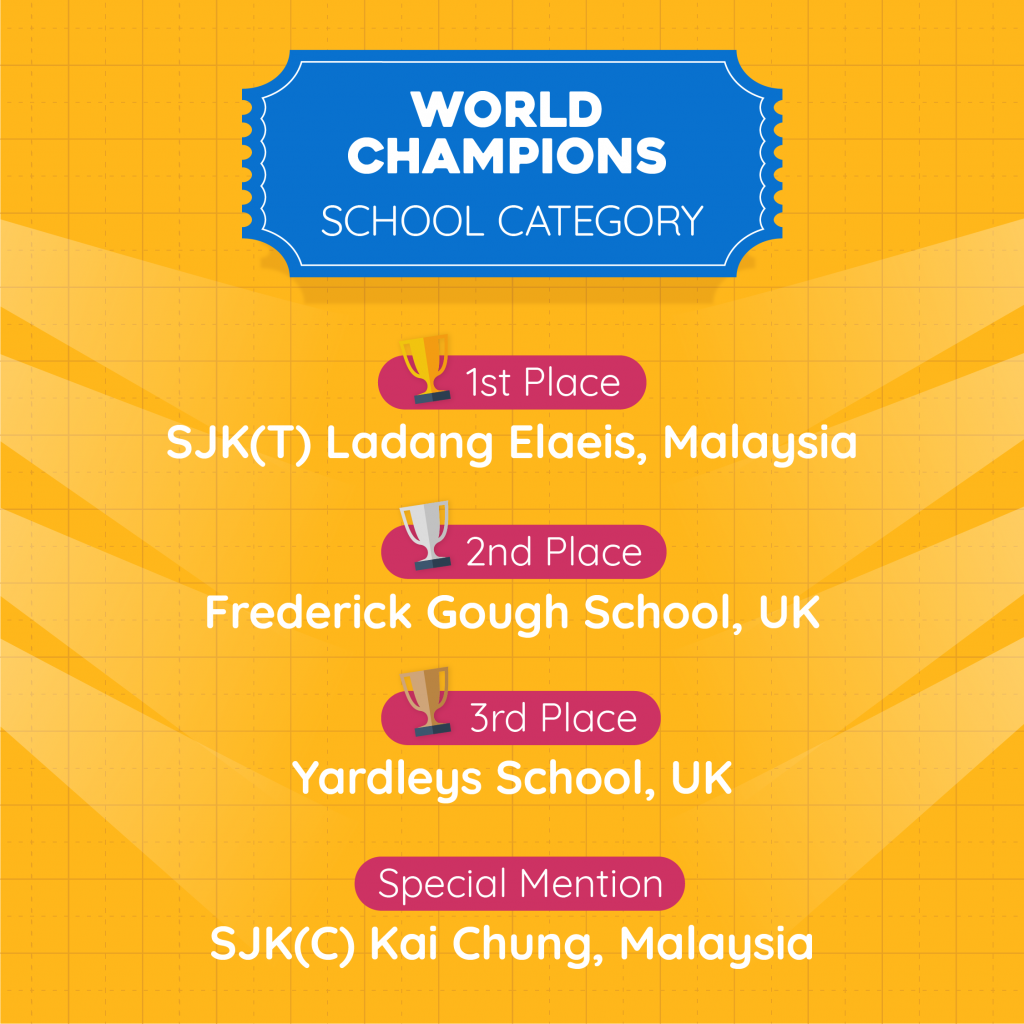 They have proved the naysayers that the possibility is endless with mere talent and hardwork! They have clearly depicted the true meaning of talent, that is to persevere and sustain yourself to climb up the ladder of success.

This year’s Frog World Championship 2020 saw over 3,000 schools in 13 countries answering more than 18 million quiz questions. Inspired by the novel Around the World in 80 Days, the championship called on participants to take an interactive trip along with other Frog users around the world.

The trip began in the UK and ended in Malaysia, with several stations along the way. Students and teachers were given the opportunity to learn and communicate with fellow peers from other countries gaining knowledge on the usage of the Frog System.

The winner of the international competition with over 3000 schools worldwide is SJK (T) Ladang Elaeis.

SJK (T) Ladang Elaeis school is located in rural Johor. The school ventured into Frog Asia through the endless support and courage from Mr Eswaran Balakrishnan or known as Cikgu Eswaran at SJK (T) Ladang Elaeis. He proposed the astounding idea to the school after attending a workshop on Roti Canai and discovered how technology plays an important role to help make lessons interesting and engaging for students.

In an effort and initiative to support students with adequate amounts of facilities to conduct classes via Frog VLE, he sponsored the students with computer mouses so that they could first use laptops for their online classes at school.

His charisma and positive attitude to implement this in the school was based on what he acquired, hence became an inspiration for other teachers to implement the same technique to teach their students.

Thereafter, the education program in the school were completely conducted via Frog VLE, and lessons were soon done using Frog VLE in computer labs.

During the movement control order (MCO) period, education has still been going on for the students via Frogschool and they are thought on how to conduct science experiments from the comforts of their own home using house hold items.

The school received immense appraisal from the Executive Director of Frogasia, Lou Yeoh for their success beating 2 international schools. She was quoted as saying “We were delighted to see SJK (T) Ladang Elaeis emerging as this year’s Frog World Champion. Competing against thousands of schools from all around the world is no easy feat.

“It was inspiring to see the dedication and perseverance of the teachers and students at SJK (T) Ladang Elaeis, and the vast amount of work they put in to learn and work hard, even when they were learning from home during the Movement Control Order (MCO) period.”

An award was gifted to Mr. Eswaran Balakrishnan by FrogAsia, praising his talents and nobility in bringing such an intricate system to the students from rural Johor by gifting them the luxury of technology.

He garnered the Frog Teachers Awards 2020 for his dedication in encouraging students to use an effective studying method based on critical mind thinking.

To help students further on the importance of using the Frog platform, night classes were held at his own residence. The program was a great success partly due to the support from both teachers and parents equally contributing making sure the students attended this productive classes persistently.

Komala, the mother of Suresh, a Year 6 student in SJK (T) Ladang Elaeis, is one parent who has full confidence in e-learning. She believes that for children like her son who do not enjoy handwriting, digital learning is definitely more effective. She was extremely delighted on the usage of Frog as she could supervise her sons activites and have him engrosed in the app attempting quizes and revising through his notes.

These were some of the amazing contribution made by the teachers, students and parents elevating them to an international competition to seize the first place!

Frog World Championship is an annual international event that has been happening for 2 years successfully. It has gained participation from over 7,000 schools in 15 countries around the world.

The Frog World Championship is organised by FrogAsia in partnership with Frog Education UK which highlights and celebrates how schools and students aspire to be successful globally through teamwork, perseverance and fun in learning.

The competition revolves around the use of the gamified-learning FrogPlay framework offered inside Frog VLE, where schools and students from around the globe compete for the world title and the chance to win a total of USD 10,000 worth of prizes.

FrogAsia is now coordinating the Frog Championship: Arkedia for all the national schools from 3rd August to 30th September 2020.

To win, this competition requires the participation of both teachers and students. Students will need to answer as many FrogPlay quizzes as possible and attend intra-school as well as a FrogPlay Live inter-school session, while teachers will need to teach and host FrogPlay Live sessions too. Schools and students can look forward to winning cash prizes and more than RM70,000 worth of book vouchers. 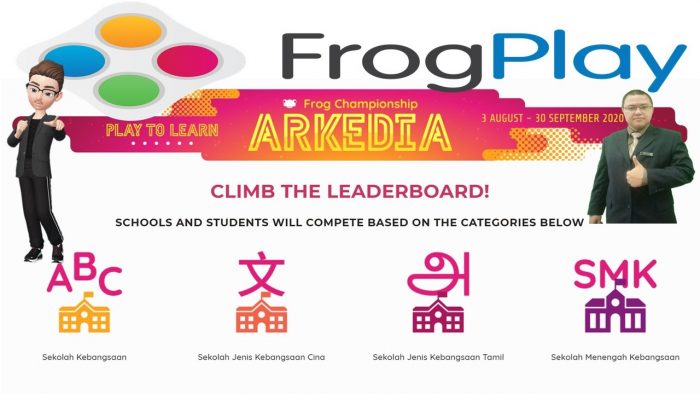 The success of the SJK (T) Ladang Elaeis is prove that all things are possible if one is determined to sore to greater heights in life. Students and teachers are encouraged to participate in the competition which not only tests your knowledge but helps in forming a closer bond between students and teachers. 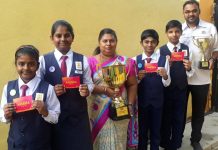