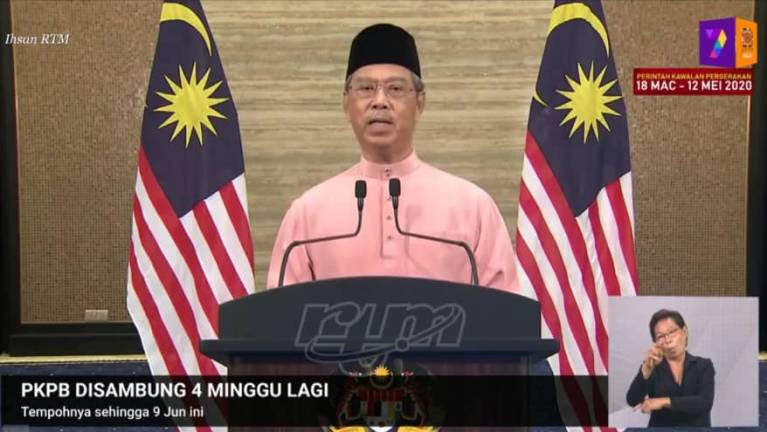 Prime Minister Muhyiddin Yassin today announced that the conditional movement control order (MCO) has been extended from May 12th to June 9th.

“On the advice of the Health Ministry and the National Security Council, I would like to announce that the conditional MCO effective until May 12, will be extended until June 9 or another four weeks,” he said.

Muhyiddin said while the government has seen positive developments in its fight against Covid-19, it has yet to fully succeed.

“I find that the majority of the people want the government to continue to take the appropriate measures in fighting it,” he said.

With the conditional MCO’s extension, restrictions such as no interstate travel or gatherings remain in place. “Any changes to the rules, standard operating procedure (SOP), or the list of sectors that are allowed to operate will be announced later,” he said.

Under the existing conditional MCO, some businesses are also not allowed to operate, such as hair salons.

The MCO was initially supposed to last two weeks but saw three extensions until May 12.