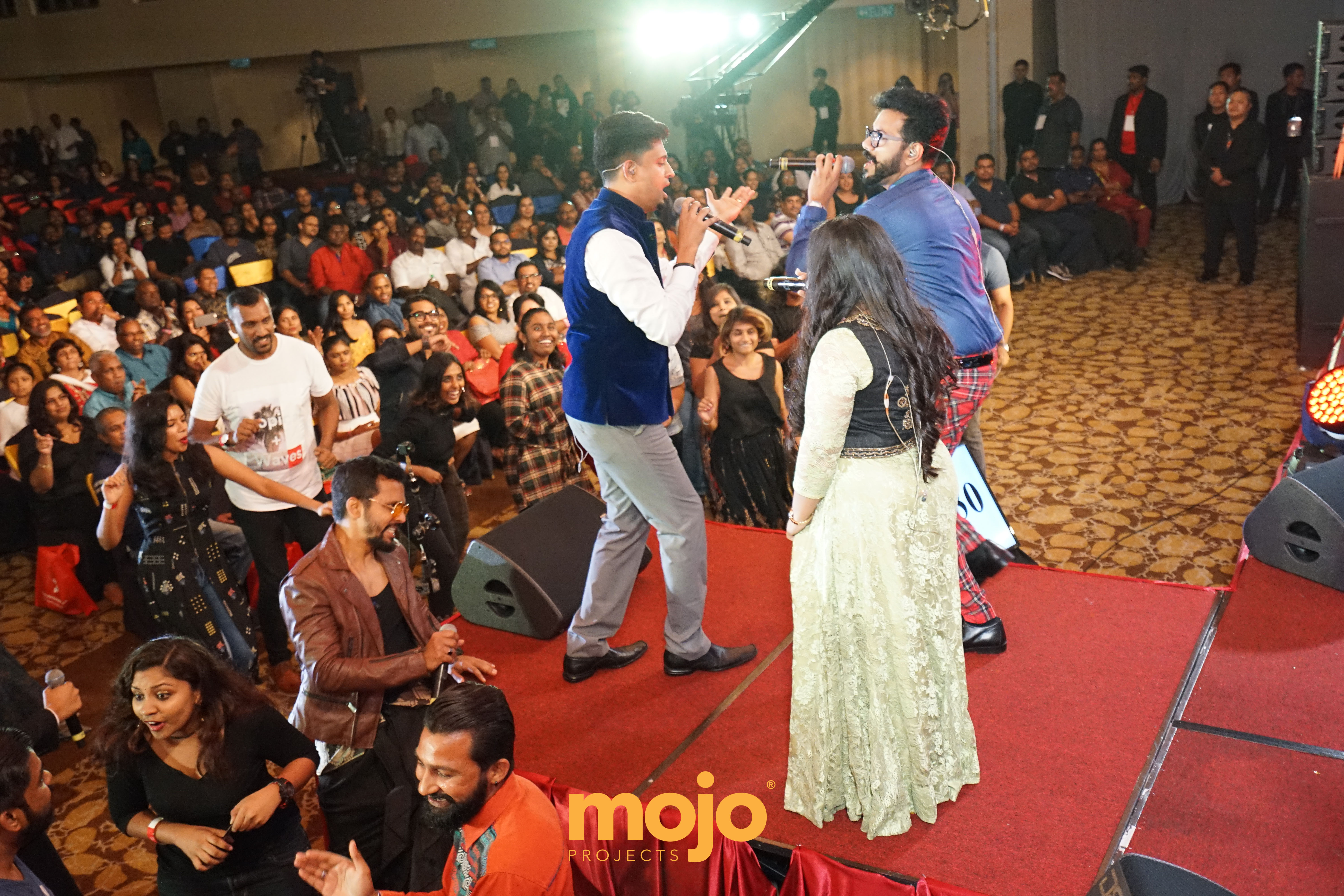 It was a night full of throwbacks, nostalgia, and absolute schmaltz at the Madras: An 80s Musical – and I wouldn’t have it any other way.

Mojo Projects carefully chose four singers to execute the task; Aalaap Raju, Ranjith, Rahul Nambiar and Saindhavi. Each of them did not only perform their chosen songs impeccably, they also infused each performance with their unique style and personality. 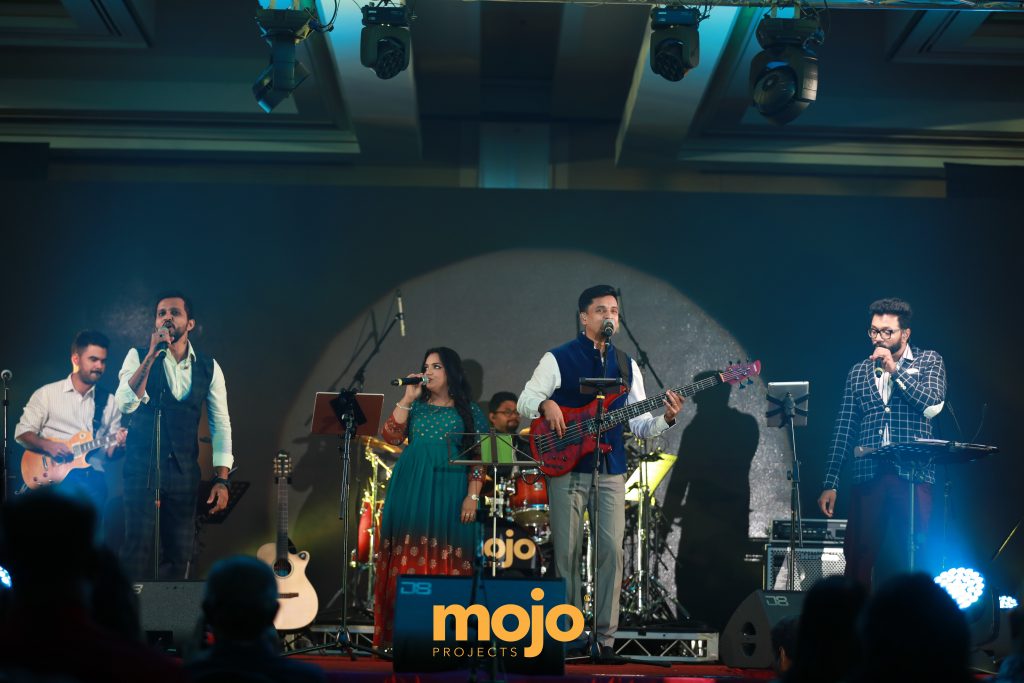 Aalaap Raju, the designated bassist, gave a mild and tender feel to the songs he performed. Ranjith had a very soulful and charming approach. The petite Saindhavi filled the hall with her mighty and powerful vocals; and it was all funky and mischievous with Rahul Nambiar.

Throughout the night, the crowd was entertained by iconic 80s songs like ‘Aasai 100 Vagai’, ‘Raja Raja Cholan’, ‘Vaa Vennilla’, ‘En Iniya Pon Nilave’, ‘Sundari’, and many many more. To recap, here are our top 7 favourite moments from the entire concert: None of us really knew how the concert would open. Even after interviewing all four singers the night before, I did not really have much of a clue. Would each of them appear one by one? Will they start off with a slow number?

The musical kicked off with all four vocalists, Aalaap Raju, Ranjith, Rahul Nambiar, and Saindhavi belting out the super hit song ‘Rajathi Raja’ from Agni Natchathiram. That certainly set the mood for the rest of the evening as we were jolted right back to the 80s. 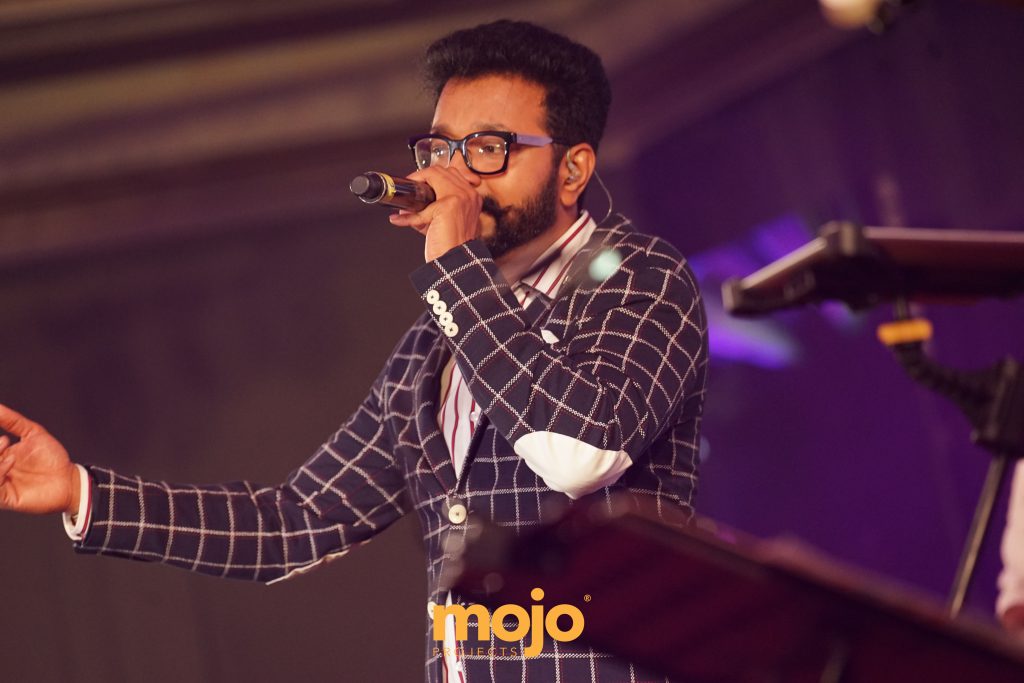 It was a night full of memorable performances that will be etched in my memory for a very long time. But if someone held a gun to my head and asked me to pick one particular performance that stood out, I would have to go with Rahul Nambiar’s rendition of ‘Katta Vandi’. As soon as Rahul began singing the hit song from Sakalakala Vallavan, everyone was on the edge of their seats, contemplating if they should spring up and break into a dance. Shoulders and arms started wiggling all over the hall, resonating with the vibrance of Rahul’s vocals. 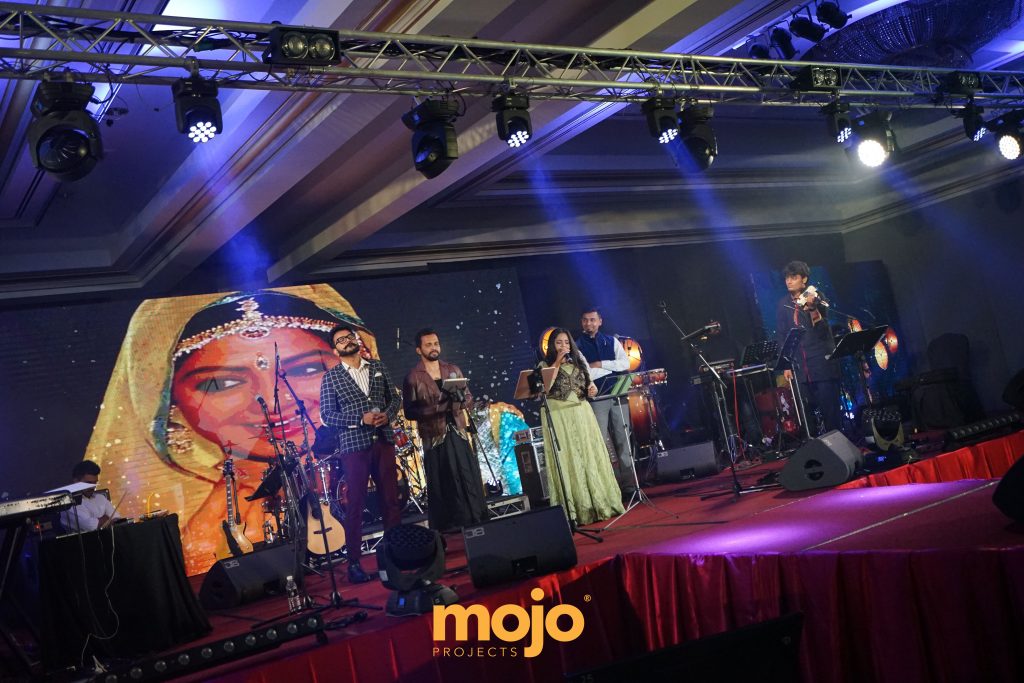 The world mourned and suffered at the news of Sridevi’s sudden demise. It would be almost blasphemous for an 80s musical concert not to pay tribute to the legendary actress. Playing a string of hit songs from Sridevi’s movies, the hall quieted down and soaked in the nostalgia as Aalaap, Ranjith, Rahul and Saindhavi paid tribute to one of the most iconic name in the 80s.

The quartet also paid tribute to Malaysia Vasudevan, recognising the veteran star’s significant role as a playback singer and actor in the Tamil film industry before his demise in 2011. 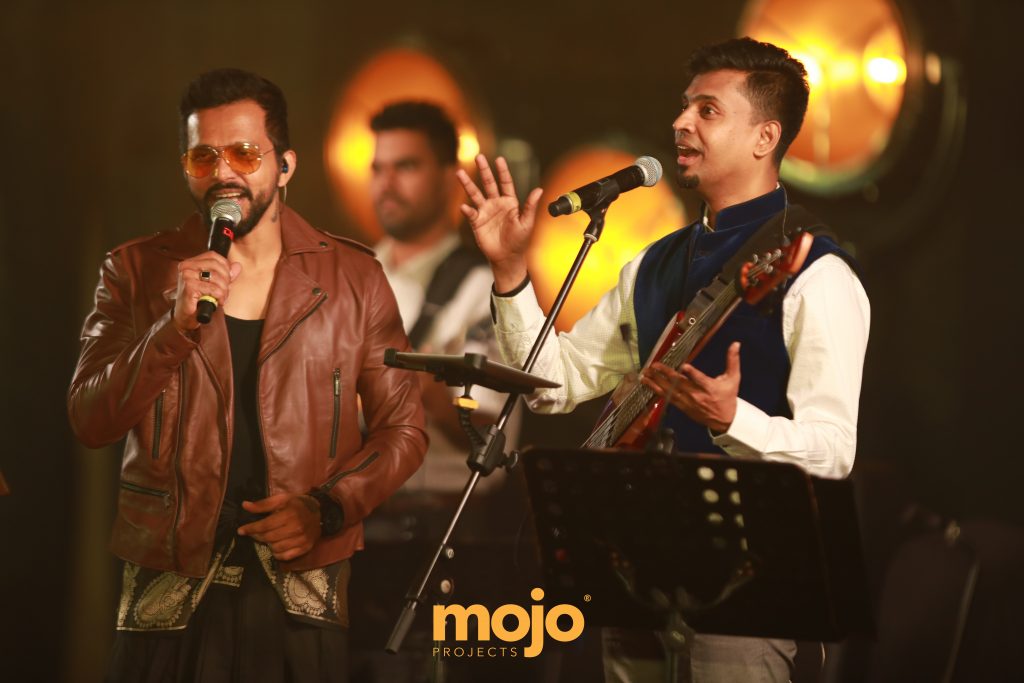 Aside from THR Raaga’s Aanantha who was an excellent master of ceremony, the task of engaging with the crowd in between songs fell on the shoulders of Aalaap Raju. Aalaap did a fantastic job at that, every comment he passed induced a roaring laughter from the crowd, especially when he, Ranjith, and Rahul shared a banter on stage.

5) Ranjith’s twist on the sarong 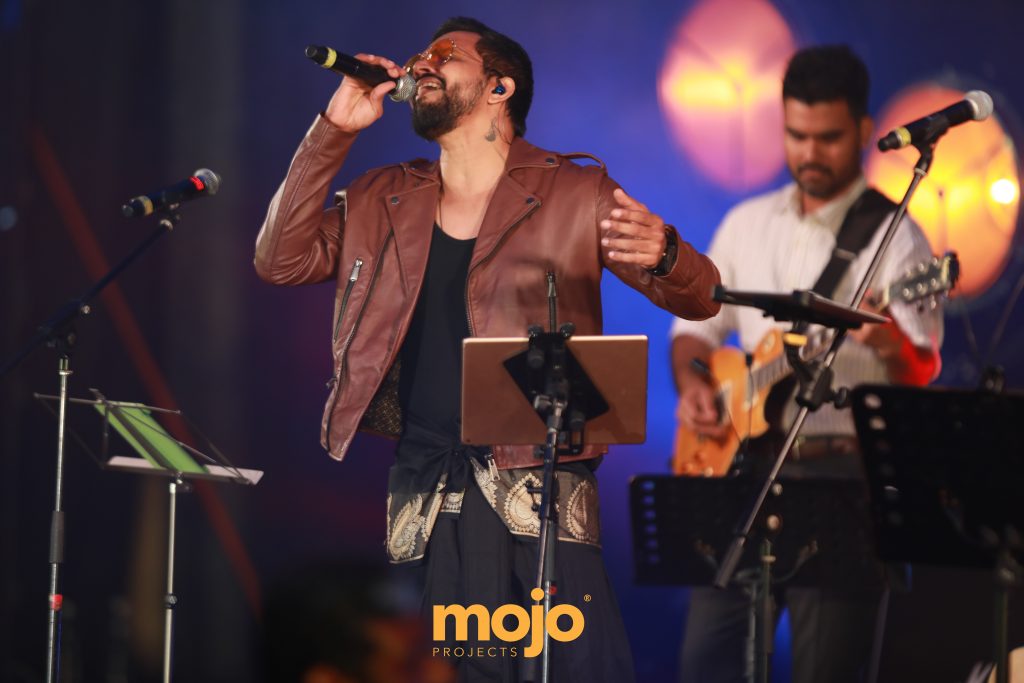 After a brief intermission, Ranjith changed his wardrobe and went for something eclectic. While his fellow singers made fun of him, Ranjith explained that his friend, who is a fashion designer, advised him to wear a sarong when he performed in Malaysia. So Ranjith went ahead and did it, he matched the sarong with a leather jacket to give it a local and modern twist. “So this is why you said you had a surprise for us before the show?” Aalaap commented, inducing another round of laughter from the crowd. 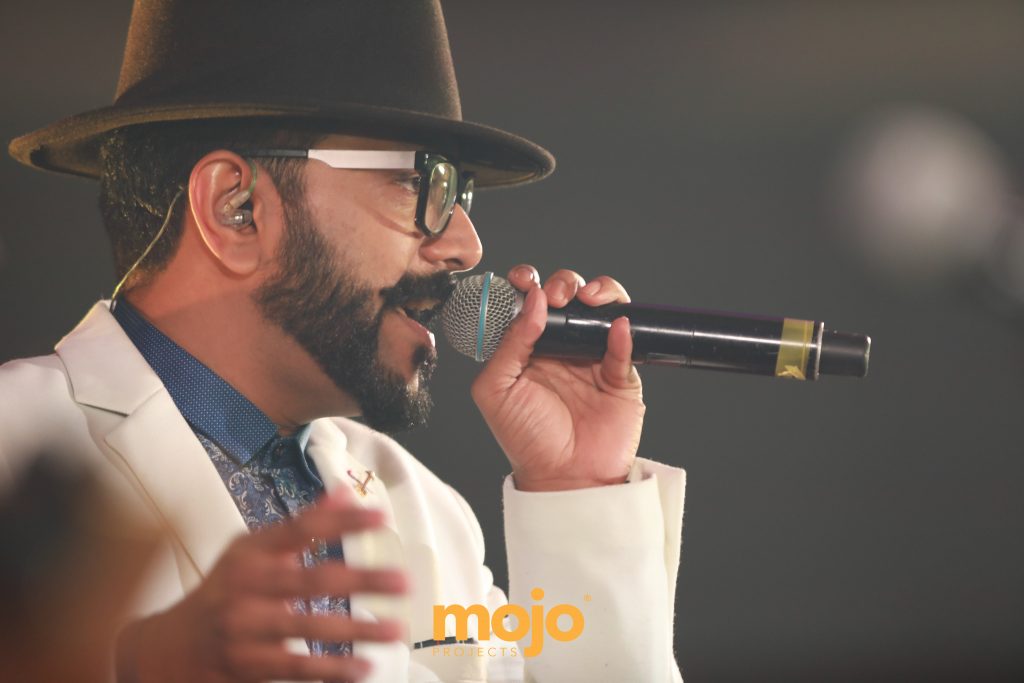 Yep, this hat in the picture doesn’t belong to him. Just before he started singing, Rahul literally ran over to the side of the stage and asked a photographer for his hat, possibly to perk up his wardrobe and set the mood for the song.

When Rahul heard a voice from the crowd saying “I love you Rahul!” (for the 15th time), he swiftly he replied with “I love you too,” in a high-pitched voice. Well, he may not know who she is, but I’m just glad that he responded to her and she probably got her good night’s sleep. 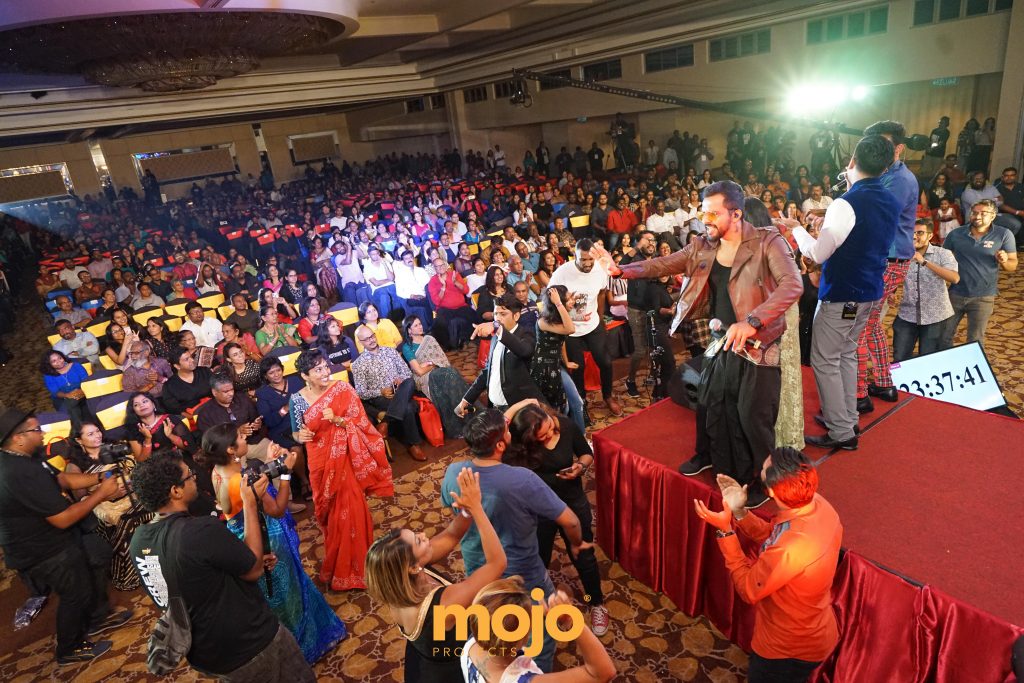 It was the perfect ending to the night. The singers belted out ‘Ye Aatha Aathorama Variya’, while everyone raced to the front of the stage and danced their hearts out. The rest cheered from their seats, some were too shy and danced at the side of the hall. At one point, Ranjith even got down from the stage to dance with the crowd, along with MC Aanantha. It was an explosive closing – fun, energetic, and full of dancing and cheering. I could not have imagined a better end to the night! 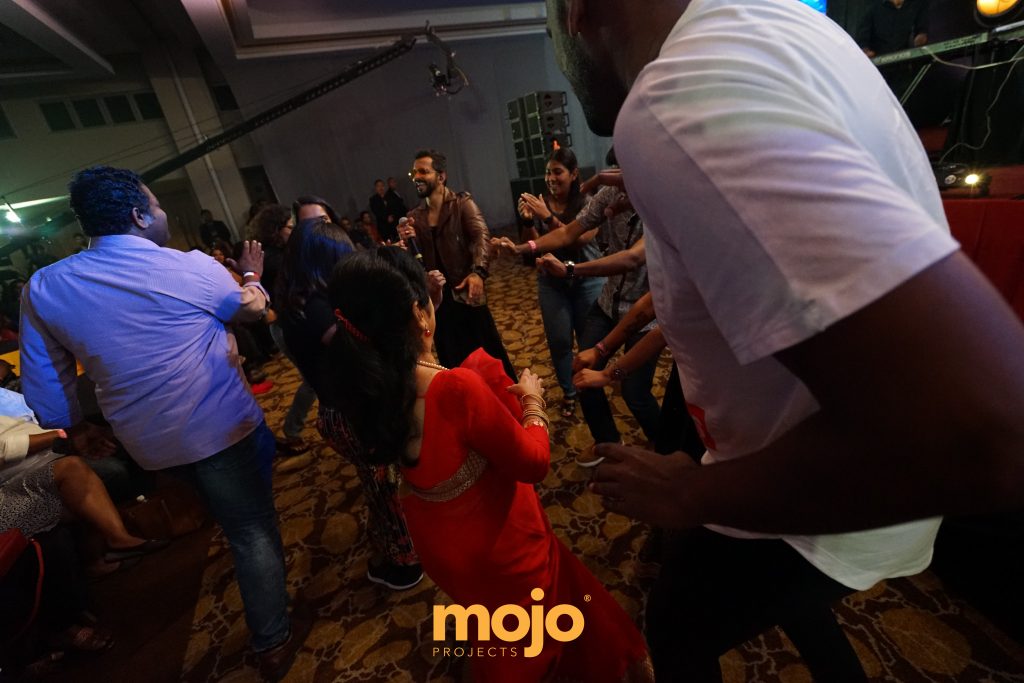 Thank you Mojo Projects for giving us a night to remember! Till the next one :D