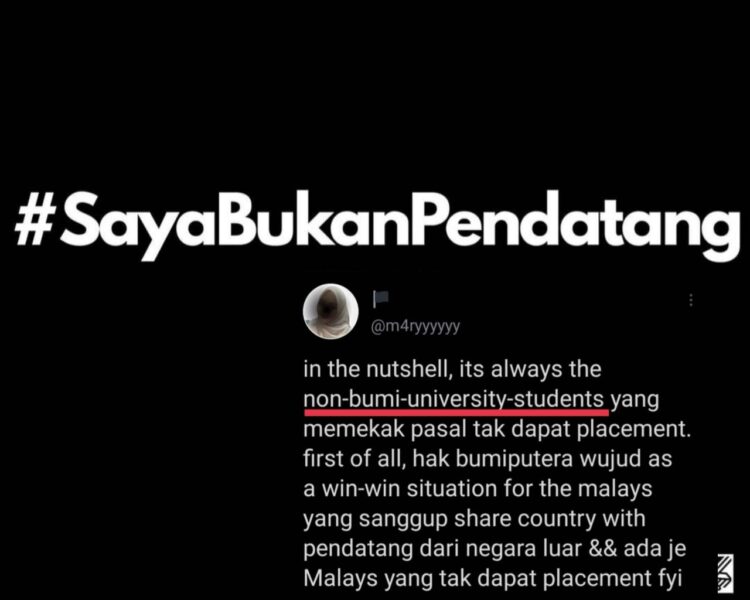 It’s year 2021, and yes racial discrimination still exists in Malaysia. The ‘Bumiputera’ sentiment has kept its grip on power by ruling the country.

According to a prominent historian Tan Sri Professor Khoo Kay Kim, ‘PENDATANG’ is a phrase that refers to someone who originates from a different country. It should only pertain to people from other countries, not to people who have lived in Malaysia for a long time and have acquired Malaysian citizenship.

Well, I would say it perfectly replicates the current situation. Some good-for-nothing people in this 21st century are still instigating racist remarks.

Whether in the current pandemic or pre-pandemic, the country’s minority students have been the subject of intensified racial discrimination. Present with severe disruptions in their education, limited career opportunities and even little chances of getting a public university placement.

Let’s delve into why the phrase ‘Pendatang’ has made netizens spew their wrath on social media platforms. A few days ago, a Twitter user landed in hot water after her tweet on ‘PENDATANG’ went viral which triggered a heated debate among social media users.

In her tweet, she referred to an Indian student who scored straight A’s in the Sijil Pelajaran Malaysia (SPM) examination but was unable to get a placement in the Unit Pusat Universiti (UPU) or Bahagian Pengurusan Kemasukan Pelajar IPT (BPKP).

Unfortunately, Malaysians spew their wrath on social media by criticising the girl’s action on posting such an irrelevant term.

Youth Member of Parliament Kiran Raj Sathivel and a university student who wished to remain anonymous shared their take on the word deemed controversial, with Varnam.

Kiran Raj was the first who came up with the #SayaBukanPendatag hashtag before ‘The Loud Asians’ started the petition of #PendidikanUntukSemua.

It came as a surprise when Malaysian netizens were so engaged and supported this teen’s perspective with open arms. With more than 3K likes within a few hours, Kiran speaks up against the discrimination and racist terms via his Instagram post.

Even as many kept silent to appease the majority community, we the (Indian) community have been targeted with racism and xenophobia.

“I don’t understand why some people are still calling the Indians ‘Pendatang.’ We have our Malaysian identity card (NRIC), and our citizenship is Malaysian. Perhaps, this kind of issue should never arise and it clearly shows that our upcoming generation are deeply rooted with racial bias,” said Kiran.

Sarvesha (not her real name) recounted an incident that happened at an early age of 11-12. Hailing from Ladang Ulu Remis Tamil school, her Malay teacher had questioned whether her parents were ‘Pendatang.’ Doesn’t matter if it’s a yes or no, the teacher told her that she should return to India after a few years since that’s her country of origin.

Being an educator and knowing nuts about Malaysia’s history is just appalling and sad.

Indeed, the sheer number of successful Malaysian Indians are shining light around the world. Such pervasive racial stereotyping is detrimental and needs to be addressed. And what better time to do it than now?

In addition, a popular YouTuber and Social Media Influencer, Arwind Kumar has also spoken out about this current issue which is ongoing in Malaysia. He has indeed given a good explanation of the term ‘Pendatang,’ on his Instagram page.

Those who would like to know more about our Malaysian history, I would suggest you read the book ‘Racism and Racial Discrimination in Malaysia’. The book was written by Kua Kia Soong from his perspective of the historical and socioeconomic aspects of our Malaysian history.

It’s important to bear in mind that our words have repercussions, especially when it comes from any social media user. Racial slurs and derogatory statements should be avoided at all costs, especially in public discussions and on social media. 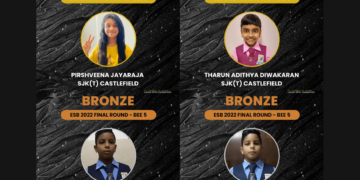 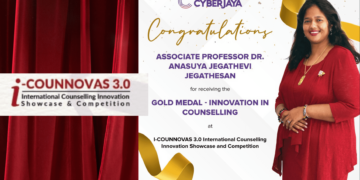