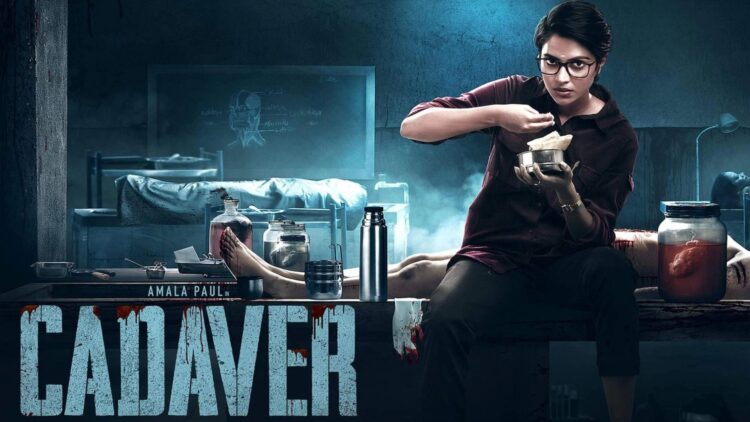 Amala Paul is back to blast your home screens!

Her most recent film, Aadai (2019), was a critical and financial triumph, thus it has been a while since we last saw her in a feature film. Amala has returned with a new movie that features a chill-inducing storyline that is based on true events.

Cadaver, a gripping forensic twist is set to make its premiere on August 12 on Disney Plus Hotstar that will be available in five different languages including Tamil, Telugu, Hindi, Kannada, and Malayalam.

Amala Paul who also played a major role in the film, made her debut as a producer. Along with her, cast to play the supporting roles are Harish Uthaman, Munishkanth, Athulya Ravi, Rithwika, Adith Rao, Ramdoss, and Nizhalgal Ravi.

Check out the hair-raising trailer of Cadaver;

The forensic investigative thriller directed by Anoop Panicker and penned by Abhilash Pillai. Dr Bhadra played by Amala Paul, is a forensic expert who takes on the case of the gang rape and murder of a young girl. The spine-tingling trailer starts off with a voicemail from the killer and gives us a sneak peek at the story’s web of intrigue.

Expect to be enthralled by the glamorous actor morphs into masculine-like character in the intriguing forensic flick.