Fascinated with the storyline! 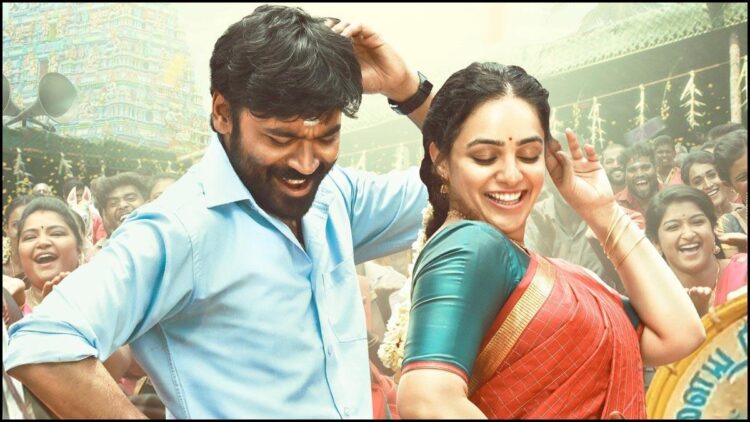 Indeed a beautiful slice of film that works because of its simplistic storyline!

It’s very rare to witness a beautiful bond of a man-woman friendship on screen. Yes, read that again!

Keeping that in mind, Mithran J Jawahar, an ace film director, has benchmarked his new film bearing the title, Thiruchitrambalam. The story revolves around a young man Thiruchitrambalam (Dhanush) working as a food delivery boy who loses his mother and sister due to a tragic accident. Since then, his world is all about his dad (Prakash Raj), granddad (Bharathiraja), and his childhood best friend (Nithya Menen). 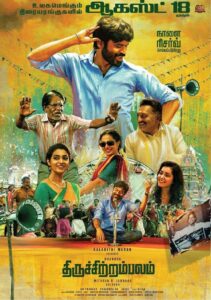 Dhanush and Nithya Menen combo will get you swept up in the sheer fun and frolic they unleashed on screens. Bharathiraja is an absolute hoot as Thiru’s quick-witted grandfather, generating some of the best hilarious moments with his one-liners and zany quirkiness. Never doubt his sense of humour. You’ll surely leave the cinema hall with a wide grin plastered over your face.

Besides being a talented yet dedicated lead actress, Nithya Menen’s role and attitude in the film will remind you of your female best friend (if you have one). 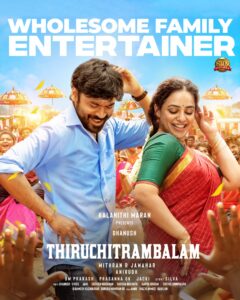 How does this eccentric father-son relationship unfold on screen?

It’s been a while since we saw Dhanush-Prakash Raj, the duo sharing the screen space since Thiruvilaiyadal Aarambam. And, there’s no doubt that Prakash Raj immaculated his role fantastically. Guess, every father will have to raise their hand towards their children to make thing rights.

After the twin debacles “Velaiilla Pattadhari (2014)” and “Jagame Thandiram (2021)”, Dhanush returns to his home genre that made him such a household name.

Movies such as Thiruchitrambalam are literally gems. We won’t get it often, but once this kind of film is released, it’ll be etched in our hearts and mind forever. The film shows that mind-boggling stories are not essential to captivate hearts on the silver screen. The plot of the three generations is too simple – it does not offer shocks or surprises. Instead, it is one of those endearing narratives where the cast’s performance and nuanced ways in which the director tells the tale overpower the predictable storyline.

You may feel very few films while watching the cast makes you feel like it’s the story and the cast portraying YOURSELF on the screen.

Besides classifying it as a wholesome stress buster, Mithran’s breezy narrative style keeps you hooked and fully emerges in the protagonist’s plight. Indeed an emotionally rich and endearing rom-com film, Thiruchitrambalam!