Readers Alert!! This review contains major spoilers, so skip it if you haven’t watched Sardar yet.

The much-buzzed Deepavali release, Sardar deserves all the hype it received for its engaging narration and intriguing plot. What is Sardar all about?

Helmed by PS Mithran, Sardar is an action thriller flick which starred Karthi in a dual role. Karthi (Vijay Prakash/Viji) who played the Policeman character tries to cover up the name of being ‘the son of a traitor’ by publicizing all the deeds he did as a cop. One day, when he tries to untangle the mystery behind the death of a protestor, it unveils an even bigger secrecy. Following that, the movie starts to fire up as Karthi finds more hints and clues which lead him to Bose aka Sardar. Then, the story will bring you what his father was up to until he was labeled as a nation’s traitor.

Throughout the movie, Karthi has shown how excellent an actor he was, playing a dual role is an easy-peasy task for him. The young version of Karthi was more entertaining to watch where there is a sprinkle of humour touch here and there especially pairing with Munishkanth who played as his uncle in this action flick.

Meanwhile, the older version of Karthi’s acting as a bold undercover spy was impressive whereby some scenes gives you goosebumps. One of them is the Sardar intro scenes in Bangladesh’s prison during a quarrel, it was just marvelous to watch. Overall, Karthi did a fantastic and laudable acting in this film.

Not related to this movie, but I have to say this. Karthi’s performance and acting in all the movies that were released this year was incredibly remarkable. A big kudos to Actor Karthi.

Raashi Khanna, Rajisha, and Laila have done a really good job portraying their characters convincingly despite having limited screen time. It’s also impressive how Chunky Pandey plays the antagonist. A special mention to the little boy, Rithvik who acted so well in this movie with good screen presence.

Next, the dialogue, screenplay and narration by PS Mithran was wonderful, most significantly, the in-depth research he did on essential facts about water resources is admirable. Apart from that, another important element that elevates the movie is GV Prakash’s musical touch throughout this movie.

If I had to sum-up Sardar, is indeed a great-intriguing movie that is worth watching with your whole family.

Sardar is distributed by LFS and is running successfully in Malaysian Cinemas. 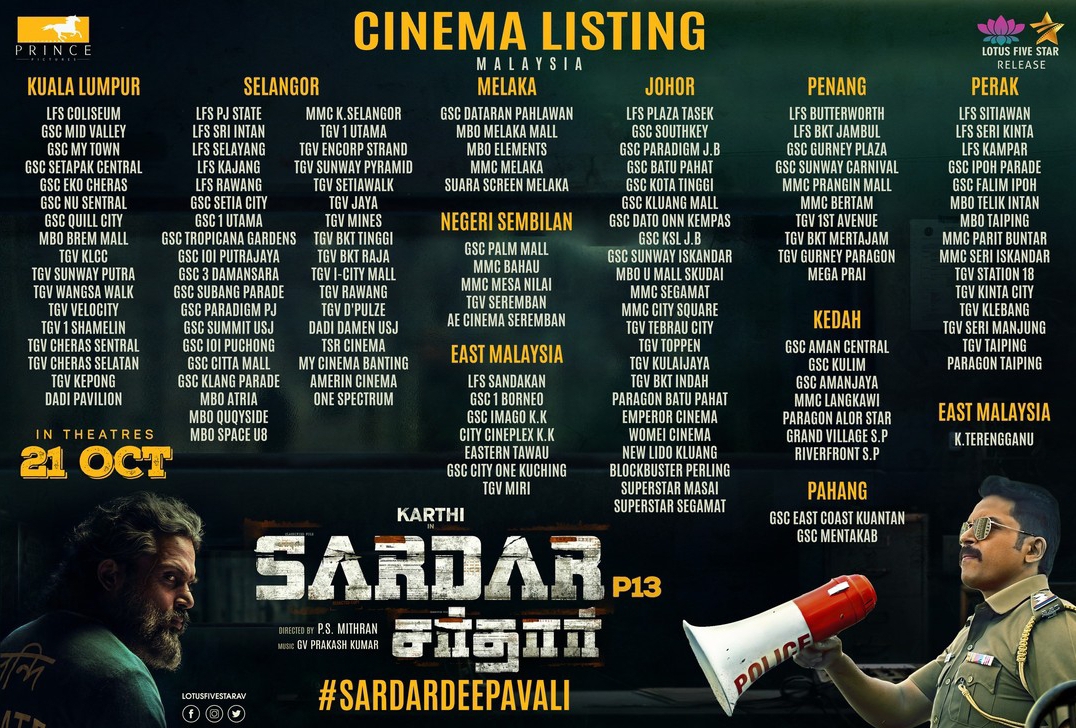 Have you watched Sardar? Let us know what you think 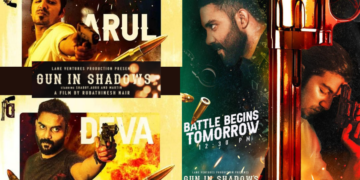