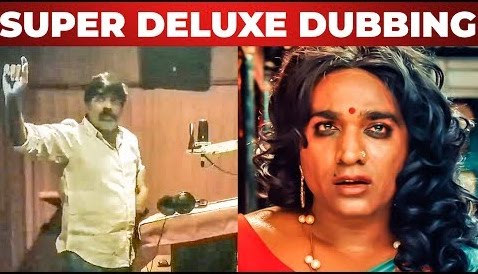 Earlier this week, we were all blown away by the intense trailer of Thiagarajan Kumararaja’s Super Deluxe. In under 24 hours, the trailer gained over 5 million views and fans cheering on the impeccable cast that features Vijay Sethupathi, Fahadh Faasil, Samantha Akkineni, Ramya Krishnan, Gayathrie and child actor Ashwanth.

The two-minute-long trailer is accompanied by a lengthy dialogue that Vijay Sehupathi narrates with different emotions and speech modulation. While the internet is flooded with fans trying to reenact this monologue, film makers have decided to release a behind-the-scenes video of Vijay Sethupathi dubbing the renowned script on twitter.

Filmmaker Thiagarajan retweeted the post and wrote, “Thun muyarchiyil satrum thallaraadha @VijaySethuOffl (sic)”, which is loosely translated as, “Vijay Sethupathi being relentless in his effort.”

Super Deluxe, which has been in the making for several years, is all set to hit the theatres on March 29.