Can we just take a minute to digest that a sexist veteran actor can say anything he likes and still get away with it?

Radha Ravi’s derogatory speech of Nayanthara has been the talk of the K-town. He slut shamed her in a press meet for her upcoming film, ‘Kolaiyuthir Kaalam’.The speech caught on so many controversies and many celebrities, including Chinmayi, Rana Daggubati and Vishal have Tweeted their opinion.

Chinmayi, who shared her story on sexual harassment by famous lyricist Vairamuthu,  using the #MeToo movement had so much to say about this.

Radha Ravi initially wanted to meet Nayanthara and her beau, Vignesh Shivan, to “explain” that he did not have the intentions to degrade her.

He then once again took the stage at the press meet of a short film ‘Enakku Innoru Mugam Irukku’.  He pointed out that director Perarasu had asked him not be scared by the controversies and he said that his family do not know what fear is. 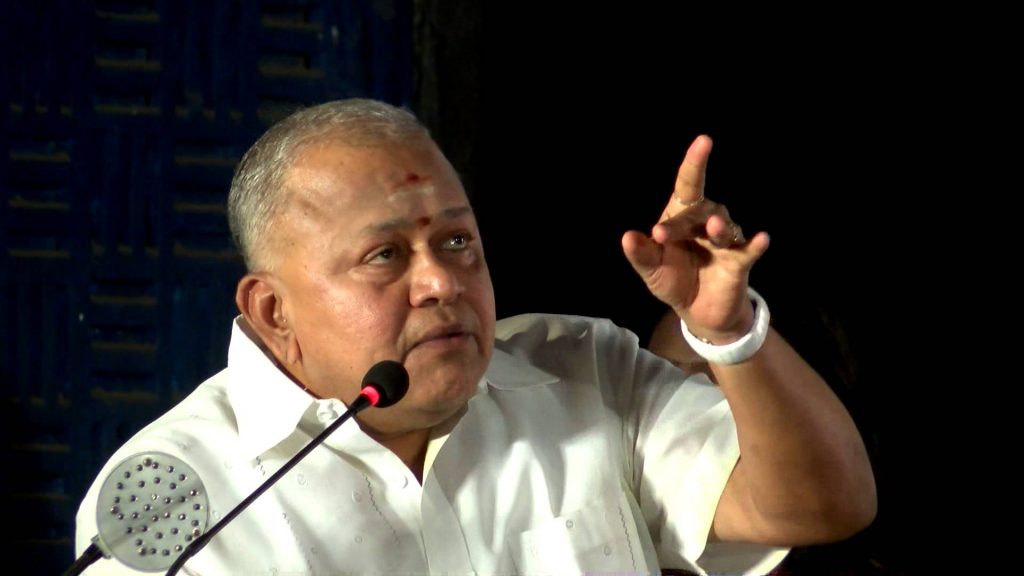 “Yes, I said that if anyone felt hurt, convey my regrets to them. I never apologized to anyone, it doesn’t run in my blood. Why should I apologize, have I done a heinous crime?” he said.

Radha Ravi believes that if he had said something so wrong, then the people who attended would have condemned it then and there.