It’s August of 2018. The scorching hot morning sees Saran Narayanan walk into a restaurant to meet his old sangeetham class senior and fellow musician, Siddarthan Nagarajan for breakfast. They wolf down their meals and finish up their coffee, and before saying goodbye, Siddarthan asks Saran, “Hey, let’s do a song together lah!”

Saran, equipped with his trusty iPad and headphones in hand, proceeds to a cafe as he usually does, to start work. He comes up with a beat, and immediately sends it to Siddarthan. It was love at first listen. Koothaadi, Saran’s latest production featuring vocals by Siddarthan, was released on October 29th. Just like all his other tracks, Saran composed the music and penned the lyrics for this tune. Fast forward two weeks, and Koothaadi is making international waves on BBC Asian Network, thanks to his good friend, Ashanti Omkar

The vocals for Koothaadi were recorded by Zallee White Noise, while the music was arranged, mixed & mastered by Saran’s good friend, Angel Kay of Canang Studio. The tune was produced by Ms Suba of Singapore and Mr Velmuruga of ITT. 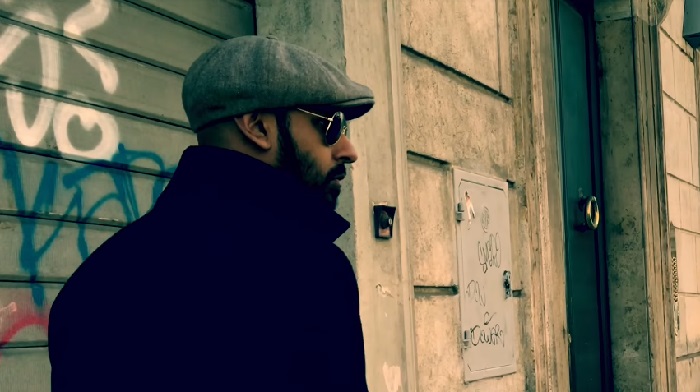 Many of us remember Saran. From the time of RTM’s Fiesta Deepavali to Nadaria and Nadasuara. Perhaps it was Astro’s Paadal Thiran Potti in 2003, where he made it to the finals, or a Baba’s television ad where he stood out as the dashing Indian chap with the flat cap. Or maybe it was his rich, creamy voice on the Thilak album. Saran has been around for a while, and he plans on staying.

He wears many hats, figuratively as well. Saran is a singer-songwriter, voice over artiste, jingle producer, Tamil copywriter and translator djembe player, geoshred artist and actor. He is one of the pioneers of the local music industry having released tunes like Kollathey, Paarvai, Kalainiyan and Sagiye. Navarasa was his last single, released almost six years ago. In spite of his accolades, he is humility personified. “I owe my parents everything,” he shares in an exclusive interview with Varnam. “We don’t realize how big an impact our childhood has on us,” he continues. “My parents were rubber tappers. They used to record the advertisements on the radio and play it while they fed my siblings and I,” Today, Saran’s core business is composing and producing jingles.

Under the banner of his company, Opuz Entertainment, he composes and arranges music for the advertising and entertainment industry.  “I’ve been idle in the entertainment scene as I was focusing on my business for the past 6 years. I was working on many projects, mostly ads, with a song or two in between,” he clarifies. It is the year 1999. The nation is on the brink of an economic collapse. But the show must go on. Saran has been working in a bank for three years. His colleagues sign him up for a singing competition. It’s his first time singing for a live audience. He completes his song, and the judge takes the microphone from him. “Please don’t sing like this contestant,” says the judge. Devastated, Saran walks out of the hall. A man stops him in his tracks, “Boy, I know you can sing. I have faith in you,” he tells Saran. Young Saran is comforted by this stranger, who turns out to be D P Gaana.

“It was because of that performance of mine and that chance meeting with D P Gaana, that I got my big break with RTM,” Saran recalls. “I then worked on a few devotional albums, one of which was Thilak with Sasi (the Don),”

A few months pass. Saran gets a call from Sasi, and agrees to meet him at a studio to work on a Deepavali ad. “I met the director of the commercial. Her name was Yasmin Ahmad,” he shares. Saran’s first Deepavali ad was for Tenaga Nasional Berhad (TNB), “It was a really nice ad, and mind you, this was way before Petronas ads became a thing,” he laughs. This ad led him on to more projects, with Malaysia Airlines and the likes. The year is 2003. It is a beautiful time when singing competitions aim to unearth real, raw talent. There are no votes for good looks, there are no pompous rappers masquerading as judges. There was even a talent round where contestants were free to showcase their other abilities.

Saran’s flair for composing drove him to partake in the singing competition. “I joined the Paadal Thiran Potti because I wanted to make it to the finale to perform my own composition. That was my goal. It was a time when local Tamil songs are unheard of,” Saran played the tabla, keyboard, and sang his own composition during the talent round. “And to my surprise, the audience in Arena of Stars enjoyed it, and even clapped along to the beat!” he reminisces with a smile.

“I’ve always been more of a musical person than a singer,” quips Saran. “Things have progressed so quickly. I remember recording on Digital Audio Tapes. Now, i work on my iPad to come up with the skeleton of a song or jingle,” Saran explains that composing has now become much easier as it is all computerized. “The Malaysian music scene has improved so much since i started off, almost two decades ago. The quality is really cinema standards. I am sometimes left guessing if a song is really local or not?”

His fiery passion of the Tamil language is captivating. “We only speak Malayalam at home. But my parents insisted i attend the POL (People’s own language) classes that my school offered,” he shares. It paid off. Saran is now a Tamil copywriter, translator and voice talent. “It is imperative to preserve the beauty of the language. Sadly many Malaysians who speak Tamil have a lackadaisical attitude towards it. Some mutilate the language unknowingly and then have the audacity to claim that this is how Malaysians speak Tamil,” he adds, vexed.

“Tamil is poetic. For example, the English word love can be translated into multiple words in Tamil, like anbu, paasam, nesam, kaadhal and they can’t be used interchangeably! That is just the tip of the iceberg!” he mellows down.

When Passion Pays the Bills 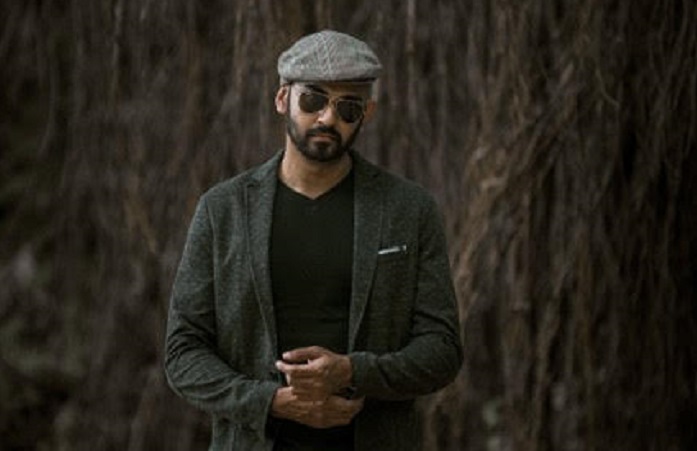 It is really a blessing to wake up everyday and work on your passion for a living. In a time where it was not fashionable to quit your job and pursue your passion, Saran did exactly that. His journey has been peppered with hurdles and barricades. Nevertheless, he let his craft speak for him, and it has paid off. Veterans in the local and international Tamil music industry now believe in him, because of his sheer talent.

He may not have a team managing his social media accounts, coming up with content on a daily basis. He shies away from events and values his privacy nowadays. His vision for himself is clear, and his priorities are all set. Most importantly, his love for music is stronger than ever, and Koothaadi is a testament to that.

So what’s next? Saran has been working on his track, Modhal. The teaser was released two years ago, and he promises that the track will be released before 2018 ends. He even hints at something extra, a collaboration with a popular Indian playback singer. He remains tight lipped about this, but we have a feeling that it’s going to be fantastic.

The Varnam team would like to wish Saran the very best on his future endeavors! Listen to Koothaadi on Spotify here. And if you’re as smitten by his good looks as we are, follow Saran on Instagram @sarannarayanan or on Facebook to see what keeps him busy.