When thrillers are even more thrilling and gives us the heebie jeebies! 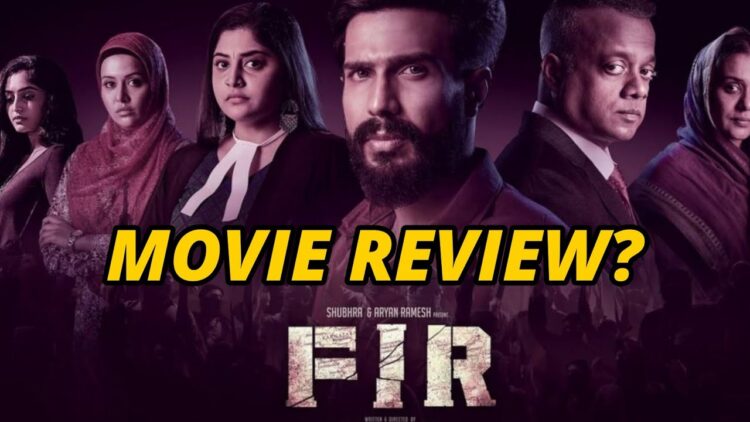 It’s true that screenplay is the life of a film!

The film revolves around Irfan Ahmed (Vishnu Vishal), a Chemical Engineer, who is falsely accused of being an ISIS terrorist named Abu Bakkar Abdullah responsible for deadly terrorist strikes in Colombo, Sri Lanka and Hyderabad, India. The National Investigation Agency (NIA) believes that Irfan Ahmed is the terrorist that they’ve been tracking down for a long time.

Is Irfan Ahmed a terrorist? Is he a naive young man? If that’s the case, how does he prove his honesty and integrity? These questions will be addressed throughout the film.

To make the film feel extremely real, Manu Anand, the filmmaker brilliantly integrates real-life terror incidents, particularly the Easter Sunday Colombo blasts. Irfan’s transformation into a suspect is also nicely portrayed. We can see how prejudice plays a big part in this. At one point, a protagonist informs Irfan that he has received substantial attention because of his name, and you would eventually realise that this is true.

Packed with solid punch dialogues, the film keeps the screenplay racy, but it also stays consistently gripping, despite the presence of over a dozen significant characters.

Another important aspect of the film is the terrorism theme, which is rarely portrayed in Tamil cinema. FIR is one of the best commercial films in this space since it does it with finesse and without going overboard with the approach. This film made us hold our breath for the majority of it fast-paced, nail-biting tension that builds thanks to Vishnu Vishal’s incredible performance. He needs a pat on the back tho!

One of the major centrepieces in the film will be the female characters which were played by Raiza Wilson, Reba Monica John, and Manjima Mohan.  All of them have significant roles to play, with each of them making an impression in a highly unconventional role.

The background score is highly energetic, supporting the dark tone of the visuals, fast-paced editing transports us to the world of crime. The cinematography is top notch giving a grey shade to the whole flick.